Pet dog missing for 3 years found 1,200 miles away in Indiana, reunites with her Texas-based family 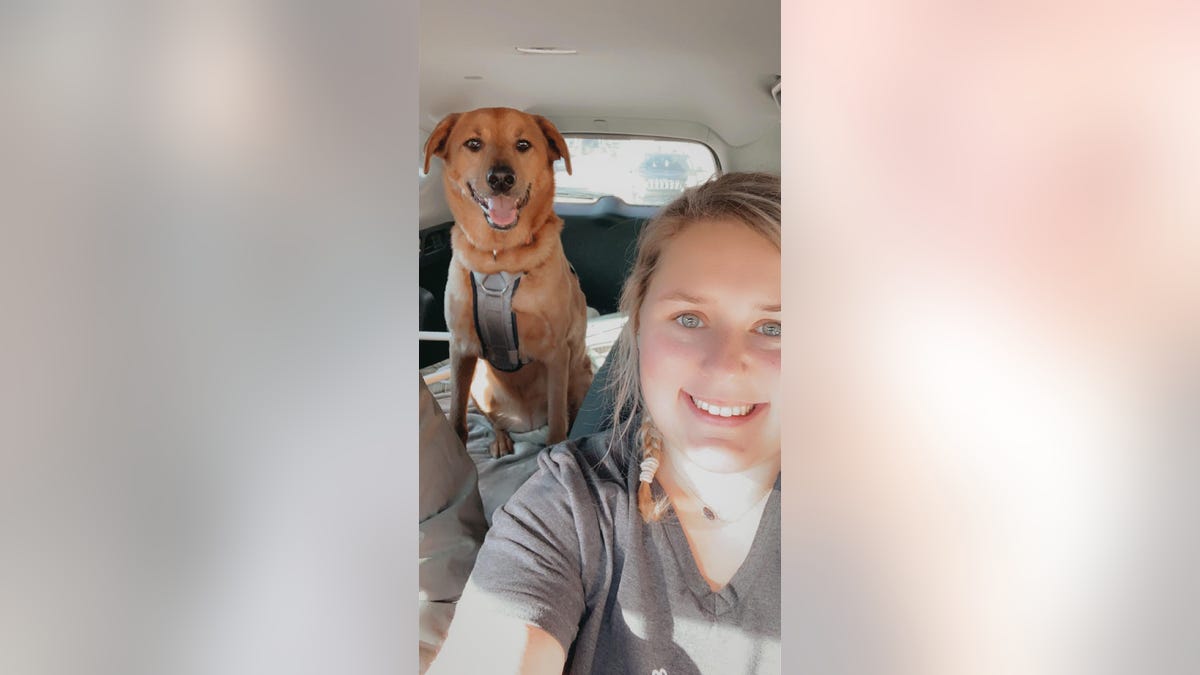 It’s nice when stories have a happy ending.

Three years ago, the Skelton family was devastated when their beloved pet dog, Daisy, was lost. The family had no idea what happened to her, but they say they never gave up hope that they would find her one day. 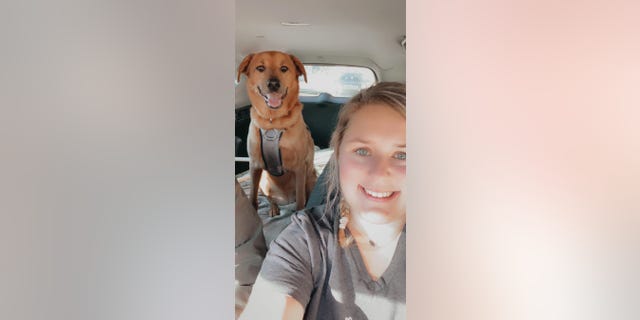 Katrina Skelton spoke with Fox News about finding out her pet dog had been found after going missing three years ago.
(Katrina Skelton)

Recently, Daisy was found in Indiana, which came as a complete surprise to the Skelton family, who live near Dallas, Texas.

Katrina Skelton spoke with Fox News about the amazing story, which ended earlier this week when Katrina and her husband finally brought Daisy back home after driving out to Indiana to pick her up.

“I had Daisy’s missing poster as my Facebook profile picture for an entire year after she disappeared,” Katrina explained. Since Daisy was micro-chipped, Katrina said she would still check the site every few weeks to see if the chip had been scanned. 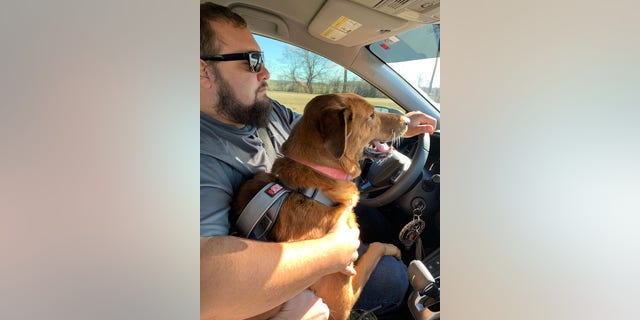 The Skeltons immediately drove from their home in Texas to pick up Daisy, who had somehow made her way from Texas to Indiana.
(Katrina Skelton)

Last week, Daisy wandered up to a house in Indiana. The owners took her in and scheduled a trip to the vet. When they scanned the chip, they discovered that Daisy belonged to the Skeltons, and gave the family a call.

Katrina said she has no idea how Daisy ended up 1,200 miles away from home, but she does have some theories. Daisy sits well in a car, so Katrina thinks it’s possible she was picked up by someone traveling through Texas. It’s also possible that she was taken in by a family that lived in Texas who then moved to Indiana.

While it’s clear that Daisy was taken care of wherever she was, whoever she was staying with either never scanned her microchip or never bothered to contact the family. 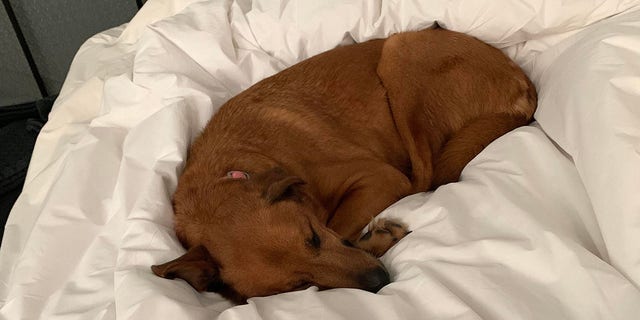 Katrina said that she never thought she would need to use Daisy’s microchip, but that it ended up being a "lifesaver."
(Katrina Skelton)

As soon as she discovered Daisy was in Indiana, Katrina and her husband immediately began planning to make the car ride from Texas to Indiana. Within a few days, they were on the road.

When they were finally reunited, Daisy seemed a bit overwhelmed. She quickly seemed to remember Katrina and her husband, however.

When she finally got home, Katrina says that Daisy immediately recognized the family’s other dog, Duke.

“They were jumping around and whining, they were so excited,” she said.

Daisy was the family’s first dog, and she was there before Katrina’s kids were born. According to Katrina, Daisy was very close with the kids, and she can’t wait to watch them reconnect. Katrina said that before they picked up Daisy, they were sure that Daisy would remember the kids, no matter how much time had passed.

“Get your pets micro-chipped,” Katrina warned. “We never thought it was something that we would need or use, but it is a lifesaver.”

Morning habits doctors and psychologists wish you would do