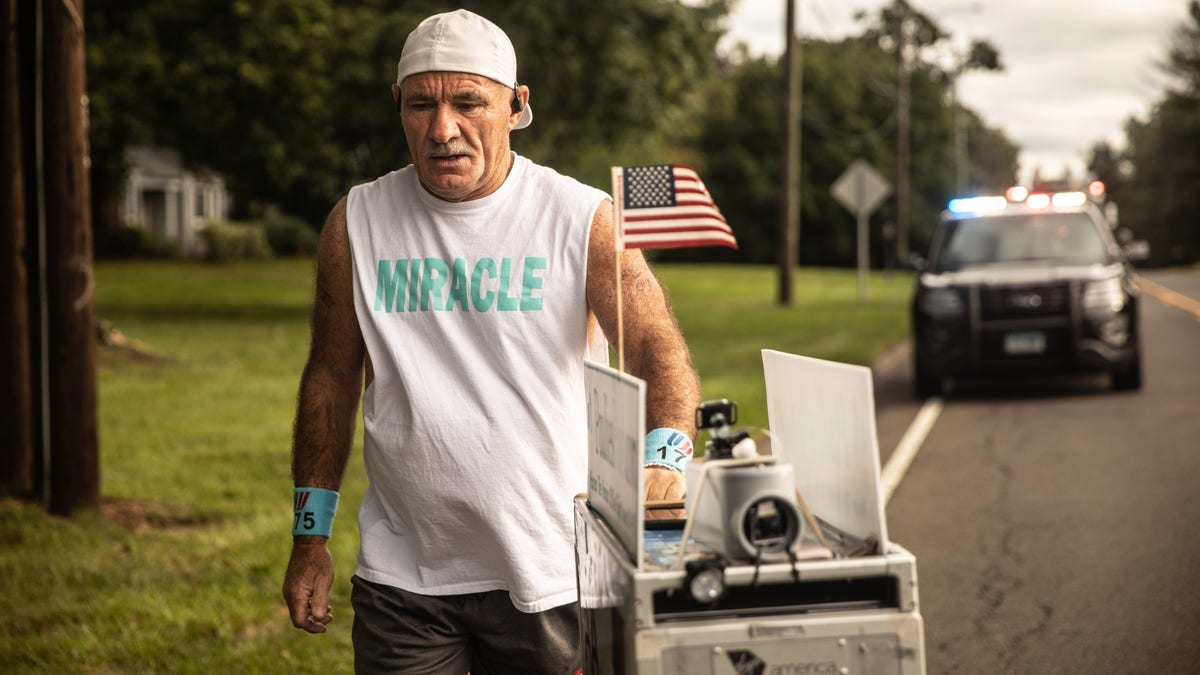 Three weeks after he started, Paul “Paulie” Veneto is finishing his 220-mile journey to Ground Zero.

Veneto, a 62-year-old former flight attendant from Braintree, Massachusetts, has been pushing a beverage cart from Boston’s Logan International Airport to Ground Zero since Aug. 21 as a way to honor his colleagues who died in the September 11 attacks.

He is completing his journey on Saturday to mark 20 years since the attacks.

“I knew it had to get done, this story had to be told,” Veneto told Fox just a few days before he arrived at Ground Zero. “That was the main focus for me, I needed to make sure these guys are recognized. And so I knew what I was doing was important for their families, that it needed national coverage. I had to do something no one’s ever done.”

Immediately, Veneto’s journey – which he’s calling Paulie’s Push – was met with obstacles. On the day he set out from Logan International Airport, Hurricane Henri was headed to New England. 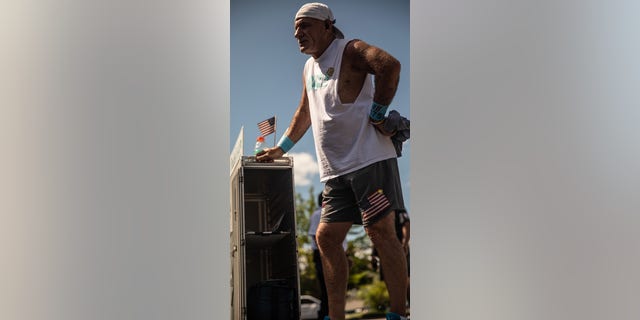 Paul Veneto, a 62-year-old former flight attendant, has been pushing a beverage cart from Boston to Ground Zero to honor his colleagues who died in the September 11 attacks.
(Ian Stoker-Long, Courtesy of COMPEL)

“They didn’t think I’d do five miles and I did 18,” Veneto said. “So then, of course, in Connecticut, I got the other hurricane, Ida, come through there. So I was put to the test and nothing stopped me.”

“I said right from the start, nothing’s going to keep me from getting this beverage cart to Ground Zero,” Veneto added.

He said that every day, he reminded himself he had to keep pushing the beverage cart, regardless of what obstacles – or weather – he faced.

Despite his long journey, Veneto said his journey is “nothing” compared to what the flight attendants and crew members who died on 9/11 “endured and what they were able to accomplish.”

“That’s a true American hero, fighting against trained terrorists,” he said. “It’s unbelievable. They were the first, first responders on 9/11. They just were. And they should be recognized. That’s why I did what I did.”

Veneto, who spoke to Fox News from the Bronx earlier this week, explained that his journey has been “more than I expected.”

“It turned into something I had no idea was going to happen, but it was quite an adventure, I’ll tell you that,” he said. “I see all these people in the street with signs and stuff, it’s just amazing. Absolutely amazing.” 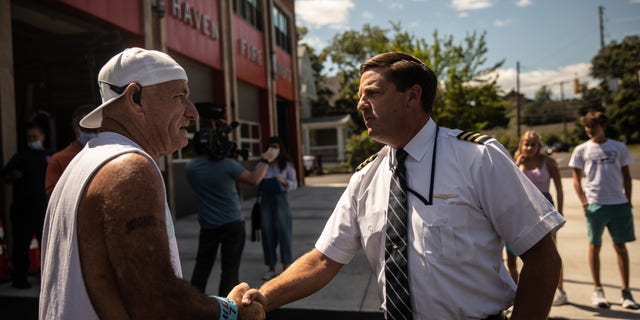 Veneto will complete his journey on Saturday to mark 20 years since the terrorist attacks.
(Ian Stoker-Long, Courtesy of COMPEL)

He added that physically and mentally, he felt “pretty good,” despite the long journey.

“I guess the training paid off,” he said.

Fox News previously spoke to Veneto ahead of his journey in July, while he was still training for the trip.

He explained at the time that the inspiration for the journey came from “common sense.” 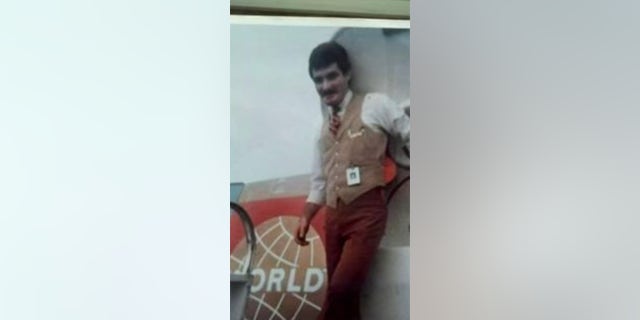 “I’m not going to walk to New York – people walk, people run … what do flight attendants do?” Veneto said at the time. “Everyone knows what a flight attendant does, they push a beverage cart down the aisle.”

The cart Veneto has pushing has the American Airlines and United Airlines flight numbers on the sides, with photos of the crew members and flight attendants on the top, so “I’m looking at them every day,” he said.

Veneto was a United Airlines flight attendant around the time of the attacks and even worked on Flight 175. He said he knew many of the crew members who died.

“Every anniversary that came up, I thought about them,” Veneto said. Veneto started his journey on Aug. 21, right when Hurricane Henri was headed to the Northeast. Despite the storm, Veneto told Fox he still walked 18 miles that day.
(Ian Stoker-Long, Courtesy of COMPEL)

Veneto said he often thinks about how flight attendants responded during the attacks, calling ground control and encouraging passengers.

“Those crew members, they rallied together under extraordinary conditions,” Veneto said. “That was America.”

After 9/11, Veneto said he struggled for many years with an opiate addiction, finally getting sober in 2015, according to his website. However, he told Fox that he doesn’t want his recovery journey to “overshadow” the main purpose of his walk from Boston to New York. 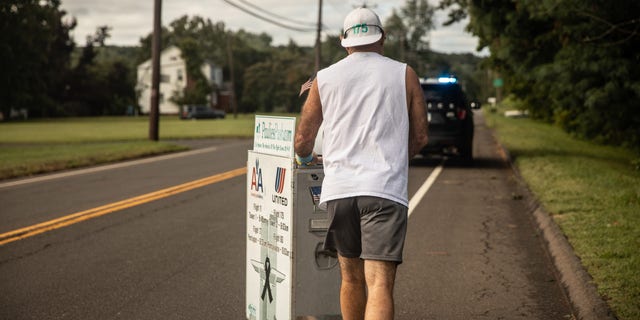 He told Fox News: "I said right from the start, nothing’s going to keep me from getting this beverage cart to Ground Zero."
(Ian Stoker-Long, Courtesy of COMPEL)

“I’m just so grateful that I was able to turn my life around … And now I’m able to do what I’m doing,” he said.

Veneto said he’s glad he can draw attention to the heroism of the flight attendants after “what we’ve all been through,” with the coronavirus pandemic and political tensions of the last year-and-a-half.

“It’s not about any of that stuff,” he said. “Right now, it’s, [let’s] recognize these guys. And hopefully, the rest of us can all get along.”