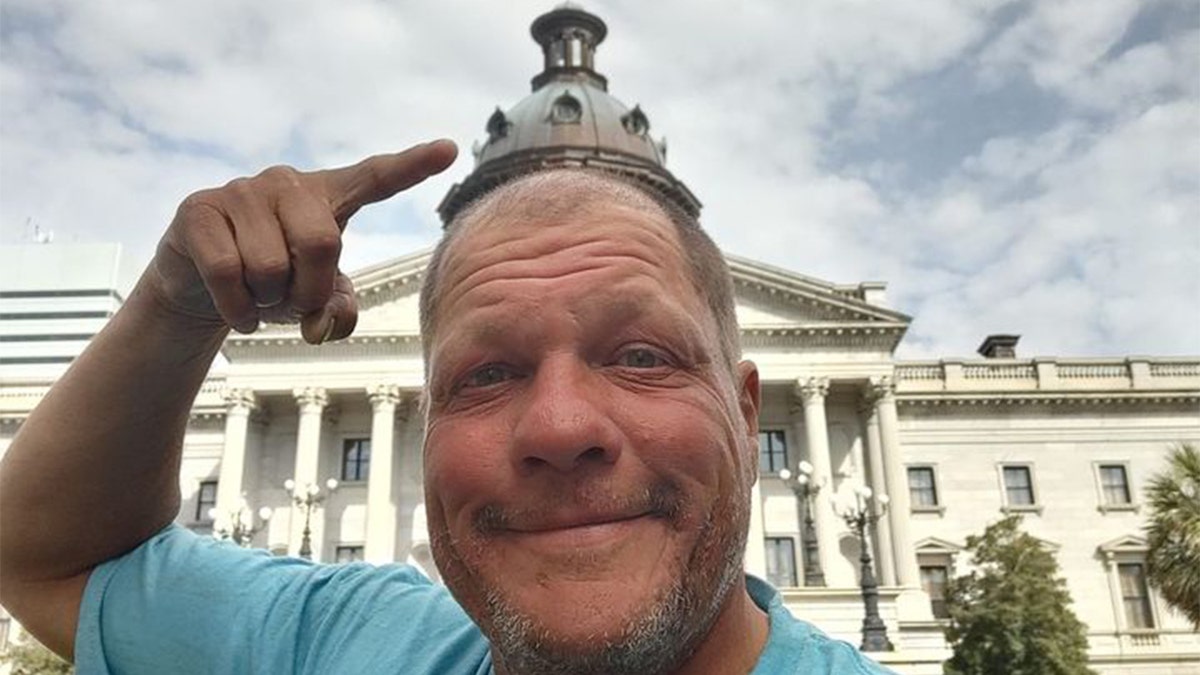 A New York man who has been cycling to all 50 U.S. state capitals has revealed that no matter where you go in the country, you’re likely to run across one thing: churches.

Bicycling from the Peach State to the Palmetto State, Barnes said he felt an immediate change from the “beautiful, scenic” countryside of Georgia to more activity and recreation in South Carolina.

“As soon as you cross the bridge,” said Barnes, “it’s a different kind of energy.” 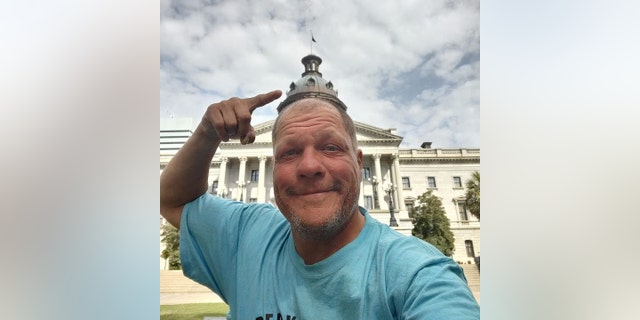 Upon arriving in South Carolina, he noticed boats, campers and an array of golf courses.

Barnes, who has said he enjoys cities, pointed out that he appreciated the change of pace, which lasted for him throughout the entire state.

“When you roll into a town like that … you just feel welcomed.”

“I definitely like the activity and the energy,” he said. “It was a nice change.”

Barnes attributed the “bustling” spirit to the University of South Carolina, located in the city of Columbia.

“That was pretty cool.”

Barnes also enjoyed the smaller, clean and colorful towns he went through in South Carolina. 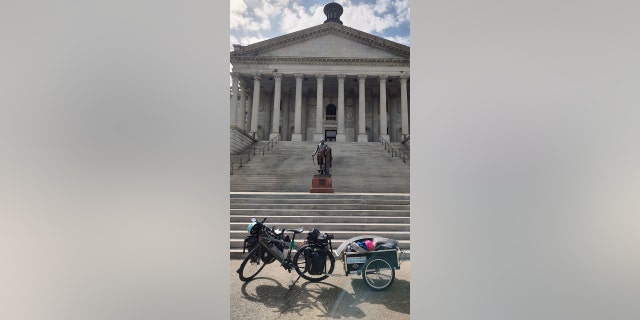 While he was in Columbia, Barnes said there was a high level of energy he generally hasn’t experienced in capital cities.
(Bob Barnes) 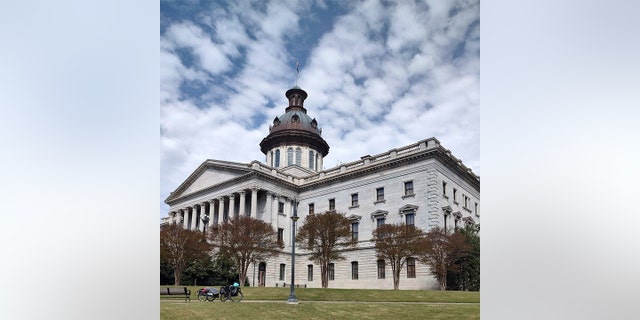 Barnes attributed the "bustling" energy to the University of South Carolina, which is right in the city. "It’s just swarming with college kids everywhere."
(Bob Barnes)

“It’s very warming,” he added. “When you roll into a town like that … you just feel welcomed.”

“You can just walk into the forest and you’ve got the pine needle floor, which is soft, and you set up camp, and you’re good to go.”

‘My third official wreck on this trip’

Barnes, who previously experienced a dangerous close call biking on Georgia roads, did have one mishap while in South Carolina.

On one of the state’s “dirt” roads, he turned a corner — and the dirt on the road turned into sand. 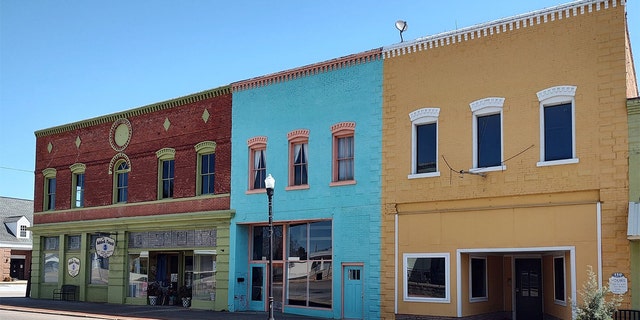 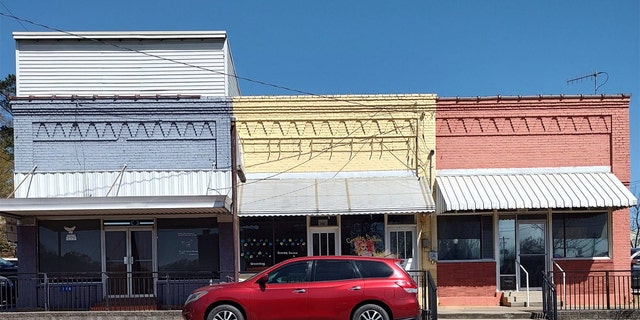 "When you roll into a town like that … you just feel welcomed," Barnes said of South Carolina’s "clean and colorful" towns. Here is another photo that Barnes took in Saluda, South Carolina.
(Bob Barnes)

“South Carolina’s very sandy,” he added. “Sand is the mortal enemy of a cyclist.”

Barnes said the sand was at least a soft landing — and he was able to get up quickly and move on his way. 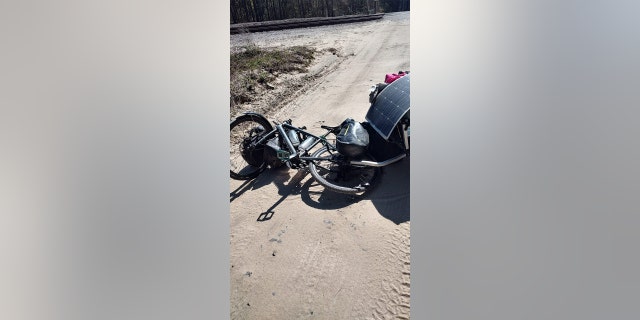 Barnes did have one mishap in S.C. When he turned onto a sand road, he had a "wreck," he said, and fell off his bike. He wasn’t injured, fortunately.
(Bob Barnes)

Aside from his fall, Barnes said the cycle through South Carolina was “pretty uneventful.”

“You can go anywhere in this country, you’re going to see a church. It’s fascinating.”

“When I say uneventful, it’s always a good thing because nothing bad happened,” Barnes said.

“So I’ll take uneventful because we’re still making our way.”

As with some of the previous states he visited, South Carolina explains a lot of its history on plaques throughout the state, which Barnes started to look forward to, he said.

“Everywhere you roll into, there are the signs and things like that,” Barnes said. “The history’s nice to follow up on and read as I go along. I’m actually learning stuff. It’s pretty cool,” he added. 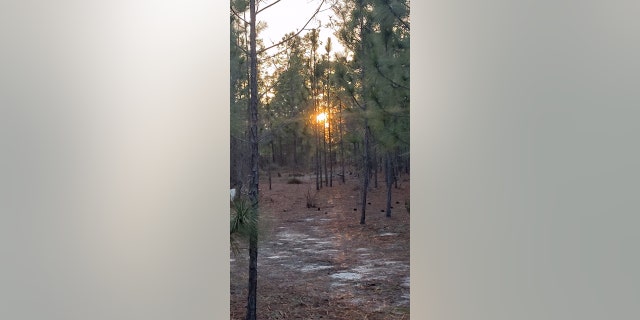 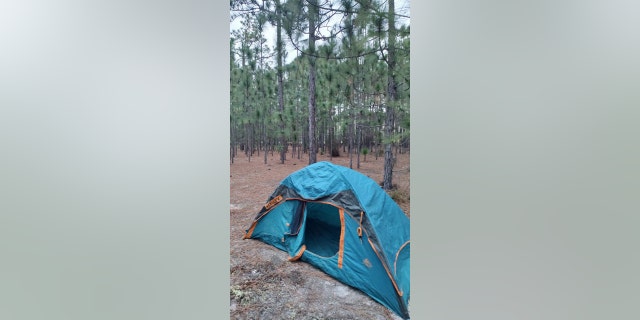 "You can just walk into the forest and you’ve got the pine needle floor, which is soft, and you set up camp, and you’re good to go," Barnes told Fox News Digital.
(Bob Barnes)

Barnes also revealed his discovery of numerous churches during his American journey so far.

“You can go anywhere in this country, you’re going to see a church,” Barnes said. “It’s fascinating. All over this entire country.”

“They change — like in the South, we’re at a Baptist church,” he continued. “In the North, it’ll be something else.”

Although Barnes explained he’s not a religious person, he also said, “I appreciate churches.”

Barnes is now headed through two states he already visited — North Carolina and Virginia — as he makes his way to capital number 34 for him: Charleston, West Virginia.

Stay tuned for more of his “biking across America” adventures!

Fox News Digital has been following Barnes’ journey across America and detailing it for readers in this unique Lifestyle series. To catch up on — or enjoy once more! — his previous three trips before the one described here, read more below:

New York man biking across US ‘literally feels’ Alabama’s rich history: ‘You get the shivers’