Minnesota woman drops 117 pounds after losing her job amid COVID: ‘A healing journey’ 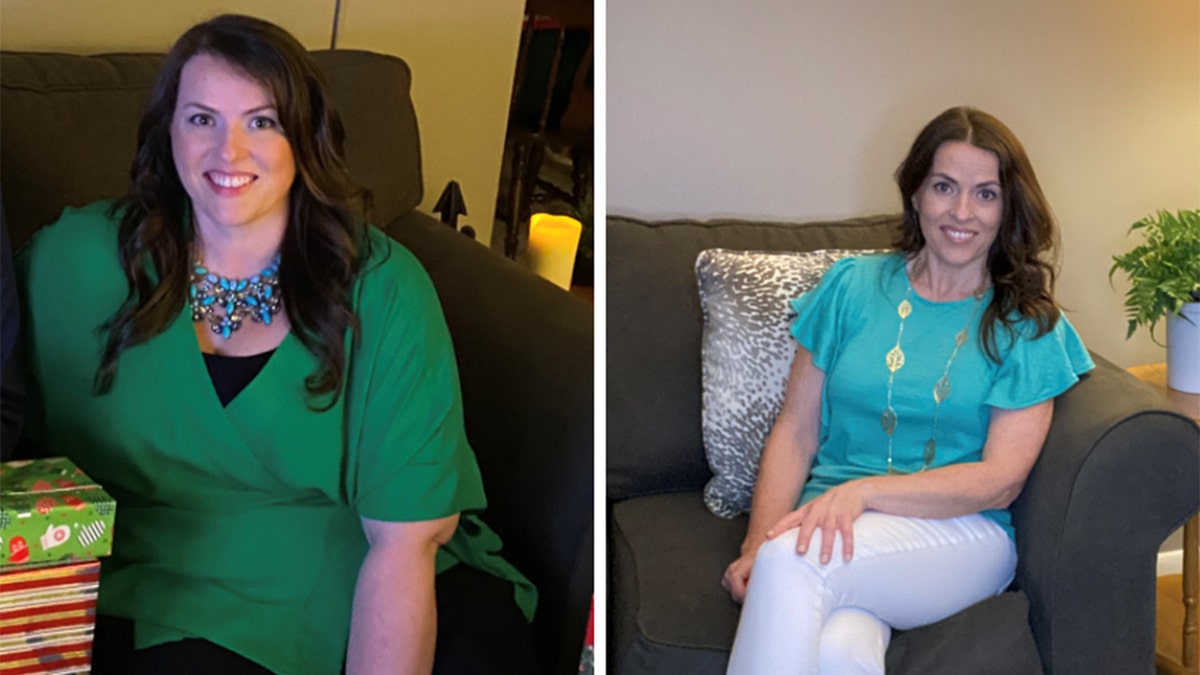 After hitting a low point in her life amid the COVID pandemic, a Minnesota woman vowed to improve her health and her lifestyle — eventually leading her to lose roughly half her body weight.

Like so many other Americans, Katie Schmitt, 43, of Rochester, was laid off from her job in June 2020, during the first year of the coronavirus pandemic.

She had worked, at that point, at the same nonprofit for 10 years, she said.

Schmitt was about 100 pounds overweight, had high blood pressure and had low energy, she said.

“I was thrown into a different life during the pandemic,” Schmitt told Fox News Digital during an interview. “It was a really dark time, I think for a lot of people, and I definitely felt that.”

FORMER ‘JEOPARDY!’ WINNER SHEDS 200 POUNDS: ‘I WAS ABLE TO STICK WITH IT’

That’s when Schmitt began evaluating her goals for the future. 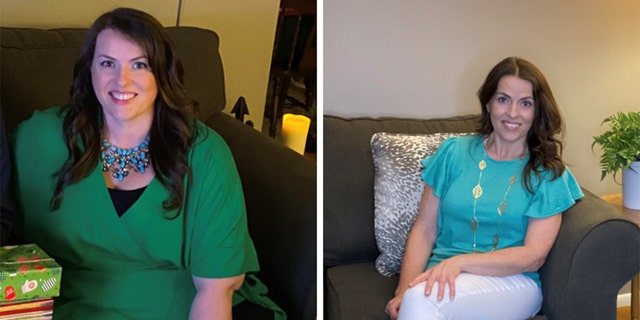 Katie Schmitt, 43, of Rochester, Minnesota, lost 117 pounds during the coronavirus pandemic. It was an intentional journey of self-care.
(Katie Schmitt)

“As I was doing that, I recognized that my weight would hold me back,” Schmitt said.

At the time, Schmitt said she was about 100 pounds overweight and had high blood pressure and had low energy. She also struggled with depression after losing family members, she said.

So after doing research into various programs and methods of weight loss, Schmitt said she landed on WW (formerly known as Weight Watchers), joining in November 2020. At the time, she weighed 240 pounds.

Schmitt had tried weight loss strategies before that but would often quit after less than a month. This time, she made a plan and stuck to it. 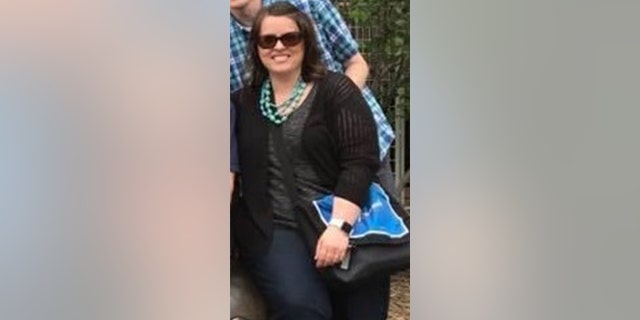 In June 2020, Schmitt lost her job of 10 years due to budget cuts during the pandemic. That spurred her to start thinking about her goals and her future, she told Fox News Digital.
(Katie Schmitt)

“I said, ‘I’m going to follow this beyond those three weeks and at that three-week period, I’m going to be on target with myself,’” Schmitt said, adding that she checked in with herself on an hourly basis.

“I was thrown into a different life during the pandemic.”

“I would ask myself, ‘Am I really hungry? Is this a real hunger or if I have a cup of tea, is that going to be a better option for me right now?’ Or maybe I’m just feeling a little anxious and I need to take a walk,” Schmitt said.

In those moments when she thought eating would make her feel better — she looked for other options.

“It was really about building those self-care habits and skills,” Schmitt said. “I had a list of options printed out, [showing] what else I [could] do besides eat.” 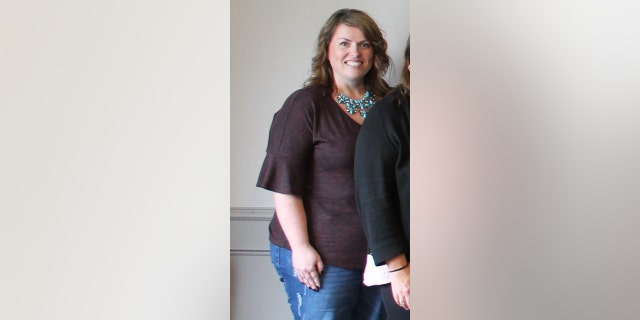 "I was taking that time to reflect on what I wanted to do next in my life and kind of mapping out my dreams and my goals," Schmitt said. "As I was doing that, I recognized that my weight would hold me back."
(Katie Schmitt)

Schmitt’s secret was to make her journey more about healing than weight loss.

She first focused on her sleeping and eating habits. She made it a point to not look at the number on the scale, either.

“I know that sounds crazy, but that’s really what happened for me,” she said. 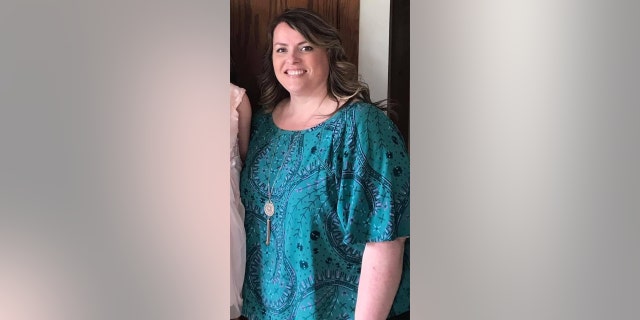 Schmitt said that at 240 pounds, she struggled with depression. "I was just feeling awful," she said.
(Katie Schmitt)

Eventually, Schmitt eased into activity by adding 10-minute walks to her daily routine.

“My knees hurt, my hips hurt, my body was sore from carrying that extra weight and so it was really important for me to start moving. But I knew I couldn’t just go from zero to 100 miles per hour,” Schmitt said.

Schmitt began focusing on what she was bringing into her life — including getting more sunshine and reading poetry — rather than what she was restricting or removing. 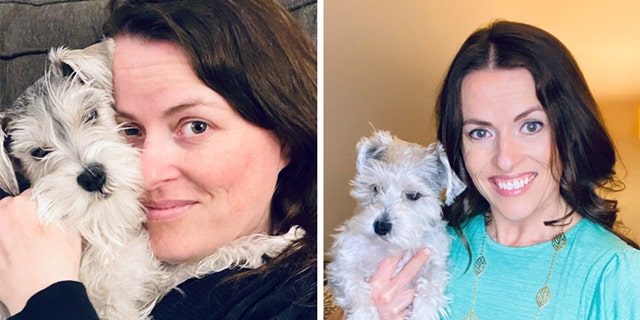 In November 2020, Schmitt committed to sticking with her weight loss goals by checking in with herself regularly, sometimes even hourly, and by making her efforts more about healing than about a specific number on the scale.
(Katie Schmitt)

“I was creating in my art studio. I was finding ways essentially to pass the time while I was on this journey so that it felt better, it felt beautiful,” she added. “That was really important to me, to create something that was beautiful and not just about exercise and food.”

WOMAN LOSES 130 POUNDS BY ‘HABIT-STACKING’: ‘FOCUS ON PROGRESS, NOT PERFECTION’

Schmitt challenged the common idea — something she’d heard all her life — that weight loss is “hard.” Instead, she wrote lists in her journal about positive habits and self-care.

“I believed it,” Schmitt said about the notion that losing weight is difficult. “I thought, ‘Well, then, it’s not for me. I can’t do it because it’s hard.’”

“Do I feel healthy? Do I have the energy?”

As she lost weight, Schmitt said she was motivated to keep going because of how she felt. “I was getting rewarded with better energy [and] feeling better,” Schmitt said. 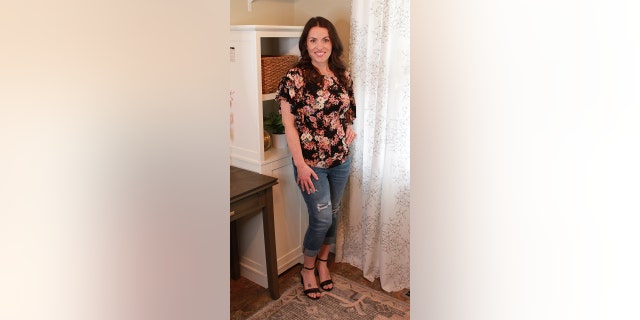 "I really focused on this as a healing journey," Schmitt said. "I was very gentle with myself, as opposed to other attempts at weight loss. I really looked at [it this way]: How do I approach this and get benefits at this early stage?"
(Katie Schmitt)

Though the coronavirus pandemic was challenging for Schmitt, she said that losing weight was actually a way to “control something in my life.”

“That health and wellness piece was something that I could latch onto, to get me through some of those things that were way out of our control during that time,” Schmitt said of the pandemic.

One of the challenges for Schmitt, while she worked on losing weight during the pandemic, was the isolation from her friends and family – but having the support of her husband was essential.

“My spouse was really important,” Schmitt said. “He was on board in terms of helping prep food, he would eat the food that I cooked… We were in it together, in those terms.”

Schmitt said she also relied on the social media function of the WW app, where she followed and talked to people who had overcome some of the same challenges she was trying to overcome.

“That, for me, was everything,” Schmitt said. “I would ask people questions, people who were in the same weight loss journey… they were the people who had done it.”

Schmitt said her initial goal was to lose 100 pounds.

Once she hit her original goal weight of 140, Schmitt decided to lose another five pounds to see how she felt. 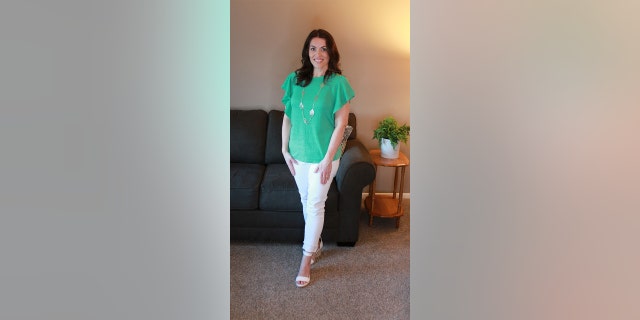 Schmitt said she was also "challenging this idea of weight loss being hard," which is something she had heard her whole life. Instead, she focused on the ways she could make losing weight easier.
(Katie Schmitt)

When she did, Schmitt said she asked herself: “How does this feel on my body? Do I feel like it’s hard to maintain? Do I feel healthy? Do I have the energy?”

“It’s much easier than I thought it would be at this point.”

After that, Schmitt lost another five pounds and asked herself the same questions.

She did that again for a third time before settling on her current weight.

Today, Schmitt weighs about 123 pounds — so she’s down 117 pounds from her starting weight back in November 2020.

Schmitt said she’s been able to maintain her weight of between 123 and 125 pounds for the last three months. 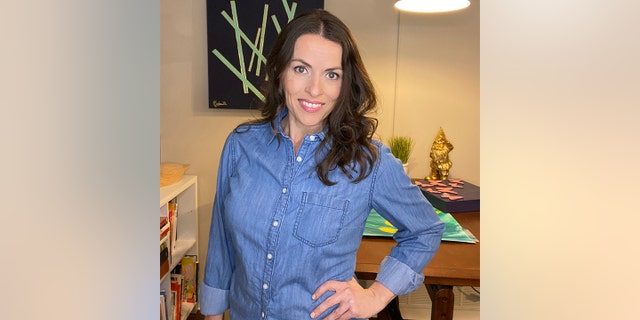 “It’s much easier than I thought it would be at this point,” Schmitt said.

“It feels really good,” she added. “I’m at a healthy BMI [body mass index], my blood pressure is down [and] my doctor is super happy.”

‘Time is going to pass either way’

Schmitt has advice for those seeking a lifestyle change.

Be “gentle with yourself,” she said. “You can’t hate yourself thin,” she said, adding later, “Let your body set the pace.”

“You get to re-imagine what weight loss looks like.”

“I remember thinking, ‘I’m in this big hole, I need to find a way to dig out and I want it done tomorrow. I don’t want to live like this anymore,’” Schmitt said. 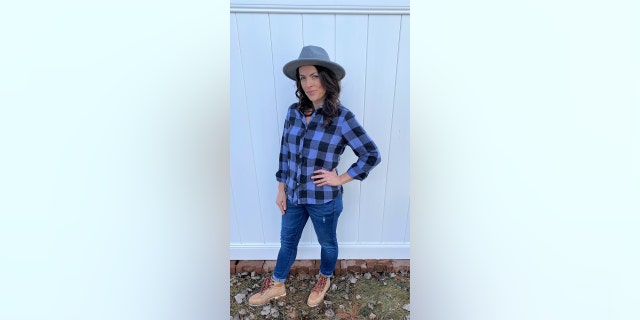 Today, Schmitt weighs 123 pounds, which she said she’s been able to maintain for the last three months. "It feels really good."
(Katie Schmitt)

“The reality was, time is going to pass either way,” she continued. “And I have a choice during this time to get healthy, or I can continue to eat poorly and not exercise and not feel good.”

Schmitt also suggested thinking of weight loss as a lifestyle — rather than as a short-term solution or program to follow.

“I think that is the opportunity … You get to re-imagine what weight loss looks like,” Schmitt said.

“It doesn’t have to look like an exercise video,” she added. “You can decide what that looks like for you.”