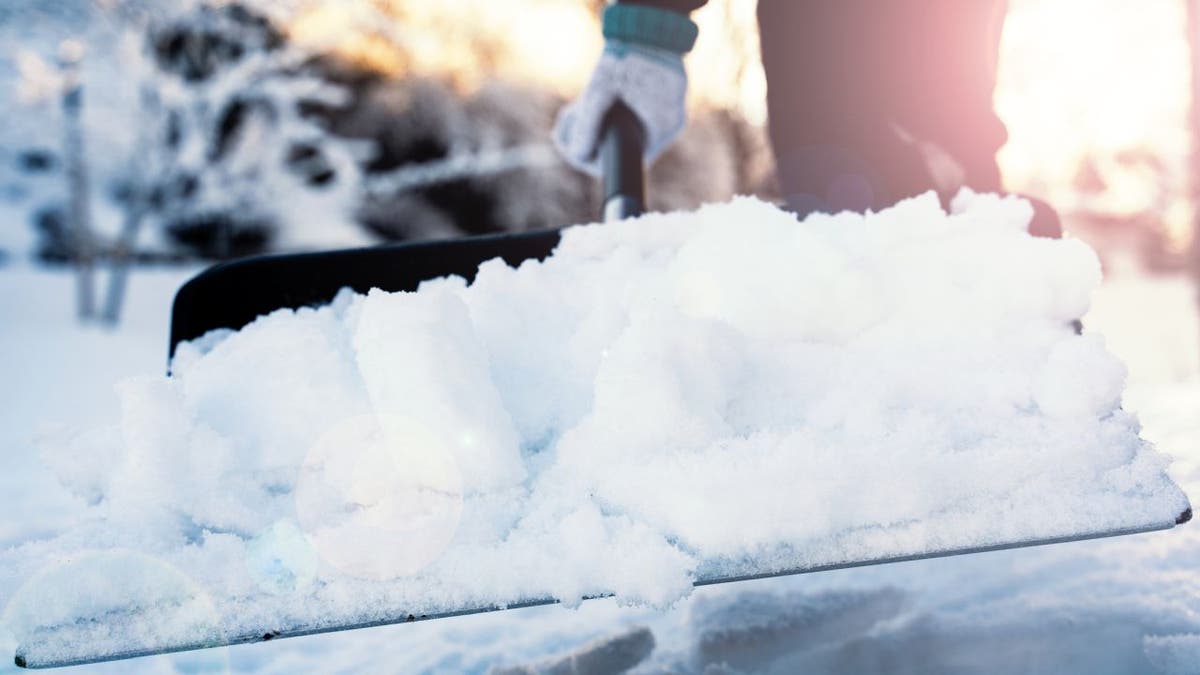 A man’s simple tweet about his wife shoveling snow after a long work shift stirred up a larger debate on thoughtfulness and gender roles.

Jon Reyes, a cabinet minister in Manitoba, Canada, shared a tweet on Saturday commending his wife for clearing out their driveway after working an overnight shift.

MOM TAKES OUT BILLBOARD IN TIMES SQUARE: ‘DATE MY DAUGHTER’

“Even after a 12 hour night shift at the hospital last night, my wife still has the energy to shovel the driveway,” Reyes wrote in the Jan. 8 post, which included a photo of his wife – Cynthia – hard at work. “God bless her and all our frontliners. Time to make her some breakfast.”

“Why didn’t YOU do it?” another top-liked comment reads. “And if you legitimately cannot for some reason, why don’t you pay someone to do it for you so she can come home to a clean driveway and go straight to bed?  What is wrong with you?”

Several other commenters made jokes or hurled insults at Reyes’ expense with the little context provided in the tweet. Many of the tweets criticized the minister’s work ethic because the driveway wasn’t cleared ahead of time and he had tweeted about watching a tennis match earlier that morning.

Some Twitter users were more hopeful and forgiving – though they were few and far between.

“Why does everyone assume he never helped?” one commenter asked. “Just a thought. If I saw my SO shoveling, my first reaction wouldn’t be to go help. She is perfectly capable. I’d cook her breakfast, call her in to eat, enjoy time with her then go out and finish what she started.”

“So where’s the uproar for years of women posting pics of [their] men doing labor like cleaning the pool, cleaning gutters, mowing lawns and etc?” Another commenter challenged. “One man makes a post and it’s a huge problem?”

Cynthia, who works in Manitoba as a registered nurse, retweeted her husband’s post Saturday afternoon with the message: “All I wanted to do was shovel!”

Some Twitter users accepted Cynthia’s response as an answer, but the grand majority were not convinced, according to the hundreds of replies left under her post.

Twitter users who supported Cynthia’s right to shovel snow reasoned that she is more than capable to make her own decisions while the louder opposition threw out accusations that Cynthia might’ve been forced to put up a tweet defending her husband. Other critics questioned whether she’s being truthful because they can’t fathom anyone wanting to shovel snow or having any energy left to shovel snow after a 12-hour shift.

A few commenters even went as far as to say they think men should take initiative when it comes down to snow shoveling, which they expressed in written and meme formats.

Reyes and Cynthia are shocked at the debate their tweets have started, a press secretary told Fox News Digital.

In a statement provided to Fox News, Reyes said, “My wife is amazing, both at home and at work. I’m eternally grateful for her and everything she does. I love her very much. I’m happy that she is getting the worldwide recognition she deserves, and it serves as a reminder to everyone — especially me today — that we can never do enough to show our gratitude to healthcare workers.”

Cynthia shared a lengthy statement of her own to Facebook on Tuesday, which detailed what happened the night she decided to shovel and what she thinks of the online responses she’s received.

“What people should know is that I came home from a 12 hour night shift at the hospital, it was a good night which lately as you can imagine hasn’t always been the case for myself and my Nursing colleagues,” Cynthia wrote. “I arrived home before anyone was awake, afterall it was a Saturday morning. As I pulled up to my driveway, I felt energy to shovel the snow that fell all night and into the morning. As many Manitobans and Canadians know, it’s a great workout, it allowed me to unwind, it’s refreshing after having worn an N95 mask almost the entire night, the weather was mild and it was quiet and peaceful.”

She continued, “Jon heard me shovelling, it actually woke him up and he was surprised and impressed to see that I had energy after a long shift to do this, so he took a pic, made breakfast and posted, and the rest is embedded in social media history forever!”

Cynthia went on to poke fun at the Twitter comments she received that recommended she divorce her husband over shoveling, and said she loves him for being “honest, genuine and sincere,” while he juggles long hours as a politician much like she does in the medical field. 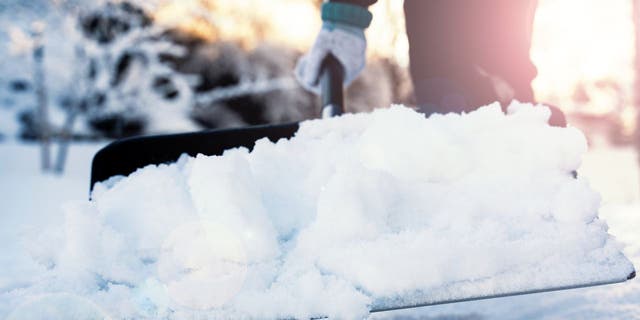 Jon Reyes, a cabinet minister in Manitoba, Canada, shared a tweet on Saturday commending his wife for clearing out their driveway after working an overnight shift, but not everyone appreciated the shout-out.
(iStock)

“To us as a family we share different chores not based on any gender; but mostly on who is available to do it,” Cynthia wrote. “I’d also like to mention that I dusted off the snow on my daughter’s car too that morning, and why not? As that is what our family does. We take initiative and do nice things for one another.”

“We have left the tweet up in hopes that others will see how cruel and irrational people can be,” she continued. “Hopefully our experience can be an example of how social media/media can totally manipulate things out of context. Truly, my shovelling was an act of self care and taking care of my home and family.”

Cortney Moore is an associate lifestyle writer for Fox News Digital. Story tips can be sent on Twitter at @CortneyMoore716.