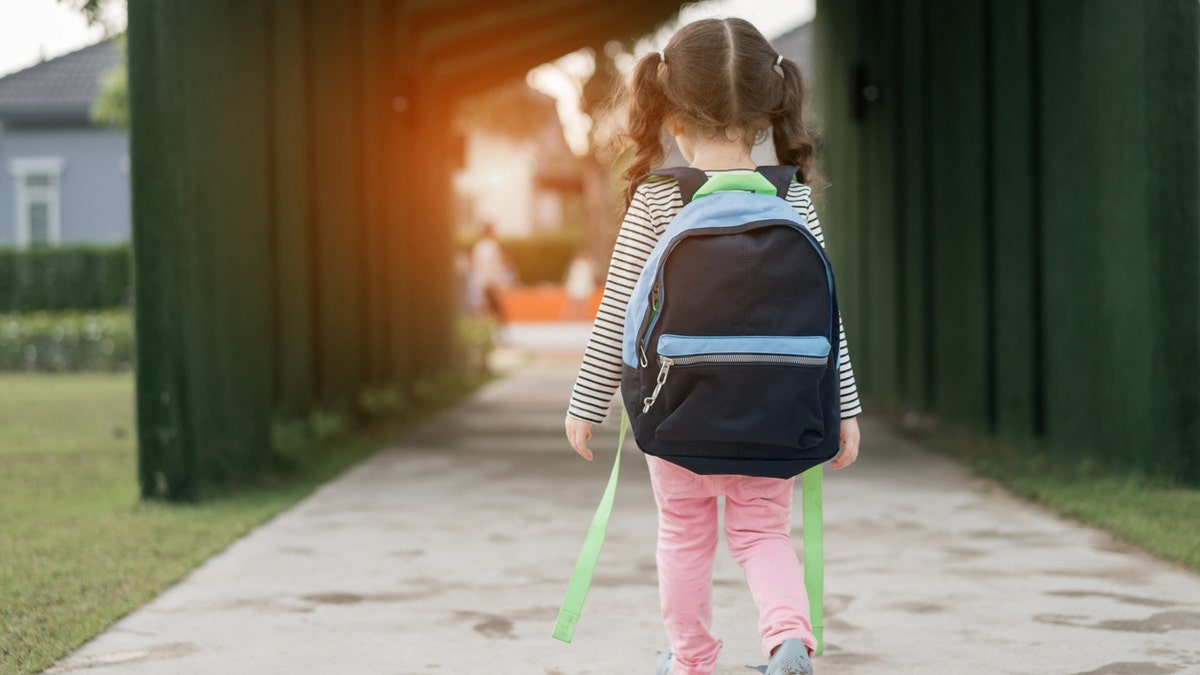 With school back in session, experts are warning parents to educate their children about personal safety, especially while they’re traveling to and from school.

That’s when attempted abductions of children are most likely to happen by a non-relative or stranger, according to the National Center for Missing & Exploited Children (NCMEC).

The center says on its website that school-age children are at the greatest risk of an attempted abduction on school days compared to weekend days.

DON’T PERSONALIZE YOUR KIDS’ BACKPACKS FOR SAFETY REASONS. HERE’S WHY.

Earlier this year, a 13-year-old girl in Houston was nearly abducted while she was walking home from school alone, according to her mom.

Fatima Bangura told Fox News that usually, her husband picks their 13-year-old daughter up from the nearby junior high. On April 15, however, their daughter was walking the 10-15 minutes to and from school alone, Bangura told Fox. 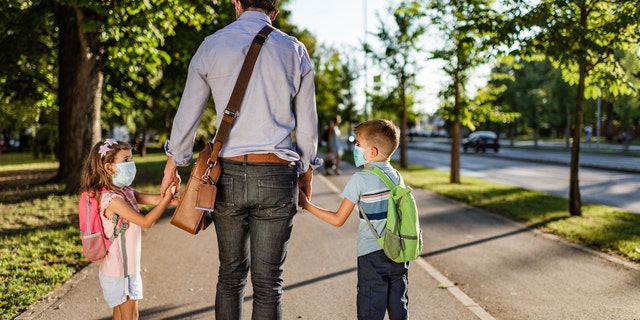 With school back in session, experts are warning parents to educate their children about personal safety, especially while they’re traveling to and from school.
(iStock)

Bangura’s daughter, who Bangura requested not be named, had made the trip “a couple of times.”

On that day, a man in a pickup truck stopped and tried talking with Bangura’s daughter while she was walking home from school, Bangura said.

Bangura said the man “pulled up next to her, rolled down his window and proceeded to offer her a ride. He even reached over to open the door, I guess, assuming she was going to hop in.”

Bangura said that her daughter told the man “no thank you,” but he “kept on insisting.”

“That’s when she pulled out her phone and called me,” Bangura said.

Bangura said her daughter was crying and said, “This guy’s trying to pick me up.”

“As soon as I hear her crying, I’m instantly reaching for my keys, getting to my car,” Bangura said. 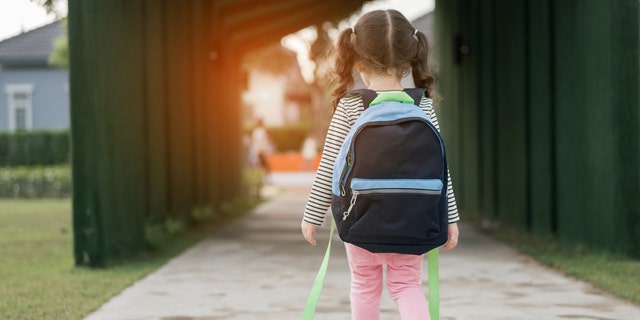 Attempted kidnappings of children are most likely to happen by a non-relative or stranger while children are traveling to or from school, according to the National Center for Missing and Exploited Children (NCMEC).
(iStock)

About two minutes later, Bangura had picked her daughter up and immediately started following the man. While she was following him, Bangura called the police and even started a Facebook live video.

A deputy with the Harris County Sheriff’s Office caught up with the man and spoke to him, as well as with Bangura and her daughter, Senior Deputy Thomas Gilliland told Fox News in an email.

Gilliland said the deputy contacted the Harris County District Attorney’s Office, who “stated due to the male not making any direct threats towards the juvenile, nor did he attempt to force her into his vehicle, they declined any charges on the subject.”

Walsh told Fox News that all attempted abductions should be reported to law enforcement, even if the abduction was unsuccessful and the child makes it home safely.

Oftentimes, these abductions happen when the parent isn’t there. So the child needs to be empowered.

“Sometimes these attempted abductions aren’t even reported to law enforcement as parents will say, ‘We dodged the bullet on that one scary situation,’” Walsh said. “They might not think it’s something that they need to report, but they absolutely should – because not only do you have this individual who’s now tried it once, gained some experience from it, maybe building up courage to do it again, but you also have the ability to learn from it.”

Wash said that even when law enforcement doesn’t make an arrest, as in Bangura’s case, parents should still report the attempted abduction to the NCMEC, which takes information from specific cases and uses that information for its educational programming.

The NCMEC has numerous programs for parents and children, including the K-5-focused KidSmartz program, which is a free course that “teaches kids how to make safe and smart decisions in the real world.”

The program uses the four rules of personal safety: check first with a parent or guardian before going anywhere or accepting anything from an adult; take a friend; tell people no if they make you feel “sad, scared, confused, uncomfortable,” or they try to take you somewhere; and tell a trusted adult if someone does grab you or touch you inappropriately. 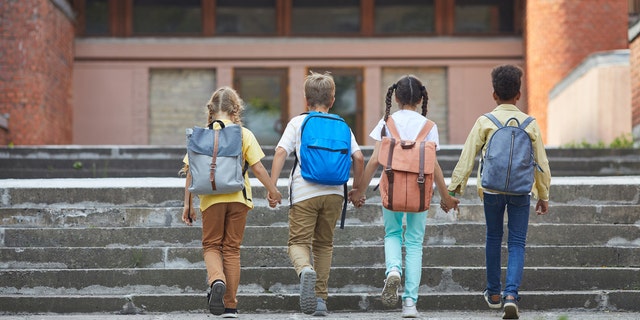 The NCMEC advises parents to not let their children walk to or from school or the bus stop alone. Rather, the center recommends at least having their child travel with other children.
(iStock)

“Oftentimes, these abductions happen when the parent isn’t there. So the child needs to be empowered,” Walsh said.

Walsh added that over 80% of the time, when a child is able to get away from their abductor, it’s because of something the child did proactively.

“They’re their own rescuers in the situation oftentimes,” Wash said. “And so they’re the ones that need to be empowered to identify that situation.”

“So many kids, they’re told by an adult to do this or do that, and they either comply or they freeze or what have you,” Walsh added. “And they need to know to make as much noise as possible or kick, scream, pull away, do anything they can to get out of that situation. Because we know once a child is abducted, if they’re moved from location A to location B, the likelihood of a successful and positive recovery is not always in our favor, which is very unfortunate. Stranger abductions are extremely dangerous scenarios for children.”

Bangura said she’s has taught her daughter and her two other children, ages 10 and 8, what to do if someone approaches them and tries to take them away.

“I tell them to make as much noise as possible,” Bangura said. “I emphasize how it could only take a second.” 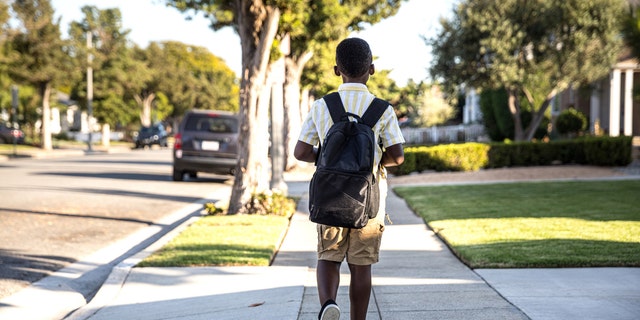 "It really is important to empower these children because a parent can’t always be there," Callahan Walsh, a child advocate for the NCMEC told Fox News.
(iStock)

After the incident in April, Bangura said she went back to taking all her children to and from school with her husband, rather than letting them go by themselves.

Bangura said her daughter is “doing a lot better,” but for a while, she slept with Bangura because she was so afraid.

“She’s opening back up to her old self,” Bangura said.

REPEATING SECOND GRADE: KIDS BEING HELD BACK AS COVID-19 AFFECTS ‘SOME OF THE MOST IMPORTANT YEARS OF SCHOOL’

Walsh said that even parents who feel like they live in a nice neighborhood should still educate their children about the dangers of potential abductions.

“My parents lived in a safe neighborhood and my brother Adam was kidnapped,” Walsh said. “They thought it would never happen to them.”

They’re their own rescuers in the situation oftentimes

Walsh’s parents, John and Revé Walsh, co-founded NCMEC in 1985 after their eldest son, Walsh’s brother Adam, was kidnapped and murdered.

WEDDING MUSICIANS SUE HOTEL, VENDORS AFTER TENT COLLAPSE: ‘I THOUGHT I WAS GOING TO DIE’

“They were an affluent, middle-class family and they never thought in a thousand years something like that could happen,” Walsh said. “And while Adam wasn’t taken from their home, it was at a Sears Department store, we aren’t always at home. We are out there in public with our children and there are plenty of opportunities.”

“Don’t think for a second just because you live in a gated community that you’re safe from something like this, because it can happen to anybody,” Walsh added.

Bangura told Fox she’s still upset with the thought that she could have lost her daughter in April.

“It’s getting better,” Bangura said. “It’s a terrible thing. But it’s definitely making me treasure my children 100 times more, you know, spending more time with them and enjoying every moment.”