‘Goodbye kisses’ jar offers one last treat for dogs before euthanasia: ‘It just broke my heart’ 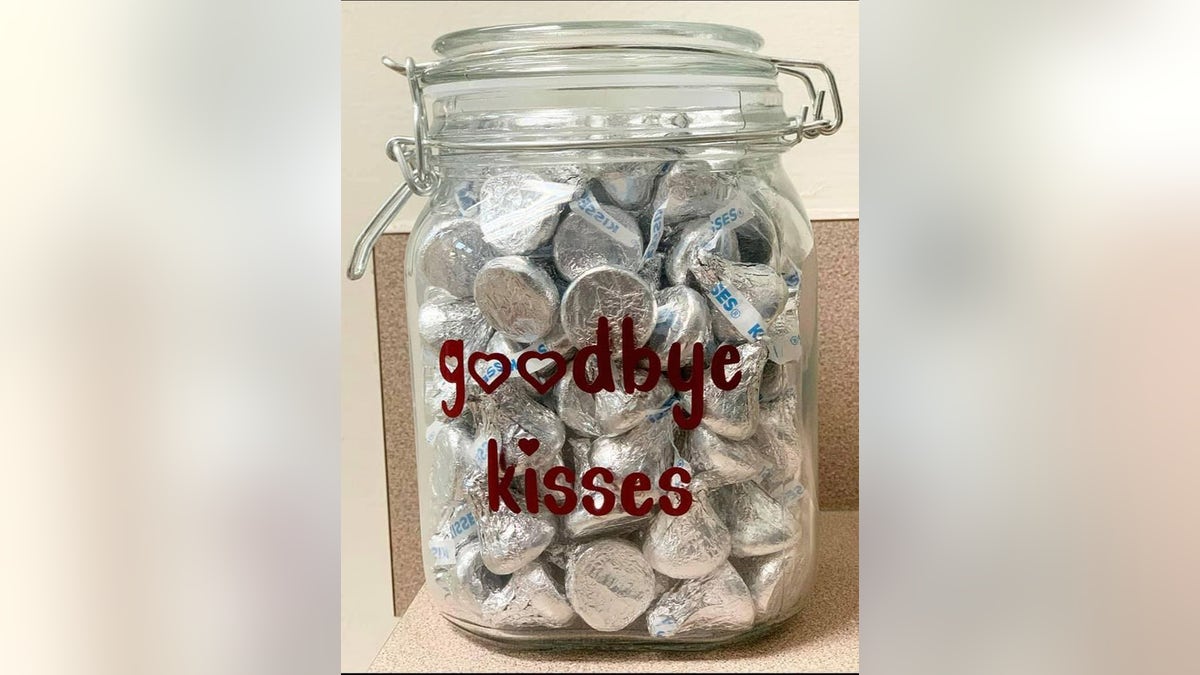 A veterinary clinic in Alabama is going viral after it shared with its Facebook followers the sweet way in which it bids farewell to furry patients.

Jennifer Williams, manager of Smiths Station Animal Hospital, told Fox News that technician Casey Hinkley brought the idea to the facility after seeing a similar jar online. Tracy Gee made the jar and Dr. Nicole Namie came up with the quote, which was shared on the hospital’s Facebook page Sept. 20.

“This jar is reserved for our euthanasia appointments…because no dog should go to Heaven without tasting chocolate,” the post read. 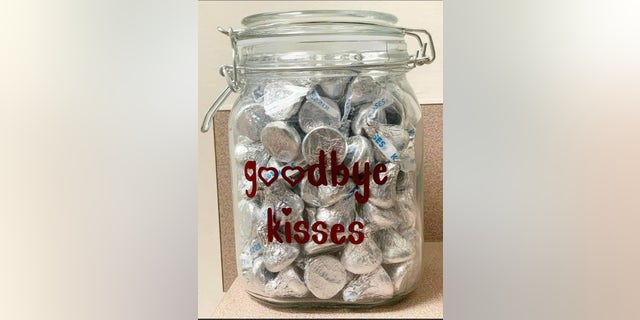 “I think it was a good idea because it was designated jar and seeing the ‘goodbye kisses,’ it just broke my heart,” Williams told Fox News.

Williams said the hospital would give animals a bite of a sandwich or another treat before being euthanized.

The image of the jar quickly garnered 125,000 shares on Facebook and 13,000 comments from pet owners sharing their own stories of loss.

“We had to say goodbye to our boy on 8/30,” one user wrote. “He had intestinal cancer..10 years old. Hardest thing ever, putting him to rest…”

Others shared the final treat they gave their pets.

“Our little PeeWee got a frosty on the way to his appointment on July 2nd. Our poor old mans heart stopped responding to meds,” one woman wrote.

“My baby ate chocolate ice cream with banana and whipped cream on her last night. Banana was her favorite thing, she couldn’t go without it,” said another.

Williams said she and her colleagues were stunned by the outpouring as a result of the picture.

“It was just so sweet that this one little jar filled with Hershey’s kisses brought people together from all over the world,” Williams said.

“They are complete strangers…but we have that one commonality – that people really do love their pets and they understand what it’s like to lose a family member,” she added.

Since the post touched so many, Williams said Smiths Station Animal Hospital has received bags of kisses from strangers offering to help fill the next jars.

Other vet workers have shared that they’ll now create jars at their facilities, Williams said.