Why this father is walking from Maine to North Carolina, barefoot 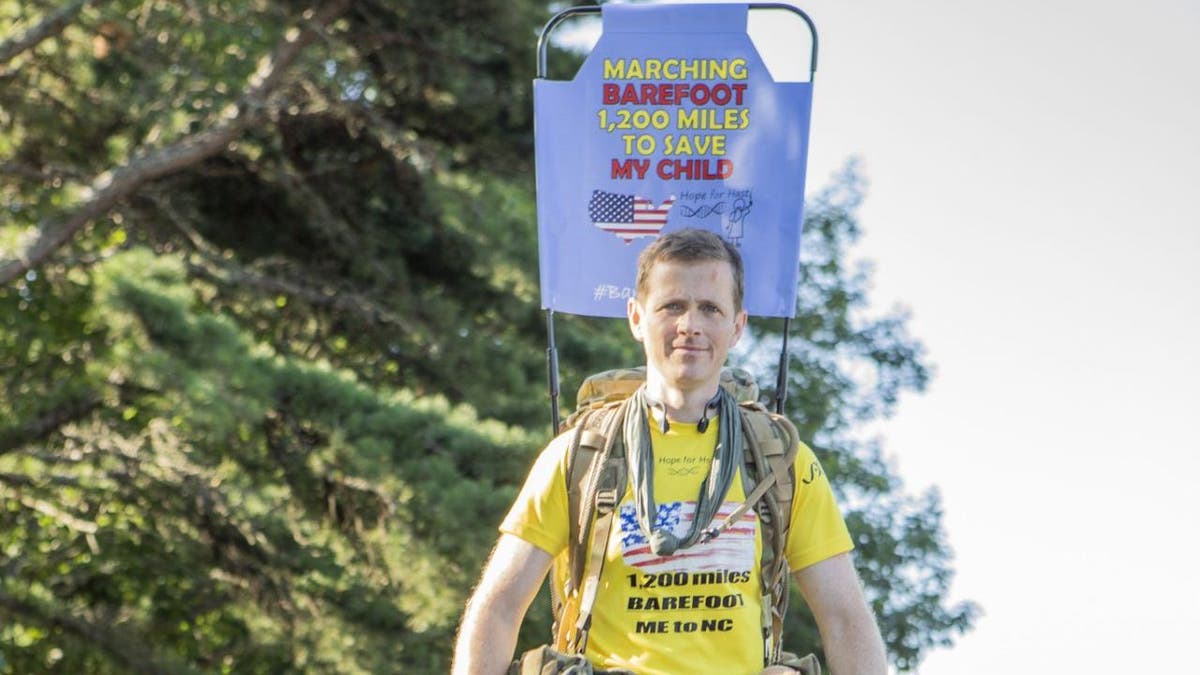 A dad is walking 1,200 miles without shoes to raise awareness and experience a portion of the hardship his daughter faces with her rare genetic condition.

British Army Major Chris Brannigan, 41, and his wife Hengameh, 43, welcomed their daughter Hasti into the world nine years ago.

Hasti was diagnosed with (CdLS) in 2018. The rare condition, which occurs in approximately one in 20,000 births, can cause reduced growth, developmental delay, cognitive impairment, premature aging and limb abnormalities among other adverse health effects.

Shortly after the Brannigans were told that Hasti’s health would likely restrict her quality of life by the time she hit puberty, they started a charity — — to help fund medical research into CdLS.

The charity’s latest fundraising initiative is The Hope for Hasti Bareboot March, a 53-day trek along the East Coast. 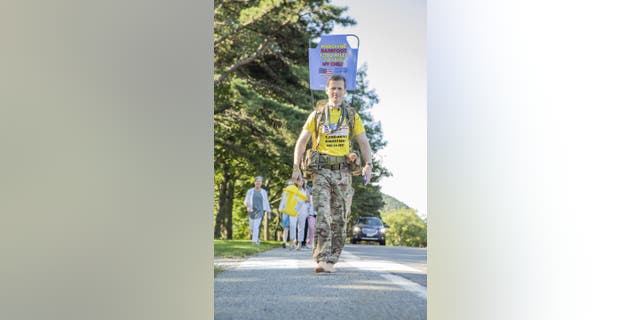 British Army Army Major Chris Brannigan, 41, began his Barefoot March on Aug. 31, 2021, in Maine. He plans to walk to North Carolina in 53 days as he works to raise awareness and funding for Cornelia de Lange Syndrome research.
(Hope for Hasti)

Chris kicked off the challenging solo march on Aug. 31, from The Jackson Laboratory in Bar Harbor, Maine, and will walk down 12 states until he gets to Camp Lejeune in Jacksonville, North Carolina.

As of Sunday, Sept. 12, Chris made it to Boston from Topsfield New Hampshire, a representative at Hope for Hasti told Fox News.

“He will finish his day at Boston Children Hospital (BCH), where he will be welcomed by Dr. Timothy Yu and some of the other research team in BCH,” the charity wrote in an emailed statement.

Chris is taking on the immense physical challenge to help raise awareness and funding for CdLS gene research and development since there is no cure or treatment for the condition at this time.

As Hasti’s father, the trek also provides some insight into the challenges she faces with the life-altering condition, which could interfere with her dreams of becoming a chef or a dancer. 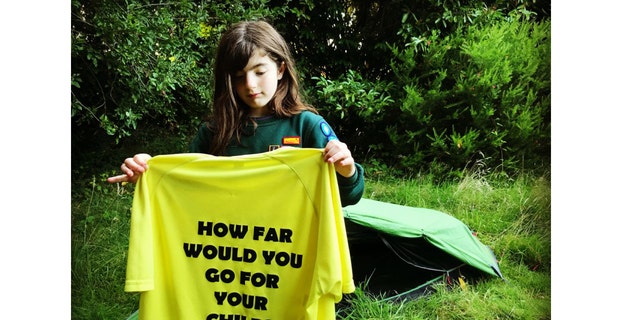 Hasti Chris Brannigan, 9, was diagnosed with Cornelia de Lange Syndrome research in 2018. Her parents created a charity in her name to try and advance treatment options for the rare condition.
(Hope for Hasti)

Since the start of his march, Chris has been walking down paved roads barefoot with only a rucksack filled with camping supplies, which reportedly weighs up to 55 pounds. Throughout his journey, he’s donned a neon shirt that asks: “How far would you go for your child?”

“[I’m] exhausted, you know, because while I’m walking, I’m stopping to talk to people who want to make a donation or are interested in my story. And I’m telling them about Hasti, which sort of has its emotional costs, but also my feet are sore or my back is sore at the end of the day,” Chris explained. “And I still have social media and so many other things to do, so every day is really full. It’s quite taxing.”

So far, Chris has been walking between 20 and 30 miles per day and it takes around 65,000 steps, according to his estimates.

“With extra weight. It’s just my feet feel terrible all the time,” Chris said. “It is really difficult to do something every day when you know it’s going to be painful and your body tells you to stop, but Hasti has a rare condition, and there’s not going to be a treatment unless we create it because there are no investments from pharma, from governments. These conditions need parents to advocate for their kids. And if I don’t keep taking steps, there’s not going to be a treatment for CDLs.”

Roughly three weeks before Chris made his way to the U.S. for the Barefoot March, he completed a shorter trek in the U.K. The dedicated father walked 700 miles from Land’s End to Edinburgh, which raised around $531,000 from more than 21,240 supporters on JustGiving.com — a crowdfunding website.

In the U.S., Hope for Hasti is accepting donations on GoFundMe, which has raised around $62,524 so far.

According to a press release, the charity says it aims to raise $3.4 million to benefit CdLS research at The Jackson Laboratory in Maine. The facility has been developing a treatment that’s reportedly nearing a clinical trial.

“I speak to Hasti every couple of days when I can. I video call her, and she asks me, how am I doing with getting a new medicine? She knows and understands what I’m trying to achieve. She knows it’s for her,” Chris said. “It’s definitely bringing us closer together.”

People who want to contribute to CdLS research can make a charitable donation through Hope fo Hasti’s active GoFundMe and JustGiving campaigns.

Other supporters can keep up with Chris and the Barefoot March on and , where he is posting updates of his journey.

The charity is also promoting a “Solidarity Relay” in the U.K.

“Moreover, Major Brannigan and CdLS – Hope for Hasti foundation’s mission of raising funds and awareness is supported by 151 teams/ individuals who will be running/walking barefoot or with shoes on across Britain in 1,200 miles ‘Solidarity Relay’ to be with Major Brannigan in spirit,” a representative at Hope for Hasti told Fox News. “The majority of participants are military across different regiments in the British Army.  They will be doing their own fund and awareness-raising for the charity and its mission to create gene therapy treatment for CdLS.”