‘A true gentleman’: 4-year-old tipping his hat to Disney princesses gets love from millions 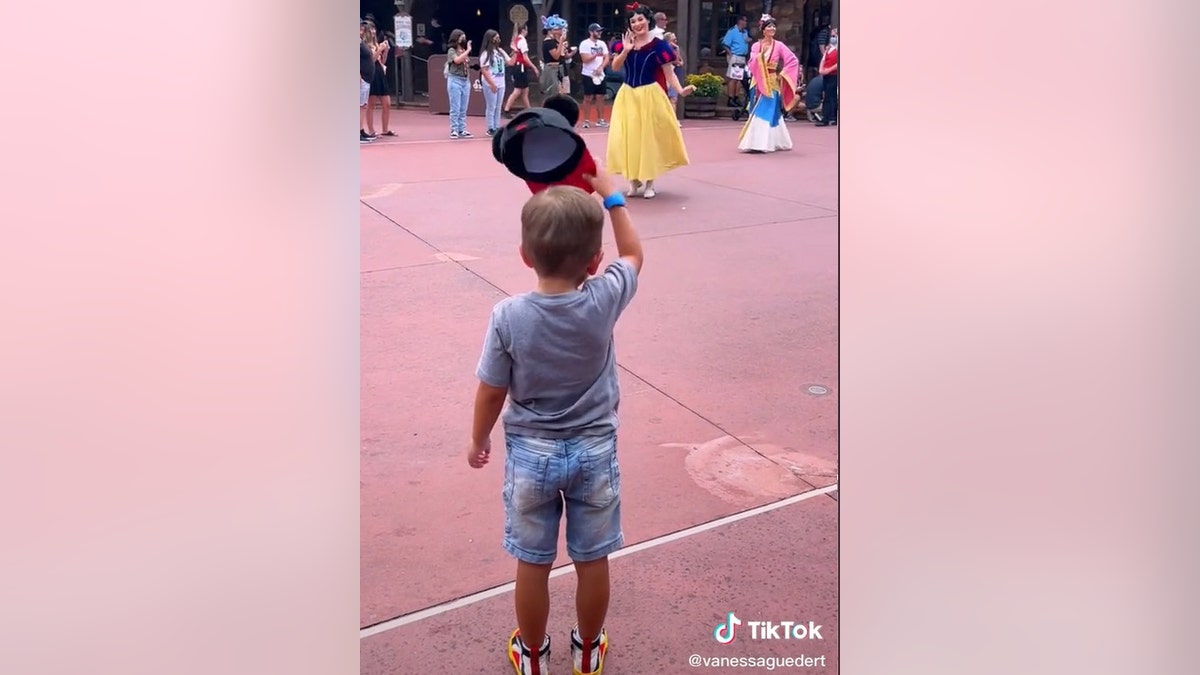 A little boy is having a viral moment after his mother shared an adorable video of him greeting princesses at Magic Kingdom in Walt Disney World.

Florida resident Vanessa Guedert posted the footage to TikTok last week of her son Bernardo kindly tipping his hat to Snow White and others, as they strolled by in a parade.

More than 30 million viewed the video with many commenting how it brought them to tears, and that the 4-year-old is “a true gentleman.”

“He’s a great kid, very polite, happy,” Guedert told Fox News. “He loves Disney movies such as ‘Beauty and the Beast,’ ‘The Incredibles, ‘Monsters Inc.’ but his favorite is ‘Toy Story.’”

Guedert captioned the video, “Disney’s true prince!” In later footage, Bernardo is seen dressed as Simba from “The Lion King,” while embracing Mickey and Minnie Mouse.