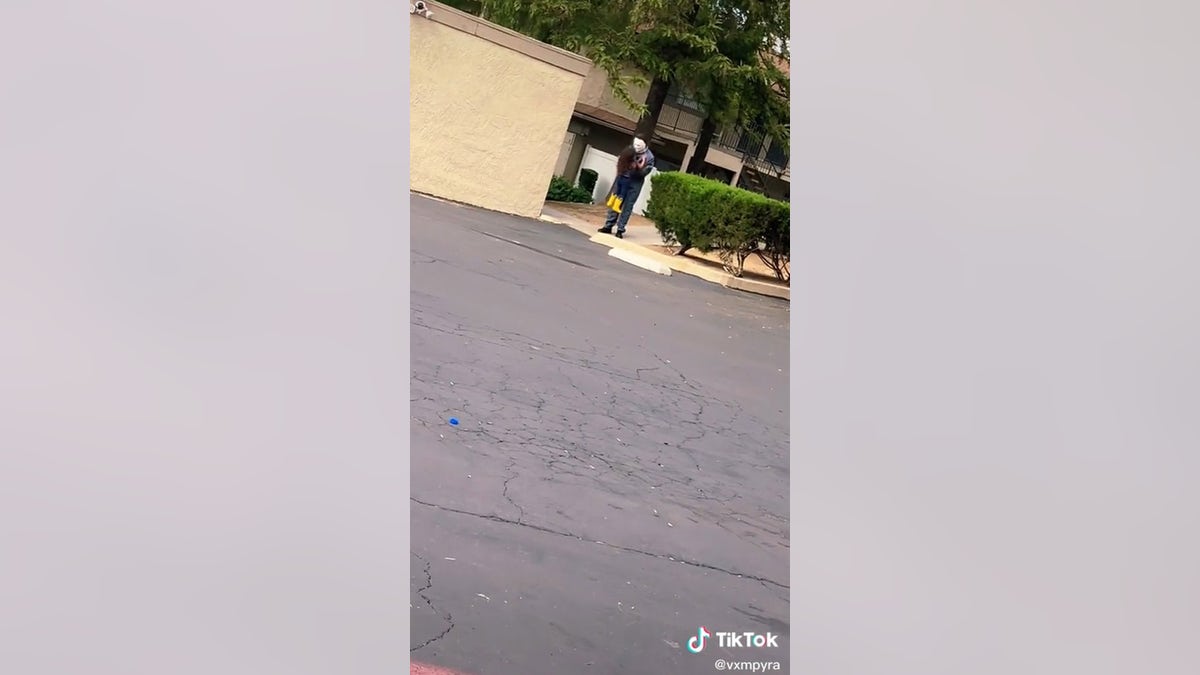 A little girl’s reaction to Michael Myers making an appearance at her fourth birthday party is bringing millions into the Halloween spirit.

The moment was recently caught on video as Aria Alvarado was surprised by the fictional slasher film character who crept from behind a bush in his familiar mask and classic blue jumpsuit.

Mom Rose Alvarado posted the footage onto Twitter and TikTok showing Aria’s excitement as Myers greets her. Alvarado told Fox News that her daughter is a huge fan of all-things Halloween, as well as the Michael Myers character. 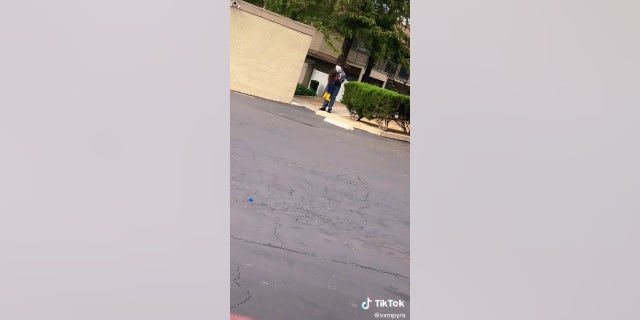 “Over time, I’d buy her little trinkets that had [featured] Michael Myers,” Alvarado said. “It’s not like she watches the movies religiously…I guess she just liked him as a character. It’s pretty innocent. She doesn’t mean any harm by it.”

Alvarado said she hosted a costume party for Aria’s birthday this year, so her husband Daniel decided to dress as Myers.

“He said, ‘I’m going to surprise her and come around the corner and see if she notices,” Alvarado said, adding that she played the theme song from the movie “Halloween,” in which Myers appears. 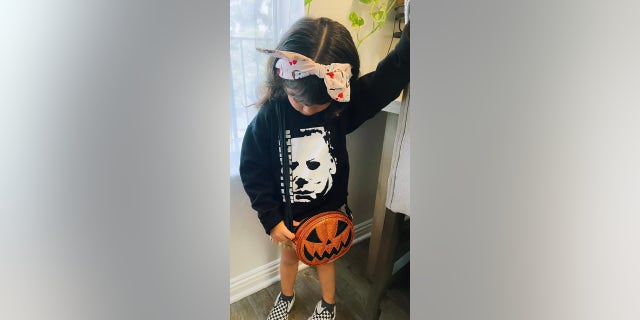 Aria went viral on social media as she ran towards the frightening Myers, and not away from him, with many praising the child for her bravery in the comments section.

“She’s trending for being herself,” Alvarado defended. “Even us, we weren’t expecting that reaction from her.”

Alvarado said Aria also takes a liking to Sam from “Trick ‘r Treat,” and the characters from “The Nightmare Before Christmas.” 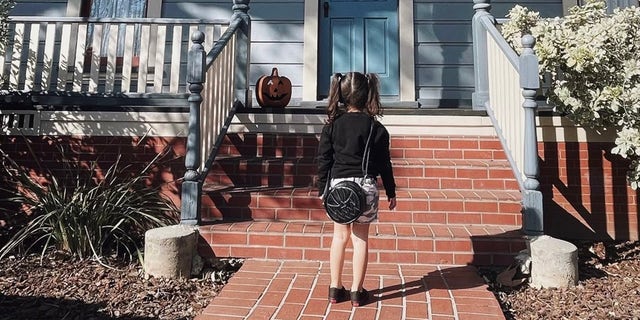 Aria Alvarado is seen in front of the character Michael Myers’ house from the movie, "Halloween."
(Rose Alvarado)

ARE YOU BRAVE ENOUGH? ‘SILENCE OF THE LAMBS’ HOUSE OPEN FOR HALLOWEEN TRAVEL

For a Halloween costume Aria is still deciding between an astronaut, Batgirl and a witch.