Thyroid cancer: What to know, according to experts 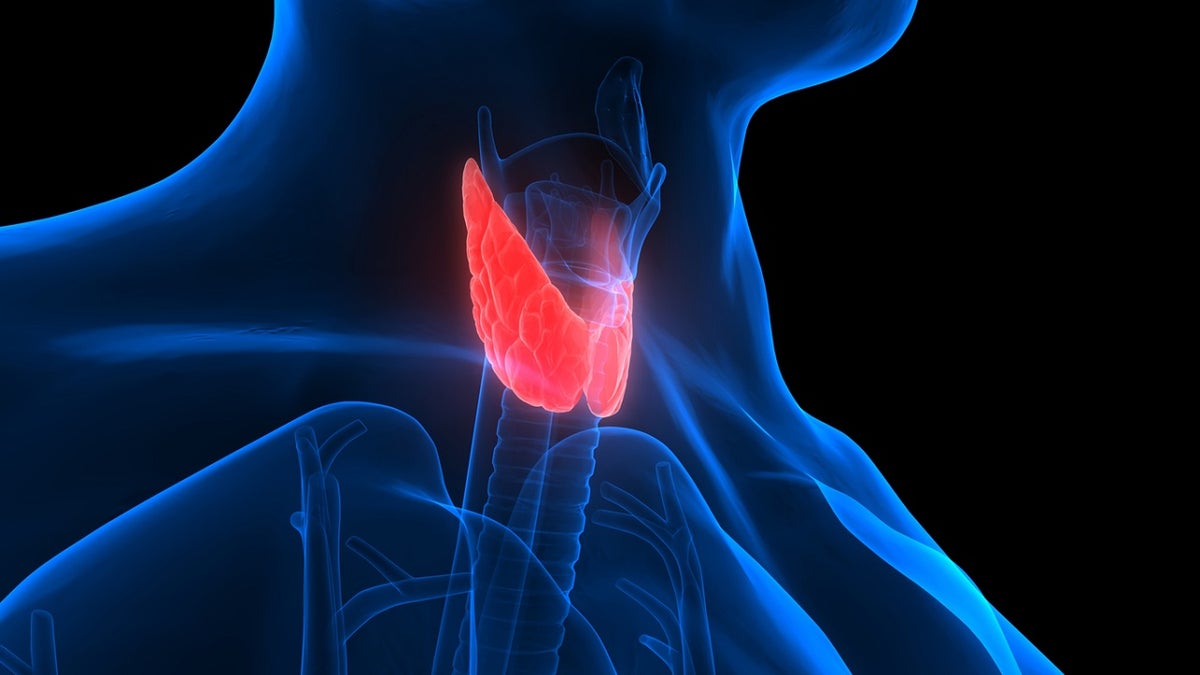 As Thyroid Cancer Awareness Month comes to a close, top medical experts are reminding the public of signs, symptoms and treatment options. So, what is thyroid cancer and who is most at risk?

The odds of developing thyroid cancer in the U.S. are about 1.2% across sexes, with a five-year relative survival rate at 98.3%, according to the latest figures from the National Cancer Institute. It’s estimated that nearly 45,000 new cases will occur in 2021, comprising 2.3% of all new cancer cases, and 2,200 projected deaths, or 0.4% of all cancer deaths.

If a patient notices a lump in their lower mid-line neck, which suggests a thyroid mass, there’s a high probability the nodule is benign, several experts told Fox News. Dr. Cord Sturgeon, professor of surgery at Northwestern University Feinberg School of Medicine, said just 5-10% of all existing thyroid nodules are cancerous, though children and elderly patients with new thyroid nodules face an up to four times greater risk of thyroid cancer.

The thyroid is a butterfly-shaped gland that sits at the junction of the windpipe and voicebox, Jacobson said. Its main function is to produce thyroid hormone, or an essential hormone related to metabolism, Sturgeon said. Several experts told Fox News that thyroid cancers are often detected incidentally, when patients undergo scans for other reasons.

“In many cases, it’s really a surprise to them and their families,” Dr. Robin Cisco, clinical assistant professor of surgery at Stanford, told Fox News.

Thyroid cancer is most often diagnosed in people ages 45-54, according to the National Cancer Institute, and about three in four cases occur among women, which is said to be a decades-long pattern. In 2021, thyroid cancer is projected to be the seventh most common cancer among women, though it doesn’t appear in the top 10 most common new cancers among men, Sturgeon noted.

MOST WOMEN AREN’T GETTING REGULAR TESTS FOR CANCER, OTHER DANGEROUS DISEASES, SURVEY SHOWS

The thyroid is “an interesting organ because it can form all of these different types of thyroid cancers that have different levels of aggressiveness,” Jacobson said, noting papillary and follicular thyroid cancers, considered to be some of the most curable forms of cancer in the body, versus anaplastic thyroid cancer, one of the most aggressive cancers in the human body, often diagnosed late and usually fatal.

Thyroid cancers rarely cause pain or abnormal thyroid function, Cisco said. However, apart from a lump, symptoms can include difficulty swallowing and changes to the voice. Most often, mid-line neck masses generally don’t cause symptoms until they’ve become large and push on the windpipe or esophagus, causing swallowing or breathing problems, Jacobson said, adding that a thyroid cancer can also invade local structures, causing vocal-cord paralysis because the nerve controlling the vocal cord lives behind the thyroid.

“I would recommend that people who have a concern, and certainly those who have noticed any symptoms, talk to their primary doctors or endocrinologist about it,” Cisco told Fox News.

Two of the most common risk factors for thyroid cancer include radiation exposure (stemming from therapeutic radiation and radiation fallout) and a strong family history of thyroid cancer, especially among first-degree relatives. It’s unclear what role other factors, such as lifestyle and diet behaviors may have on thyroid cancer risk, experts said.

Formal screening isn’t recommended for thyroid cancer, unlike breast and colon cancers, due to concerns related to overdiagnoses, or picking up small, non-threatening nodules in the thyroid. Most physicians will take blood tests to check thyroid function, assessing for levels of T4 and TSH (thyroid stimulating hormone), or hormones made by the thyroid and pituitary gland, respectively. However, a common misconception is that normal thyroid levels suggest a healthy thyroid.

The rate of new thyroid cancers saw a steady rise through about 2013, though its underlying cause is controversial, several experts said, as it is  possibly due to improved imaging and over-detection. The rate has since leveled off and slightly declined in recent years, at an observed rate of 15.2 per 100,000 in 2013 versus 13.5 per 100,000 in 2018, per the latest available data. However, the incidence rate among patients under age 20 increased through 2018 at a rate of 1.3 per 100,000.