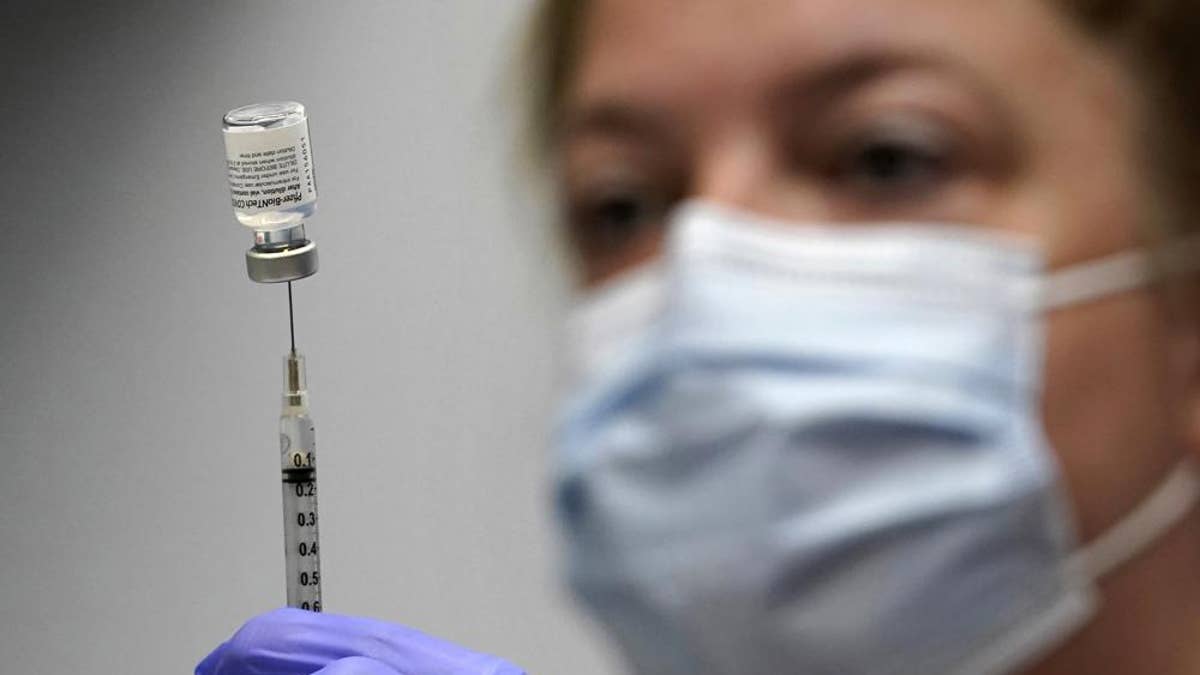 Several studies published Wednesday supporting potential use of Pfizer’s COVID-19 vaccine booster shot amid waning immunity met a neutral tone from the Food and Drug Administration, per documents posted ahead of a critical meeting Friday.

An independent advisory committee is set to convene Sept. 17 to weigh data pertaining to Pfizer’s booster, and whether substantial evidence would support approval for people ages 16 and up six months following the initial series.

“Some observational studies have suggested declining efficacy of COMIRNATY [Pfizer’s approved vaccine] over time against symptomatic infection or against the Delta variant, while others have not,” an FDA briefing document reads, noting that current vaccines still offer protection against severe COVID-19 disease and death in the U.S.

“There are many potentially relevant studies, but FDA has not independently reviewed or verified the underlying data or their conclusions,” the document continues. “It should be recognized that while observational studies can enable understanding of real-world effectiveness, there are known and unknown biases that can affect their reliability. Due to these biases some studies may be more reliable than others.”

The agency also suggested a preference for vaccine effectiveness studies conducted in the U.S. to most accurately reflect the population.

One study published in the New England Journal of Medicine (NEJM) on Wednesday stemmed from Israel’s Health Ministry data involving booster shots administered to adults aged 60 and older. Results indicated those who were given an additional dose faced an approximate 11-fold reduced risk of infection, and over 19-fold lower rate of severe illness at least 12 days later.

Separate findings published in the NEJM by Pfizer-BioNTech, stemming from its ongoing, multinational trial of over 44,000 participants aged 16 and up, indicated a “gradual decline in vaccine efficacy,” six months after the two-dose series. The study notes an approximate 6% average decline in efficacy every two months.

Within two months after the second dose, efficacy peaked at about 96%, sliding to about 90% by four months before further declining to approximately 84% by the data cutoff date. However the jab remained protective against severe disease, at 96.7%.

MODERNA ANALYSIS: THOSE VACCINATED LAST YEAR TWICE MORE LIKELY TO GET COVID-19 THAN THOSE JABBED RECENTLY

Additional findings on a third dose of Pfizer vaccine, also published in NEJM, saw between an over five-fold to more than seven-fold increase in neutralizing antibody titers, and even higher levels against the beta variant first detected in South Africa.

“Although the effectiveness of the vaccine against severe disease, hospitalization, and death remains high, waning immunity and viral diversification create a possible need for a third vaccine dose,” a research letter reads from Dr. Ann Falsey of the University of Rochester, Dr. Robert Frenck of Cincinnati Children’s Hospital and others.

The debate over the need for COVID-19 vaccine boosters among most Americans as more than half of the global population remains unvaccinated has left experts divided ahead of the FDA’s meeting, and shortly before Sept. 20, when health officials expect to begin rollout of Pfizer’s booster shot. Top health officials have advised more time is needed to review data on the Moderna vaccine.

“I think right now the indication is that we don’t need additional boosters,” Dr. Anna Durbin, director of the Center for Immunization Research and a professor in the Department of International Health at the Johns Hopkins Bloomberg School, said during a virtual media advisory Wednesday, adding in part, “We shouldn’t be giving a valuable resource just because we can, it really needs to be indicated I think by the epidemiology of the disease and of the illness.”

Durbin suggested additional data may come in supporting the use of boosters among certain populations, such as elderly individuals and those in long term care facilities. Dr. Rochelle Walensky, head of the Centers for Disease Control and Prevention (CDC), and other top health officials last month released a plan indicating health care providers, nursing home residents and other seniors would likely become eligible for boosters starting the week of September 20.