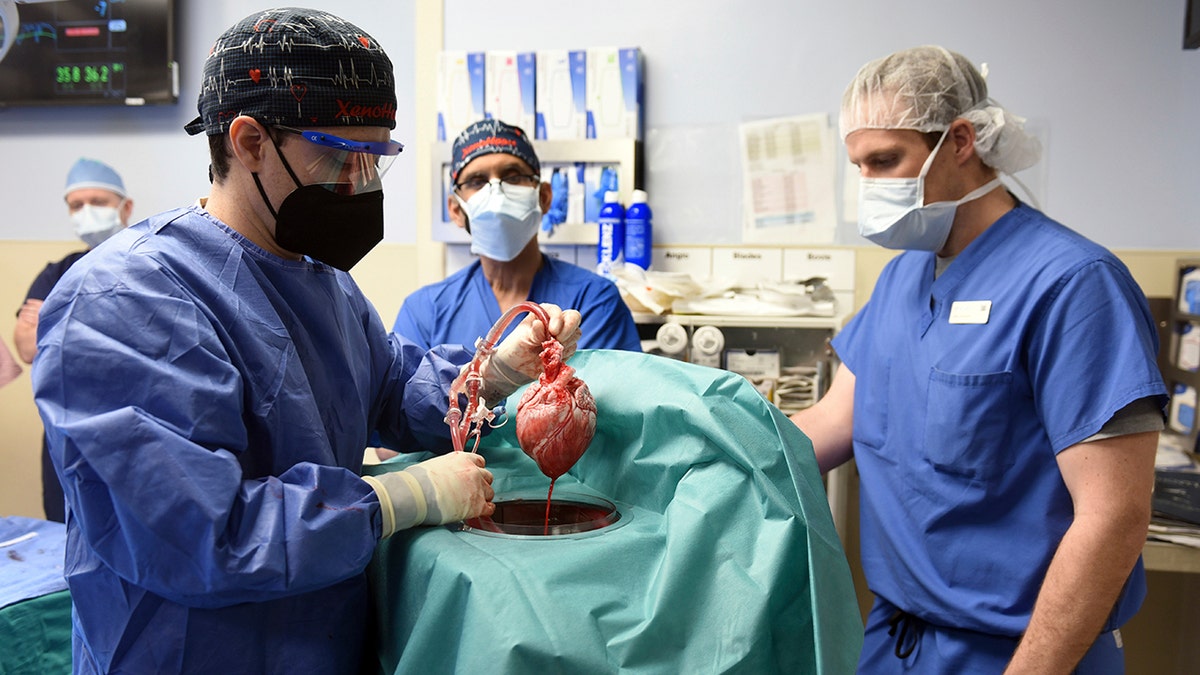 Some hearts are made of gold, but one man’s is now made entirely of a pig after he has undergone the world’s first successful heart transplant from a genetically modified pig to save his life, according to a recent New York Times .

“It’s working and it looks normal. We are thrilled, but we don’t know what tomorrow will bring us. This has never been done before,” said Dr. Bartley Griffith, the director of the cardiac transplant program at the University of Maryland Medical Center, where he performed the eight-hour operation 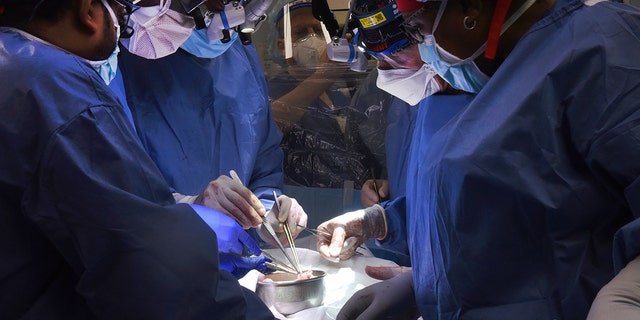 Members of the surgical team perform the transplant of a pig heart into patient David Bennett in Baltimore on Friday, Jan. 7, 2022. On Monday, Jan. 10, 2022, the hospital said that he’s doing well three days after the highly experimental surgery.
(Mark Teske/University of Maryland School of Medicine via AP)

David Bennett Sr., who was so sick that he couldn’t even qualify for a human heart transplant, still remained connected to a heart-lung bypass machine as of Monday, but the critical 48-hour, post-procedure period went without incident as doctors continue to monitor him for signs and symptoms of rejection as well as a rare infection from a pig virus that can infect humans.

“People die all the time on the waiting list, waiting for organs. If we could use genetically engineered pig organs they’d never have to wait, they could basically get an organ as they needed it,” said Dr. Christine Lau, chair of the department of surgery at the University of Maryland School of Medicine. 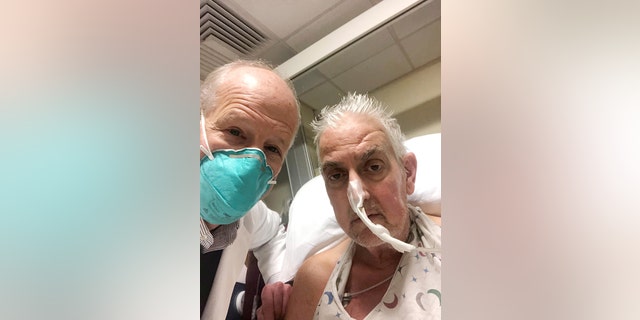 “Plus, we wouldn’t have to fly all over the country at nighttime to recover organs to put them into recipients,” she told the .

The BBC noted with more than 100,000 patients on the waiting lists for transplants in the U.S., approximately 17 people die on transplant lists every day because of the short supply, but researchers hope this surgery will springboard a new era of medicine where replacement organs are easier to access, the Times added.

Last year, 41,354 patients received a transplanted organ in the United States, with more than 50% receiving kidneys, according to the United Network for Organ Sharing, the Times reports, but xenotransplantation, the process of transplanting organs from animals to humans, has a long history. 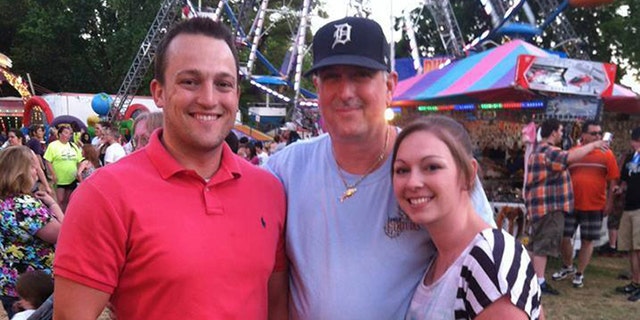 From left, David Bennett Jr., David Bennett Sr. and Nicole (Bennett) McCray at a carnival in 2014. In a medical first, doctors transplanted a pig heart into Bennett Sr. in a last-ditch effort to save his life and the hospital said Monday, Jan. 10, 2022 that he’s doing well three days after the highly experimental surgery.
(David Bennett Jr. via AP)

In the 1960s, multiple people received chimpanzee kidney transplants, but the longest survived only nine months, while in 1983 an infant survived only 20 days after receiving a baboon heart, but pigs are easier to raise, develop faster into adults and many heart patients with valvular issues receive pig heart valves already every year, the Times added.

But the genetically altered pig, which was provided by the Virginia-based regenerative medical company Revivicor, has 10 genetic modifications, including one inactivated gene that blunts aggressive human rejection and another inactivated growth gene that keeps the pig’s heart from growing after implantation, the Times reported. 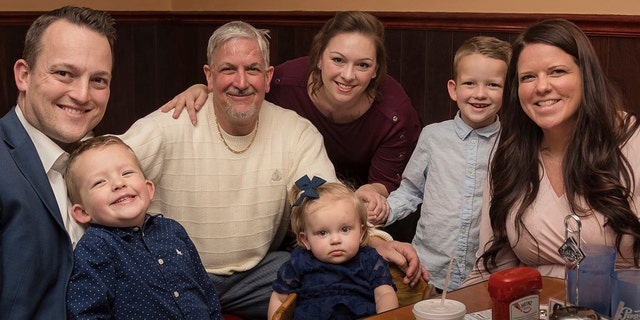 Although Dr. David Klassen, the chief medical officer of the United Network for Organ Sharing, describes it as a momentous event in transplant medicine, he cautions, “Events like these can be dramatized in the press, and it’s important to maintain perspective,” adding, “It takes a long time to mature a therapy like this.”

If you or someone you know is interested in being an organ donor, you can contact the United Network for Organ Sharing online at www.unos.org.