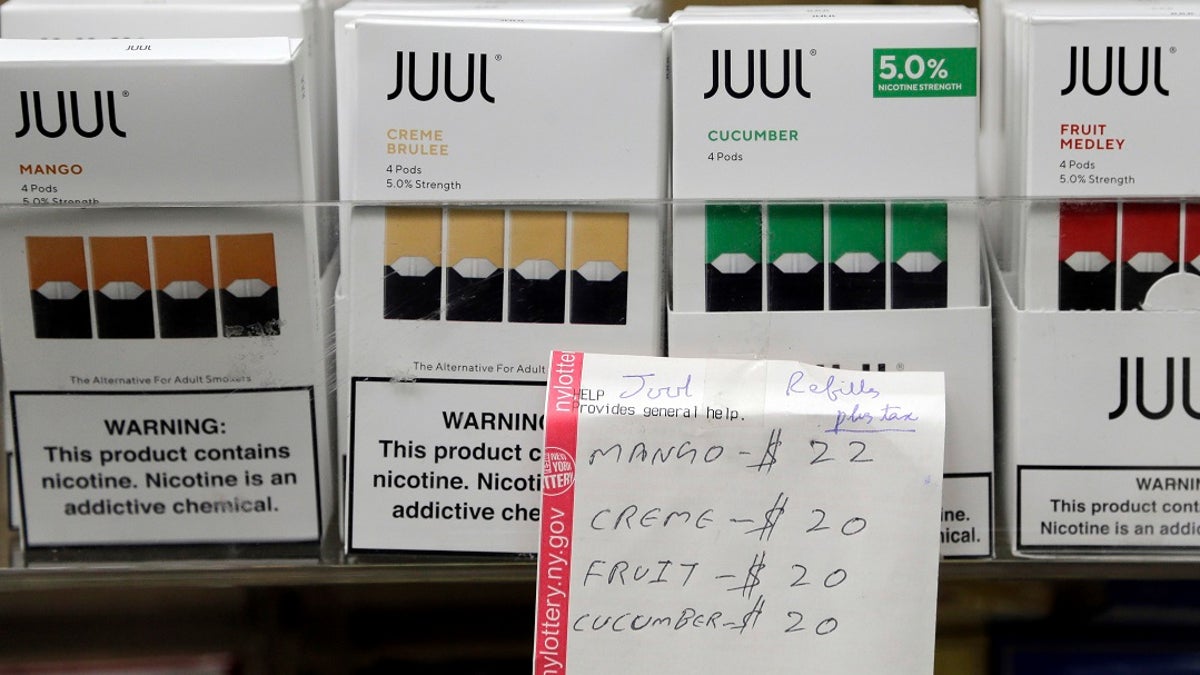 A delayed decision Thursday from the Food and Drug Administration (FDA) on whether to allow vaping brand Juul to stay on the market was met with strong criticism from the American Academy of Pediatrics (AAP).

“This is a reckless decision that will allow products proven to addict and endanger young people to continue being sold,” Dr. Lee Savio Beers, president of the AAP, said in part in a statement.

CHILDREN 6 MONTHS AND UP SHOULD GET FLU SHOT, DELAY DURING SEVERE COVID-19 ILLNESS: PEDIATRICS GROUP

The FDA said it rejected applications for nearly 950,000 e-cigarettes and related products, mainly due to their potential appeal to underage teens. Some of the products are currently being sold while many others were only proposed by manufacturers. But the agency didn’t rule on Juul, the most popular brand with adult smokers and many teens.

The pediatrics group said “children and teens will suffer the consequence of FDA’s inaction.”

“Despite publicly committing to prioritize action against the largest companies that sell e-cigarettes, the result of the agency’s inaction means that the most widely used flavored e-cigarette products—such as JUUL—will remain on the market, where they will continue to addict children and teens,” the statement continues. “Flavored JUUL products, and other products like them, are responsible for fueling a youth nicotine epidemic.”

When prompted by Fox News, a Juul spokesperson said: “We respect the central role of the FDA and the required thorough science- and evidence-based review of our applications, which is key to advancing harm reduction and earning a license to operate. We remain committed to transitioning adult smokers away from combustible cigarettes while combating underage use.”

Parents, politicians and anti-tobacco advocates have pressured the FDA for years to ban Juul’s high-nicotine devices, which many blame for the recent spike in underage vaping. But the agency said it would need more time to rule on that company’s products.

Associated Press contributed to this report.