A common injection for treating arthritis may be speeding up the onset of the disease rather than preventing it, according to new studies.

Both of the studies were presented Tuesday at the annual meeting of the Radiological Society of North America. 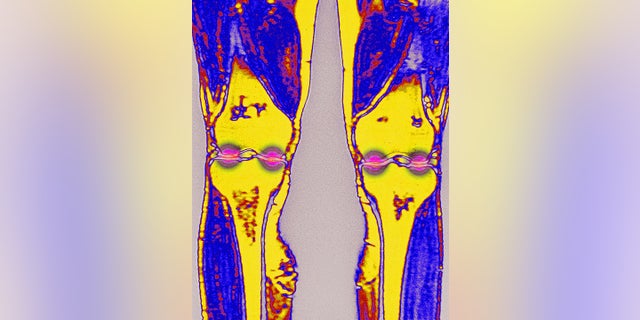 FILE: Osteoarthritis of the knee. Wear then destruction of cartilage in various areas of the knee joint. Frontal MRI scan of the knees.
(BSIP/Universal Images Group via Getty Images)

In the first study, researchers at the University of California, San Francisco, studied patients who had been diagnoses osteoarthritis, the most common form of the disease, affecting more than 32 million adults in the U.S.

Among the subjects, 70 received intraarticular injections, while 140 did not during a two-year period. Statistical analysis showed that corticosteroid knee injections were “significantly associated” with the overall progression of osteoarthritis in the knee.

WHO OFFICIALLY RENAMES MONKEYPOX UNDER PRESSURE FROM BIDEN ADMINISTRATION

The group who received hyaluronic injections showed a decreased progression of osteoarthritis, specifically in marrow lesions, according to the study.

In the second study, researchers at the Chicago Medical School of Rosalind Franklin University of Medicine and Science studied the progression of osteoarthritis in patients who received injections of corticosteroids and hyaluronic acid.

Patients injected with corticosteroids had “significantly more” osteoarthritis progression – including medial joint space narrowing – than patients who received an injection of hyaluronic acid.