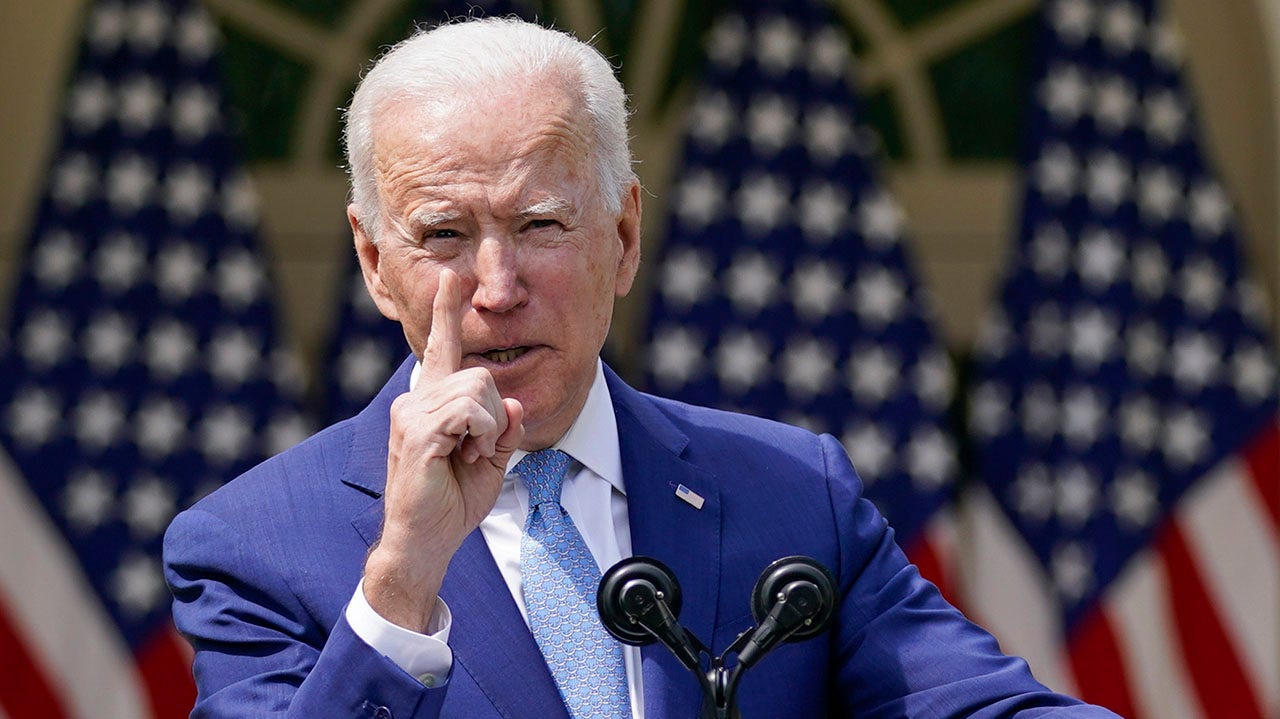 President Joe Biden turned 80 on Nov. 20, 2022 — and debate is ongoing, from a health perspective, about his advanced age and the capacity of individuals of that age to serve in the highest office in the land.

Biden has surpassed former President Reagan as the oldest president to serve in the White House — and the milestone has people wondering: Is there an age that is too old for someone to be president?

“I think it’s a legitimate thing to be concerned about anyone’s age, including mine,” Biden himself told MSNBC in October.

BIDEN BECOMES FIRST PRESIDENT TO REACH 80 WHILE IN OFFICE

He added, “But I think the best way to make the judgment is to watch me.”

When the Founding Fathers, who were mostly in their early 40s, were deciding the age of the president in 1787, they were more concerned with someone appearing “too youthful” than too old, according to History.com.

President Joe Biden during an event in Los Angeles. "I think it’s a legitimate thing to be concerned about anyone’s age, including mine," he said earlier this year. Then he added, "Watch me."
(AP Photo/Damian Dovarganes)

Article II of the U.S. Constitution specifies a minimum age — 35 — for someone to be president of the United States without setting a maximum age limit, the website added.

“I’m concerned about age-related dementia, which the job can accelerate given the pressure of the office,” Gary J. Schmitt, resident scholar in strategic studies at the American Enterprise Institute, told History.

“But I’m also concerned about the higher percentage of the chance of death while in office, meaning [the American people] will be voting for one candidate but getting someone else who we have not vetted as seriously.”

President Biden has a past medical history significant for non-valvular atrial fibrillation, gastroesophageal reflux, seasonal allergies and mild sensory peripheral neuropathy of his feet, according to his November 2021 health summary. 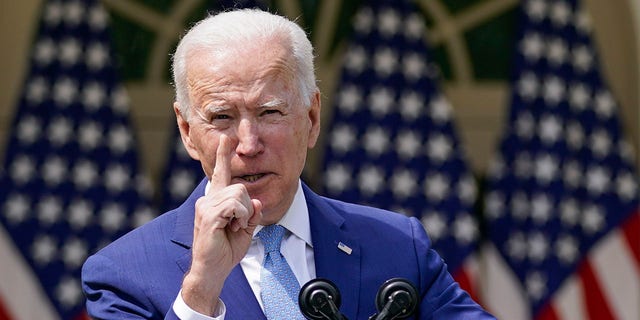 What is atrial fibrillation, exactly? The heart is composed of two upper chambers, called the atria, that pumps blood into its two lower chambers, known as ventricles, per the American Heart Association.

It normally contracts and relaxes to a regular beat. But in atrial fibrillation — or aFib — the atria beat irregularly so that blood does not flow into the ventricles efficiently, the association added.

This can lead to blood clots.

Some patients are placed on blood thinners to prevent this complication, including Biden, who is on the blood thinner called Eliquis as of November 2021.

“If a clot breaks off, enters the bloodstream and lodges in an artery leading to the brain, a stroke results,” the cardiology association noted on its website.

Depending on their risk factors, including advanced age, some patients are placed on blood thinners to prevent this complication — including Biden, who is on the blood thinner called Eliquis as of November 2021.

The medical report also noted a stiffened gait that was largely attributed to arthritis changes in his spine, although it was noted “to be perceptibly stiffer and less fluid than it has been in the past.”

The report attributed his persistent coughing and throat-clearing to his acid reflux.

A comprehensive neurologic exam did not reveal any neurological disorder, the report noted, but it did confirm mild peripheral neuropathy in his feet.

The doctor attributed his subtle gait changes in part to “limp and compensation” changes after he suffered a fracture in his right midfoot the year before. 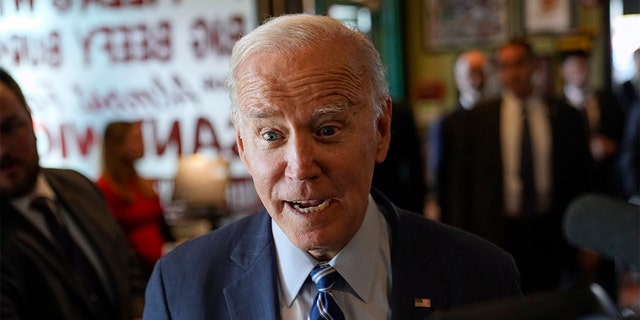 In this file photo, President Biden speaks with members of the media after picking up a meal at Primanti Bros. restaurant on Thursday, Oct. 20, 2022, in Moon Township, Pennsylvania.
(AP Photo/Patrick Semansky, File)

“President Biden remains a healthy, vigorous, 78-year-old male, who is fit to successfully execute the duties of the presidency, to include those as chief executive, head of state and commander in chief,” wrote Dr. Kevin C. O’Connor, physician to the president.

Former President Ronald Reagan, the nation’s 40th president, was almost 78 years old at the end of his second term in January 1989, according to the History.com website.

While in office, he survived an assassination attempt as well as surgery to remove a cancerous polyp in the colon — proving resilience is a quality not reserved for only the youth, History added.

Reagan famously deflected attention from his age with humor during the 1984 debate with Democratic opponent Walter Mondale, joking, “I am not going to exploit, for political purposes, my opponent’s youth and inexperience.” 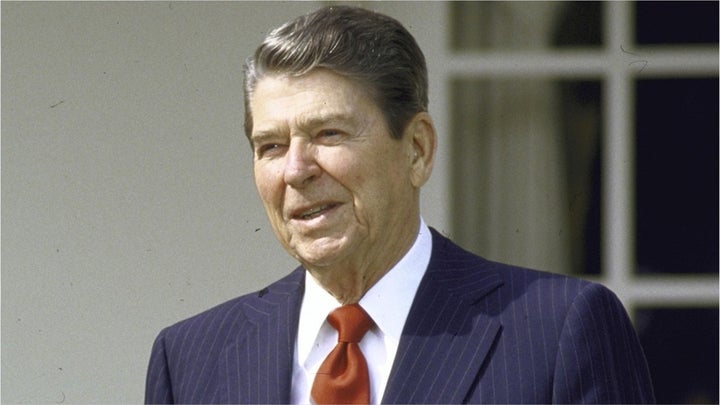 Biden’s predecessor, former President Donald J. Trump, was 74 years and 200 days old when he left office, according to History.

In an exclusive interview with Fox News medical contributor Dr. Marc Siegel in July 2020, Trump said he could successfully recall a sequence of five words on a cognitive screening test.

James Buchanan left office after only one term, at 69 years and 315 days old.

Dwight Eisenhower was 70 years and 98 days old when he left office in January 1961.

He survived a massive heart attack scare the year before he won reelection, per History’s website. 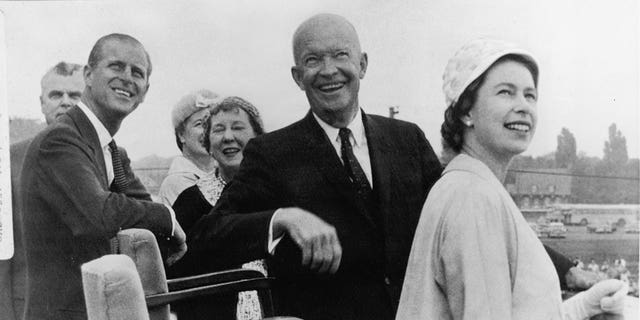 But James Buchanan, our nation’s 15th president, had his health deteriorate while in office because of the stress of the job. He left office after only one term, at 69 years and 315 days old, the same source noted.

Is history on Biden’s side?

A 2011 study on aging of U.S. presidents found that the men in the White House tended to live longer once inaugurated compared to men of the same age — “even if they hypothetically aged at twice the normal rate while in office.”

MORE THAN 50 REPUBLICANS CALL FOR BIDEN TO TAKE COGNITIVE TEST, AMID DEM CONCERNS ABOUT PRESIDENT’S AGE

“All living presidents have either already exceeded the estimated life span of all U.S. men at their age of inauguration or are likely to do so,” the study noted in 2011.

Not all experts, however, agree that the medical report in November 2021 was adequate to assess Biden’s functional and mental status.

‘Most troubling’ of all

“Most troubling was the report his gait had stiffened significantly over the prior year,” Dr. Siegel, professor of medicine at NYU Langone Medical Center, recently wrote in the New York Post.

Biden’s health report did not mention an MRI of the brain or a cognitive test, Siegel added. 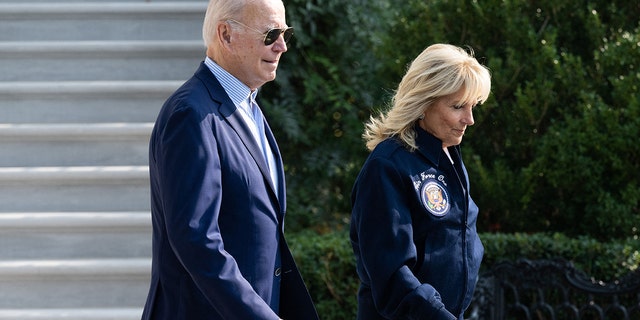 President Biden and first lady Jill Biden walk to Marine One as they depart the White House on Sept. 17, 2022.
(Saul Loeb, AFP/Getty Images)

A “stiffening gait can be associated with multiple conditions (including white matter damage or normal pressure hydrocephalus) that cause cognitive decline.”

Siegel reminded readers that Biden had two brain aneurysms surgically clipped in 1988 and had a bleed in the head.

Both conditions can lead to long-term risks of cognitive decline in certain patients, according to the medical literature, Siegel added.

The “ongoing assessment should include a full neurological evaluation.”

As another presidential annual physical is due, he advocates for Biden to have a comprehensive cognitive neuropsychiatric test — as Trump did with the Montreal Cognitive Assessment while in office — and to release it publicly, as his predecessor did.

“Of course, there’s substantial precedent for ill presidents hiding their ailments from the public, from Woodrow Wilson’s severe case of Spanish flu (which arguably affected the Treaty of Versailles) and subsequent stroke to Franklin Roosevelt’s heart failure to the extent of Dwight Eisenhower’s heart disease to John Kennedy’s Addison’s disease, all while still in office,” Siegel wrote.

Other experts suggest Biden will continue to function well despite being in his golden years.

“The older people become the less like each other they become,” Dr. John W. Rowe, professor of health policy and aging at Columbia University in New York, told Fox News Digital.

“Factors beyond chronological age, such as race, gender, educational attainment, marital status (being alone is risky, especially for men), access to good health care and financial status, in addition, obviously, to general health status, have very important impacts,” he added.

“By these criteria, President Biden is in a privileged group and is likely to continue to function very well for several years.”

“Dr. O’Connor has an obligation based on medical ethics to determine the functionality of the president,” Siegel noted. “This ongoing assessment should include a full neurological evaluation.”