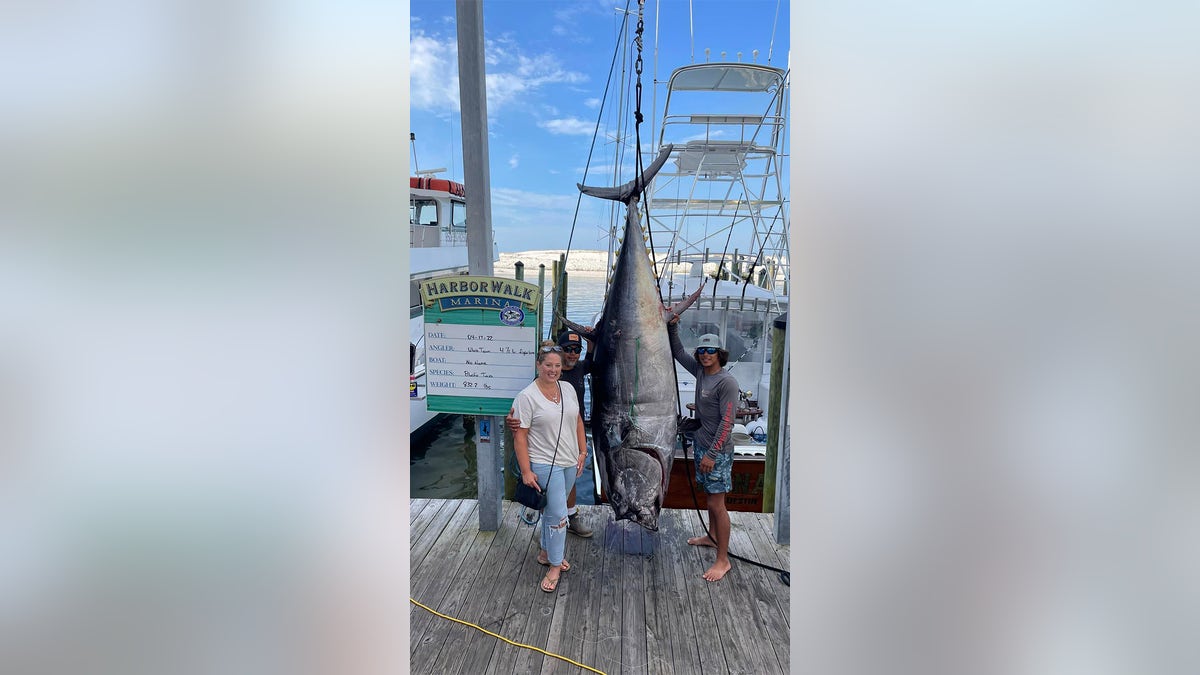 Florida fishermen reeled in a massive catch last week, which could be a new state record.

Fishermen on the boat No Name caught an 832-pound bluefish tuna in the Gulf of Mexico on April 17, according to a Facebook post by HarborWalk Marina in Destin, Florida, where the fish was caught.

The boat was led by Captain Jake Matney and had deck mates Devin Sarver and Jett Tolbert onboard, as well as Matney’s family, according to local station WEAR.

No Name reeled in the bluefin tuna 160 miles after setting out on Friday, April 15, WEAR reported. It took the No Name team four and a half hours to reel in the fish. 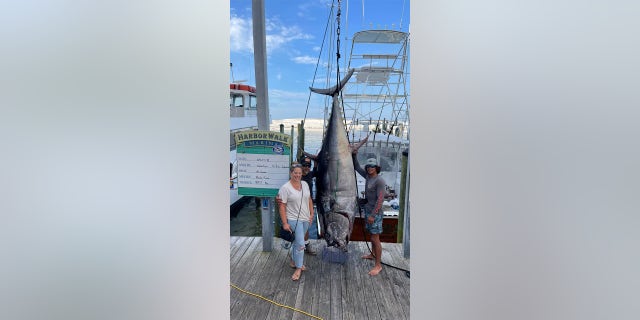 “Words cannot express how greatful [sic] I am!” Sarver wrote. “What happened to us the ups and downs of this battle make for a great story with great people! 5 hours before this fish was all said and done, THIS IS WHAT DREAMS ARE MADE OF!”

“I’ve never had so much respect for a fish and to catch him in the Gulf of Mexico is a feat of it’s own!!” Sarver added. “This bluefin was as bad as they come, God is great!”

The current state record is held by Rick Whitley who reeled in an 826-pound, 8-ounce, bluefin tuna in 2017, according to data from the Florida Fish and Wildlife Conservation Commission (FWC).

Share
Facebook
Twitter
Pinterest
WhatsApp
Previous articleDoes ‘hair of the dog’ actually work after drinking alcohol? What experts say about the hangover ‘cure’
Next articleRep. McClintock rips Biden admin for ‘flooding’ US with migrants: How does this benefit Americans?
RELATED ARTICLES
great-outdoors