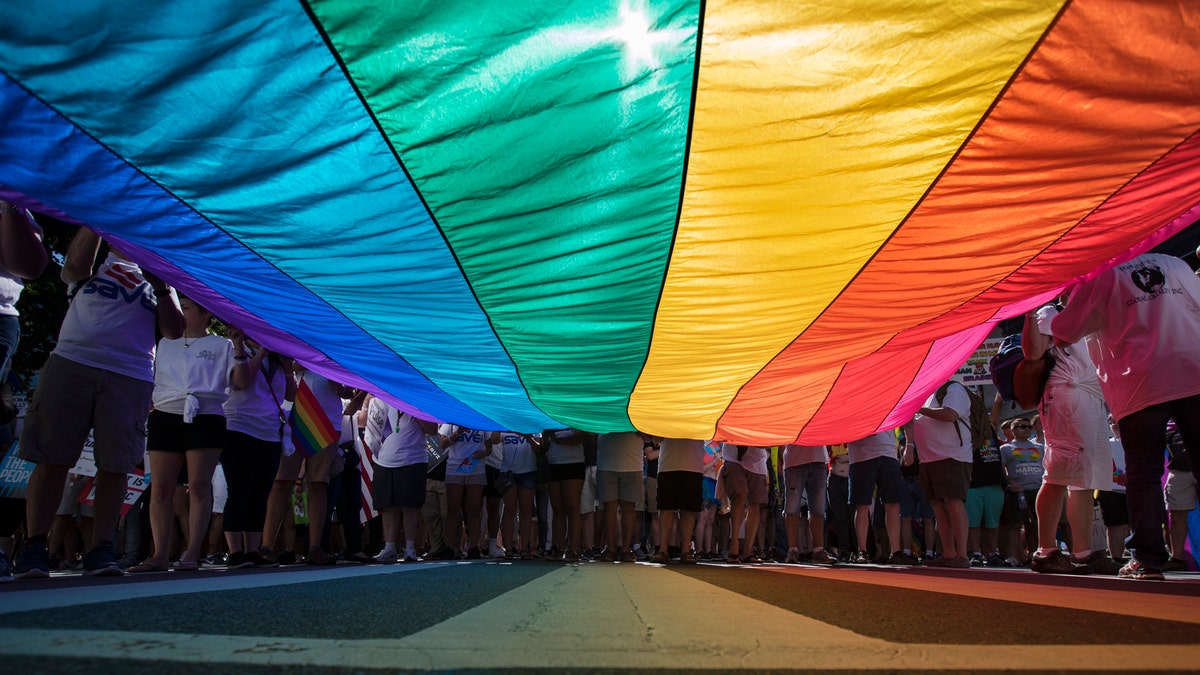 Christian leaders condemned the Evangelical Lutheran Church in America for its decision to install its first openly transgender bishop, calling the move a “subversion of the creation order” and proof that some mainline Protestant denominations have abandoned Christianity altogether.

The ELCA installed its first openly transgender bishop, the Rev. Megan Rohrer, in a service at San Francisco’s Grace Cathedral on Saturday, the Associated Press reported. Rohrer will lead one of the church’s 65 synods, overseeing nearly 200 congregations in Northern California and northern Nevada. Rohrer, who has identified as lesbian, now reportedly identifies as non-binary and prefers to go by “they/them” pronouns.

“I step into this role because a diverse community of Lutherans in Northern California and Nevada prayerfully and thoughtfully voted to do a historic thing,” Rohrer said in a statement. “My installation will celebrate all that is possible when we trust God to shepherd us forward.”

“I don’t know what trans even means in this case,” president of the Southern Baptist Theological Seminary, told Fox News in an interview on Monday. He warned that the transgender movement represents an “intentional subversion of the creation order.”

Mark Tooley, president of the Institute on Religion and Democracy, mocked the idea that the ELCA somehow made history by elevating Rohrer.

“This new ELCA bishop apparently has a new historic identity within one of America’s historic denominations by virtue of merely changing pronouns,” Tooley told Fox News. “The idea that gender can be manipulated so flippantly clearly contravenes biblical teaching that male and female are divine gifts and physical realities, not emotions, desires, or transitional identities that are self-willed.”

“Transgender ideology makes humans the architects and superintendents of existence rather than God,” the IRD president argued. “It also gnostically asserts human thoughts over physical reality,” he added, referencing the ancient Christian heresy of Gnosticism, which prioritized a person’s spiritual identity over the physical body.

Tooley predicted that the transgender movement will pass. “Natural law, not just revelation, informs all people everywhere that male and female are intrinsic to nature and creation, not artifices subject to human whim,” he argued.

While he encouraged churches to “offer love and compassion to all persons professing to be transgender,” he warned that “they should not elevate to senior leadership persons who think self-will trumps God’s designs.”

David Closson, director of the Center for Biblical Worldview at the Family Research Council, told Fox News that the ELCA transgender bishop should not come as surprising news. He noted that the ELCA first recognized same-sex marriage in 2009 and allowed openly gay clergy since 2010. “The denomination has been in lockstep with the moral revolution for over a decade.”

Like Mohler and Tooley, Closson argued that the ELCA’s “embrace of transgenderism is completely at odds with Scripture.”

“God did not create androgynous beings; He created two complementary, biologically, and genetically sexed individuals. God built the complementarity of the sexes into the very fabric of creation,” he explained. “Encouraging, promoting, and celebrating transgenderism through the promotion of a transgender clergy represents just the latest step away from biblical orthodoxy for a denomination that long ago stopped caring what the Bible teaches on moral and ethical matters.”

Mohler went even further. He claimed that the ELCA had embraced a new religion, different from Christianity.

“The ELCA isn’t just trying to preach the old gospel with a new bishop. It’s a new religion,” he argued.

“It’s a new religion that is trying to inhabit the space of traditional Christianity, trying to claim the titles, to claim ownership of the buildings, and to take ownership of the institutions while representing a religion that is at virtually every point contradictory to biblical Christianity,” he told Fox News. “The gospel of Jesus Christ in biblical terms is left far behind.”

“When I speak of the gospel, I’m speaking of the good news that God saves sinners through the atonement accomplished by the Lord Jesus Christ, this comes to those who repent. That’s a very different message than what is being preached by the ELCA,” Mohler argued. By redefining sin the denomination “redefines the saving work of Christ.”

While Mohler expressed his sympathy with “those who are struggling with sexual identity or gender identity,” he emphasized that “the great promise of the gospel of Jesus Christ is the restoration to right relationship with God, and without that there is no hope for any of us.”

Mohler also noted that the LGBTQ announcements take place in denominations that “are increasingly evacuated of members.” He noted that the more liberal Mainline Protestant denominations – be they Presbyterian or Lutheran or Episcopalian – have “been in decline for decades.”