Kate Hudson on co-parenting her three children with three different fathers: 'I feel like we're killing it'

The 43-year-old actress, who shares son Ryder, 18, with ex-husband Chris Robinson, son Bingham, 11, with ex-fiancé Matt Bellamy, and daughter Rani Rose, 4, with fiancé Danny Fujikawa, opened up about her blended family in an interview with The Sunday Times.

“It might not look traditional from the outside, but on the inside I feel like we’re killing it,” the “Glass Onion: A Knives Out Mystery” star told the outlet.

She continued, “The unit that I’ve created with three children with three different fathers is a seriously strong unit, and it’s ours.” 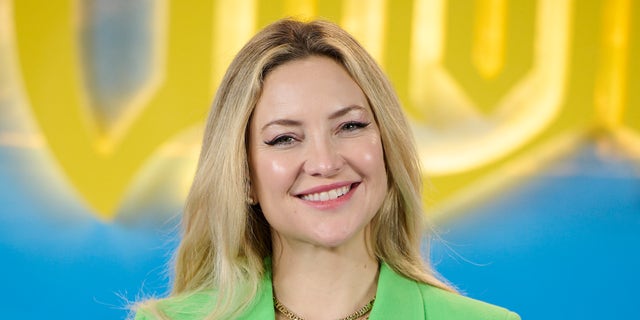 “I’m not interested in forcing some conventional idea of love or marriage. I’d like to be able to grow intimately with my partner for a long time, but I also don’t have rose-coloured glasses on.”

“My goal in life is that I want to feel love and I want to give love, but I’m also practical, so, one day at a time,” Hudson added. “I work really hard at relationships because I like them.”

“My parents have done an amazing job of continuing that dance,” the Academy Award nominee noted.

Hudson was referring to her mother Goldie Hawn, 77, and her partner of 39 years, Kurt Russell, 71. Though Hudson is the biological daughter of Hawn and musician Bill Hudson, 73, the “Fool’s Good” actress has said that she considers Russell to be her father. 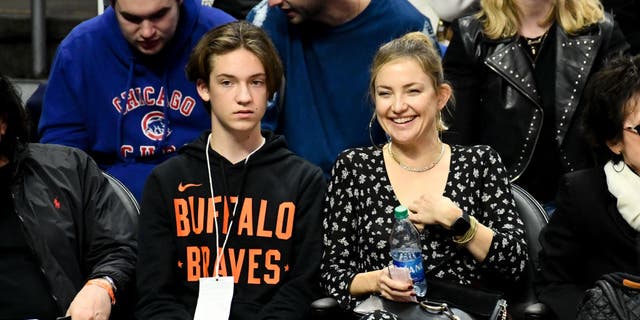 Hudson famously moved in with Robinson, 55, just a few days after they met in May 2000. The couple tied the knot on New Year’s Eve of that year and Hudson gave birth to Ryder in 2004. However, the two separated in November 2006 and finalized their divorce in October 2007.

In her interview with the Times, Hudson shared her thoughts on how she has approached parenting differently since welcoming her first-born with The Black Crowes founder when she was 24.

“I’m definitely more present as a mother now that I’m older,” the Los Angeles-native said. “With Ryder, our relationship is so special because I grew up with him. The big learning period of my life and becoming a woman happened as I was being a mother.”

She continued, “It was a choice. We wanted to have a baby and it felt instinctual. I was very attached to him and vice versa. I took him everywhere. I didn’t leave him until he was two. I didn’t even really put him in school until he was ten, whereas I’m far more structured with my other kids. When Ryder got older I [realized] a little more structure might be good for the kid.” 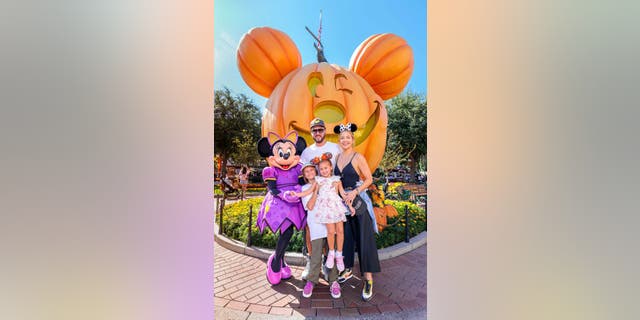 The Fabletics founder shared that her eldest is “in college and very happy,” adding, “Chris and I just need to check in once in a while.”

Hudson and Bellamy, 44, began dating in 2010 after meeting at the Coachella Music Festival in Indio, California. The two revealed that they were engaged in April 2011 and welcomed Bingham “Bing” in July of that year.

In December 2014, the actress and the Muse frontman announced that they had called off their engagement. However, they have remained on good terms since ending their romance.

“Matt is so wonderful — I couldn’t have asked for a better co-parent,” Hudson said.

“For me it’s like, you loved this person. That doesn’t just go away, but you can re-establish a different kind of love,” she added. “You can have an amazing time with an ex-partner because you’re really only focused on the love of your child.”

Bellamy is now married to model Elle Evans, whom he wed in 2019. The two share 2-year-old daughter Lovella. Hudson told the Times that she and Evans are close friends, and they vacation together with their families.

The “Almost Famous” star began dating Fujikawa, 36, a longtime family friend, in December 2016. Hudson first met the musician when she was 23 and pregnant with Ryder.

Hudson told the Times that the couple are in no rush to the altar.  “I hope we get married!” she said with a smile. “We’re not in a hurry. The last thing I need right now is to plan a wedding on top of everything else, but I’m excited about it.”

“Last night he was going through some old footage on his phone of him and Rani and it melted my heart,” she added. “He’s such a wonderful dad and stepdad.”