Hailey Bieber is 'emotional' from ovarian cyst: 'Not a baby' 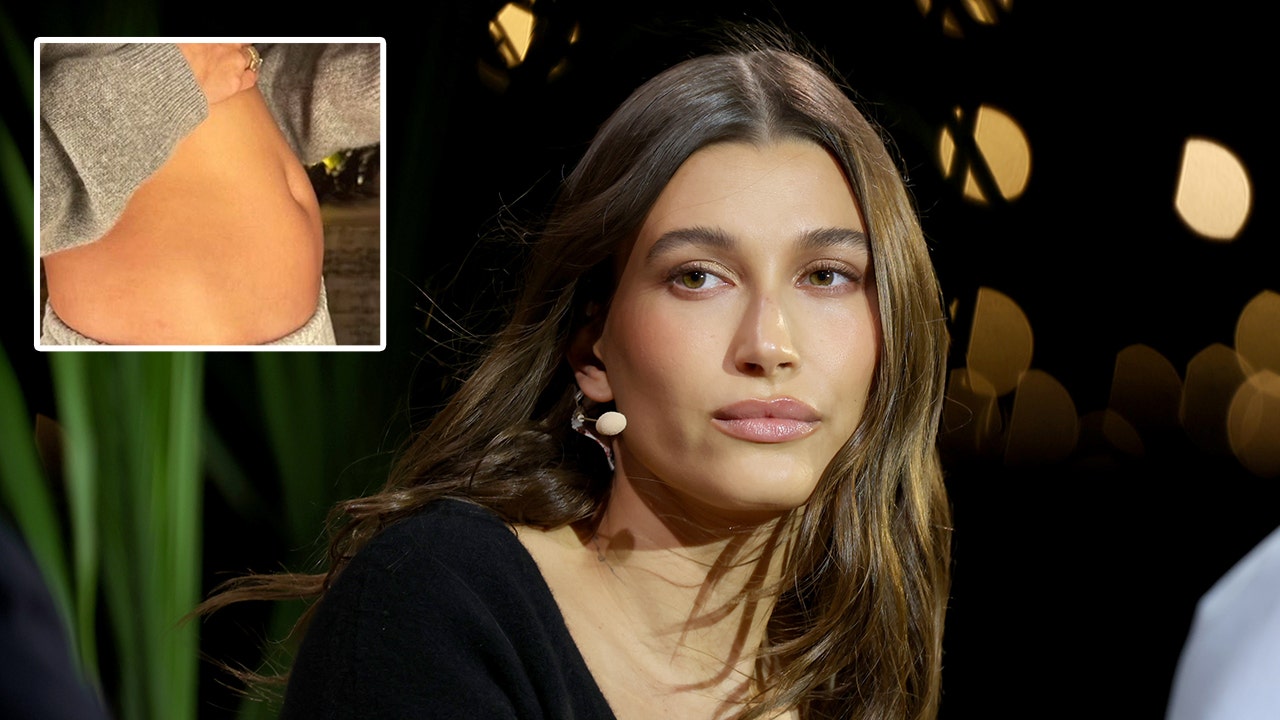 Hailey Bieber is feeling a wave of emotions while revealing a new health battle she is facing.

“I have a cyst on my ovary the size of an apple,” the model wrote on her Instagram story, along with a picture highlighting her stomach.

The 26-year-old shared that while she doesn’t suffer from endometriosis or Polycystic Ovary Syndrome (PCOS), she has had an ovarian cyst “a few times,” which she explained is “never fun.”

Written beneath the picture of her stomach, Bieber emphasized that she is not pregnant, and any “protrusion” is “not a baby.” 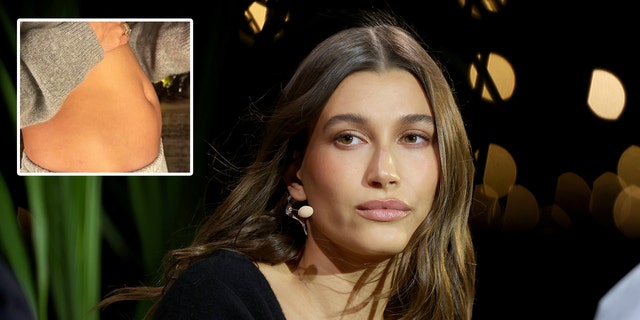 Hailey Bieber clarified in a new photo shared to Instagram that she doesn’t have a baby bump but rather an ovarian cyst.
(Phillip Faraone/Getty Images for The Wall Street Journal/Instagram)

“It’s painful and achy,” she said of the cyst, adding it makes her “feel nauseous and bloated and crampy and emotional.”

This is not the first time Bieber has spoken candidly on a health struggle.

In a YouTube video shared in April, Bieber revealed what happened in March when she suffered a mini-stroke.

“The right side of my face started drooping, I couldn’t get a sentence out…Immediately, I thought I was having a stroke.” 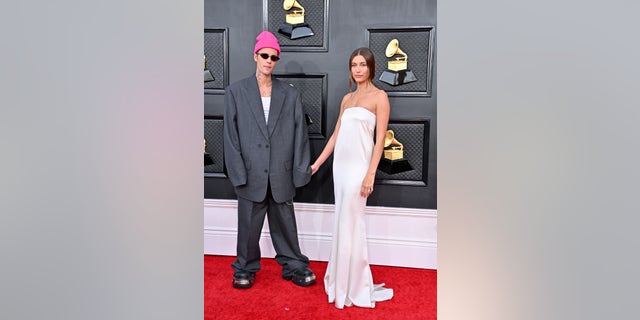 The scary incident led to the discovery of a heart condition. In that same YouTube video, she revealed she underwent a medical procedure to fix a hole in her heart and that she was “recovering really well.”

Months later, her husband musician Justin Bieber revealed that he was suffering from partial facial paralysis and had been diagnosed with Ramsay Hunt syndrome. 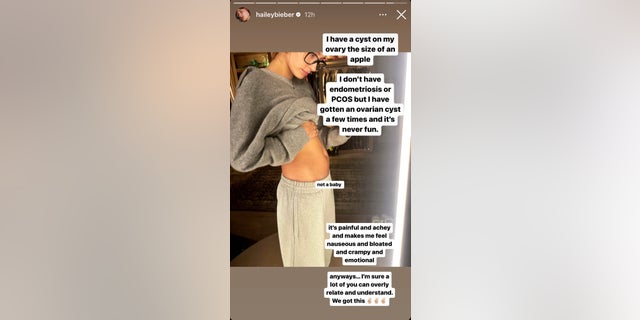 Hailey Baldwin has been candid about previous health struggles she has faced in the past year, including suffering a mini-stroke in March.
(Instagram)

Despite the discomfort, Bieber also offered words of encouragement in her Instagram story for others going through a similar situation. 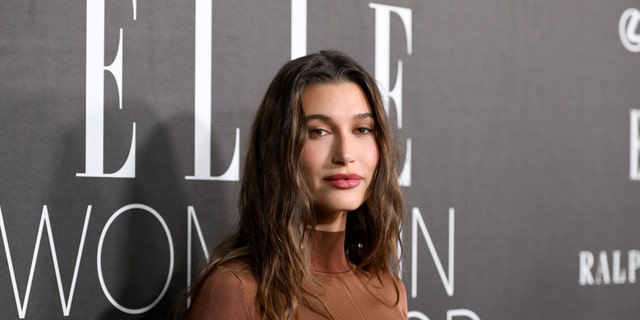 Hailey Bieber admitted to feeling "emotional" due to her ovarian cyst.
(Charley Gallay/Getty Images for Elle)

She wrote, “Anyways…I’m sure a lot of you can overly relate and understand. We got this” adding three peace sign hand emojis.