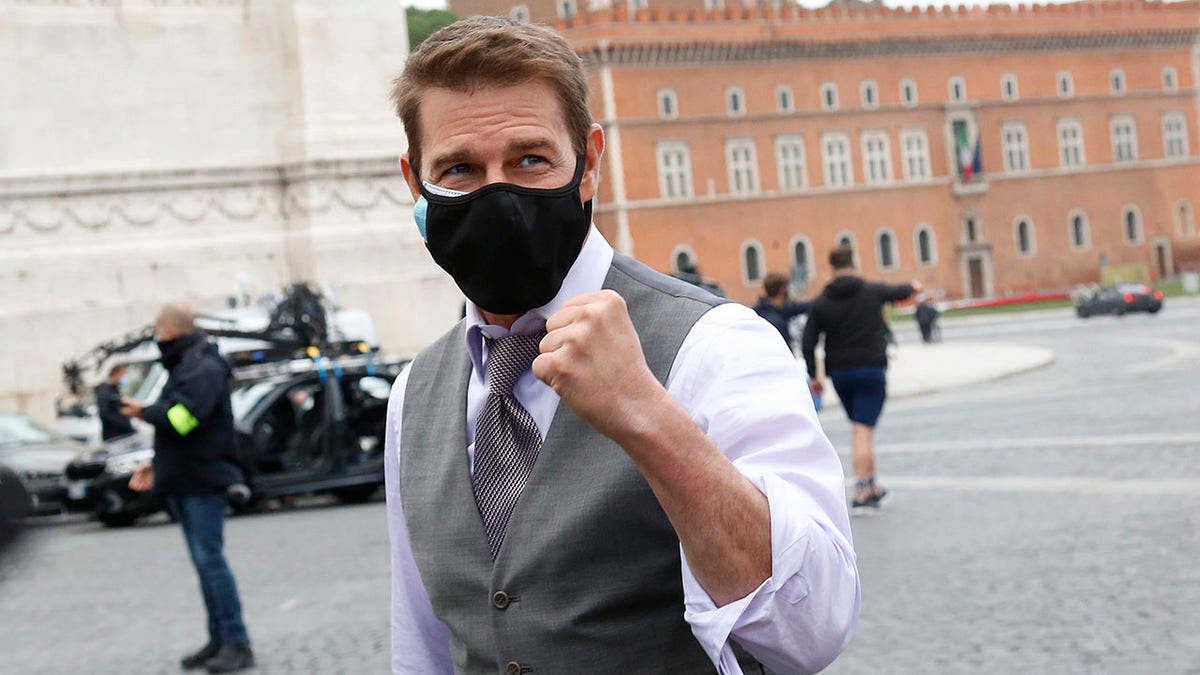 Tom Cruise got a sneak peek at what it’s like to circle Earth in a SpaceX capsule.

Representatives for SpaceX’s first privately chartered flight revealed Friday that the actor took part in a call with the four space tourists orbiting more than 360 miles up. Thursday’s conversation, like the entire three-day flight, was private and so no details were released.

“Maverick, you can be our wingman anytime,” came the announcement from the flight’s Twitter feed. Cruise starred as Navy pilot Pete “Maverick” Mitchell in the 1986 film “Top Gun.” A sequel comes out next year.

Last year, NASA confirmed it was in talks with Cruise about visiting the International Space Station for filming. SpaceX would provide the lift, as it does for NASA astronauts, and like it did Wednesday night for the billionaire up there now with his two contest winners and a hospital worker.

GRIMES SHARES WHY HER, ELON MUSK’S SON DOESN’T CALL HER MOM: ‘HE CAN SENSE MY DISTASTE FOR THE WORD’ 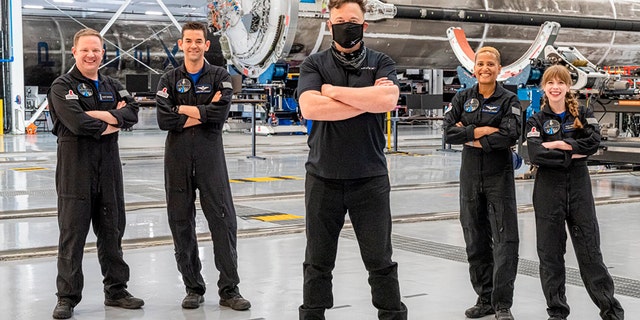 In this photo provided by Inspiration4, Elon Musk, front center, poses with the all-amateur crew before departure to Launch Complex 39A for a launch into space, Wednesday, Sept. 15, 2021, at Kennedy Space Center, in Cape Canaveral, Fla. Standing behind Musk, from left to right, are Chris Sembroski, Jared Isaacman, Sian Proctor and Hayley Arceneaux.
(John Kraus/Inspiration4 via AP)

Their flight is due to end Saturday night with a splashdown in the Atlantic off the Florida coast.

The four showed off their capsule in a live broadcast Friday. They’re flying exceedingly high in the automated capsule, even by NASA standards.

Until this all-amateur crew, relatively few NASA astronauts had soared that high. The most recent were the shuttle astronauts who worked on the Hubble Space Telescope over multiple flights in the 1990s and 2000s.

To enhance the views, SpaceX outfitted the Dragon capsule with a custom, bubble-shaped dome. Photos of them looking out this large window were posted online, otherwise little else had been publicly released of their first day in space.

Besides talking space with Cruise, the four capsule passengers chatted Thursday with young cancer patients. Hayley Arceneaux, a childhood cancer survivor, led the conversation from orbit with patients from the hospital that saved her life almost 20 years ago: St. Jude Children’s Research Hospital. A 6-year-old-boy wanted to know if there are cows on the moon — like in the nursery rhyme. 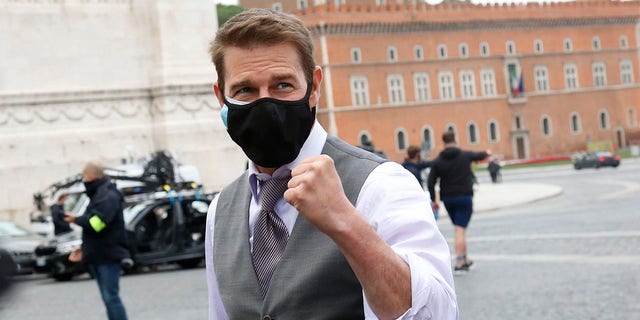 Actor Tom Cruise talking and making selfie with his fans during a pause on the set of the film Mission Impossible 7 in Piazza Venezia, just in front of the Victor Emmanuel II Monument (Tomb of the Unknown Soldier).
(Samantha Zucchi/Insidefoto/Mondadori Portfolio)

“I hope there will be one day. Right now, no, there aren’t,” replied another passenger, Sian Proctor. “We’re going to go back to the moon soon and we’re going to investigate all kinds of things about it.”

The video linkup was not broadcast live but shared by St. Jude on Friday. Seeing the Earth from so high is “so beautiful,” Arceneaux told them.

Now a physician assistant at St. Jude, Arceneaux is the youngest American in space at age 29.

Pennsylvania entrepreneur Jared Isaacman, 38, purchased the entire flight for an undisclosed amount. He’s seeking to raise $200 million for St. Jude through the flight he’s named Inspiration4, half of that coming from his own pocket.

The two other Dragon riders won their seats through a pair of contests sponsored by Isaacman: Chris Sembroski, 42, a data engineer, and Proctor, 51, a community college educator.

During the broadcast Friday afternoon, Sembroski played a ukulele that will be auctioned off for St. Jude. “You can turn your volume down if you wish, but I’ll give it a shot,” he said.

Proctor, who is an artist, showed off a drawing in her sketchbook of a Dragon capsule being carried by a mythological dragon away from Earth.

All four share SpaceX founder Elon Musk’s quest to open space to everyone.

“Missions like Inspiration4 help advance spaceflight to enable ultimately anyone to go to orbit & beyond,” Musk tweeted Thursday after chatting with his orbiting pioneers.

The Associated Press Health and Science Department receives support from the Howard Hughes Medical Institute’s Department of Science Education. The AP is solely responsible for all content.