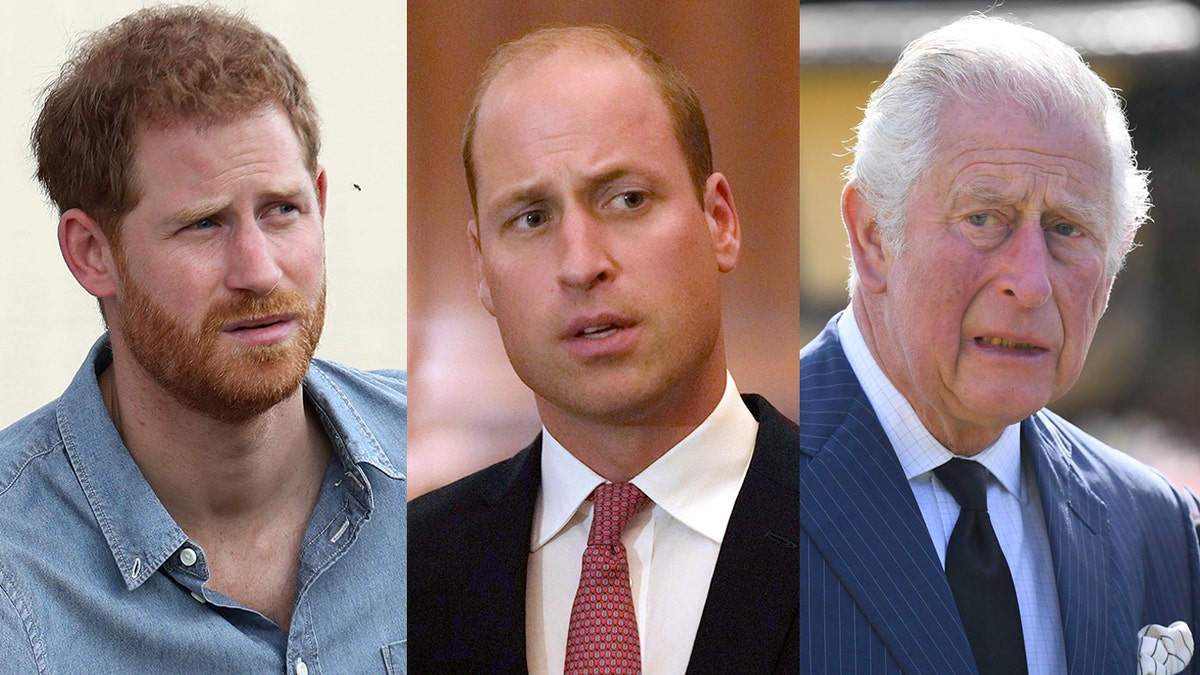 on Wednesday opened up about his life as a father, what the Invictus Games mean to him, and where his relationships with the British royal family members stand today.

In a pre-recorded interview that aired Wednesday, Harry sat down with Today’s Hoda Kotb as he’s currently in the Netherlands with wife Meghan Markle for the Invictus Games, which he founded.

On the heels of his and Meghan’s first joint trip back home to Harry’s native United Kingdom to meet with Queen Elizabeth, he was asked about whether he misses his family, specifically his father, Prince Charles, and his brother, Prince William.

“For me, in the moment, I am here to focus on these guys and these families,” Harry responded, referencing the Invictus Games families instead.

PRINCE HARRY’S MISSION NOW IS TO ‘PROTECT’ QUEEN ELIZABETH AFTER TRIP BACK TO UK: ‘IT WAS SO NICE TO SEE HER’

He said his goal is to make sure every family has “an experience of a lifetime.” 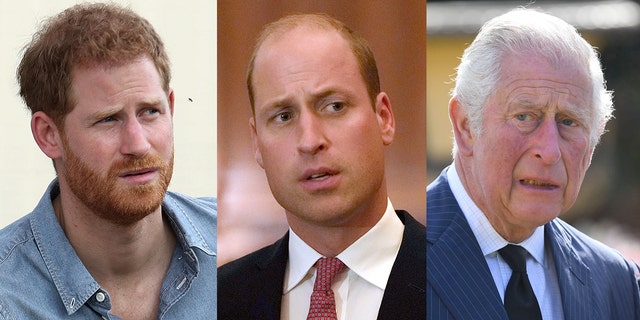 Prince Harry did not directly answer a question about whether he misses his brother Prince William and dad Prince Charles since moving to the United States.
(Getty Images)

“That’s my focus here,” Harry continued before saying then he will return home to his “two little people” – son Archie and daughter Lilibet – whom he said he misses “massively.”

Rumors of an alleged royal came to light in 2019, when royal author Katie Nicholl claimed that since Markle and Harry announced their engagement in 2017, William grew increasingly worried about his brother and his whirlwind romance with the American actress.

Harry touched on reports that he wants to return to his homeland in June for his grandmother Queen Elizabeth’s Platinum Jubilee celebrations, but briefly cited ongoing security concerns that could come in the way of that.

“I don’t know. There’s lots of things right now, security issues, and everything else, so this is what I’m trying to do. I’m trying to make it possible so I can get my kids to meet her,” Harry shared.

On Saturday, the queen will turn 96. While Harry joked that his grandmother may be getting “bored of her birthdays,” he shared what he feels is the best thing about the reigning monarch.

“Her sense of humor and her ability to see the humor in so many different things. We have a really special relationship. We talk about things that she can’t talk about with anybody else,” the 37-year-old said. 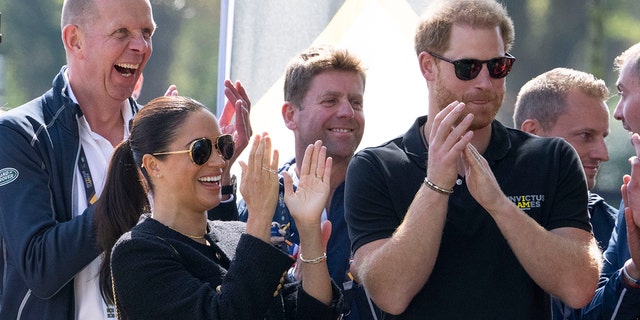 The Duke of Sussex took part in the Invictus Games — the fifth iteration of the famed sporting event for injured and sick veterans. Harry shared that it feels “amazing” to be back for the event.

“It feels amazing but every single Games that I go to I hear the same thing from so many of them and that it feels amazing that we managed to play a part in their recovery but it also makes me incredibly sad to know that’s how dark it was for them.”

Harry went on to discuss his own mental health journey, which he’s been open about in the past. He discussed the importance of knowing how to manage emotions.

“For so many people it’s about management. You know the things that trigger you and you try to stay away from that. All I do know is that there is a light at the end of the tunnel for absolutely everyone,” he shared.

It’s been two years since Harry and his wife stepped down from their senior royal duties and moved away from the United Kingdom to North America. The couple have since settled down in Santa Barbara, California, where they live with their two children. While Harry praised the supportive “community” around the couple in their new “home,” he admitted he’s not sure if it’s possible for anyone to truly be at peace at all times. 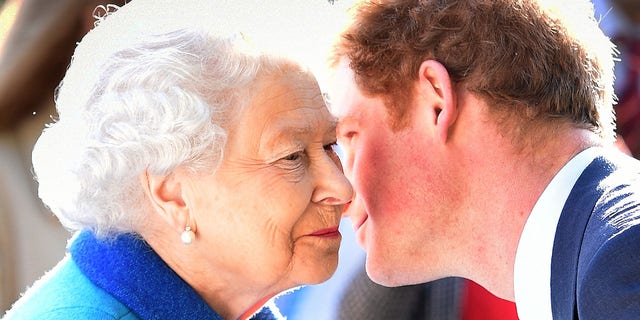 “I don’t know how many people feel truly peaceful. At times, I feel massively at peace but with everything that’s going on in the world…[I’m] trying to use the platform and the influence to try and steer people to try to help. I think the biggest concern or biggest issue that people wrestle with on a daily basis that provides more anxiety for me and for them is their helplessness. We as human beings are compassionate people but when your life becomes really hard it can be, for some, harder to find the compassion for other people. But what I’ve learned over the years, I find healing in helping others and that’s what we really should be focusing on.”

In terms of how he spends his days with wife Meghan, Archie and Lilibet, Harry explained what a typical Wednesday is like for him.

“It revolves around the kids as much as humanly possible. This whole working from home stuff is not all it’s cracked up to be. It’s really hard because when your kids and you are in the same place it’s really hard to separate the work from them because they kind of overlap,” Harry shared, adding that his son “interrupts my zoom calls more than anybody else.”

Dishing more on his bond with his kids, Harry said his mantra is “trying to make the world a better place for my kids.” “What’s the point of bringing kids into this world, right? That’s a responsibility I feel as a parent and you probably feel as well. I think we can’t fix everything, you know that, but what we can do is be there for each other,” he added.

Harry also confirmed that he talks about his mother Princess Diana to his children, who he said he constantly in his thoughts. 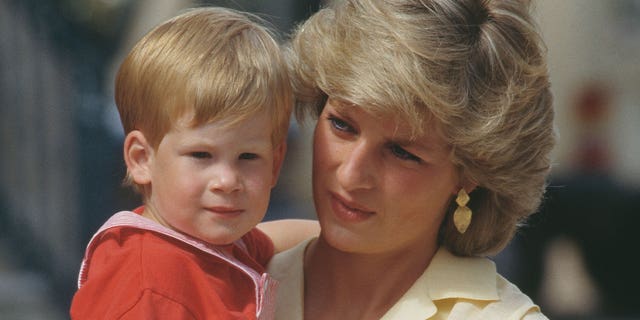 Diana, Princess of Wales (1961 – 1997) with her son Prince Harry during a holiday with the Spanish royal family at the Marivent Palace in Palma de Mallorca, Spain, August 1987.
(Terry Fincher/Princess Diana Archive)

“For me, it’s constant. It has been over the last two years more so than ever before,” he said of his late mother’s presence in his life.

“It’s almost as though she’s done her bit with my brother and now she’s very much helping me set up, that’s what it feels like. He’s got his kids, I’ve got my kids. The circumstances are obviously different. I feel her presence in almost everything that I do now but definitely more in the last two years than ever before. She’s watching over us.”

Harry concluded that while his life and home base is quite different than it was a few years ago, he said life for him and his wife hasn’t changed much. 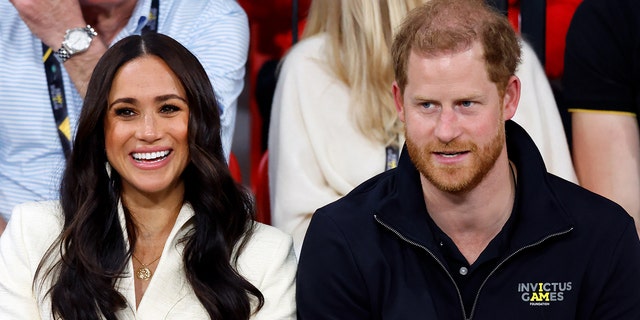 Meghan, Duchess of Sussex and Prince Harry, Duke of Sussex watch the sitting volley ball competition on day 2 of the Invictus Games 2020 at Zuiderpark on April 17, 2022 in The Hague, Netherlands.
(Max Mumby/Indigo/Getty Images)

“I think the focus is very much the same from my wife’s point of view. This is a life that she signed up for and we’re doing it together as a couple forever. Because of the circumstances, when you moved that life of service to the States… I’ll continue to do what we were doing before. Nothing’s changed for us. It’s just a little bit more complicated to sort of restart,” Harry said.