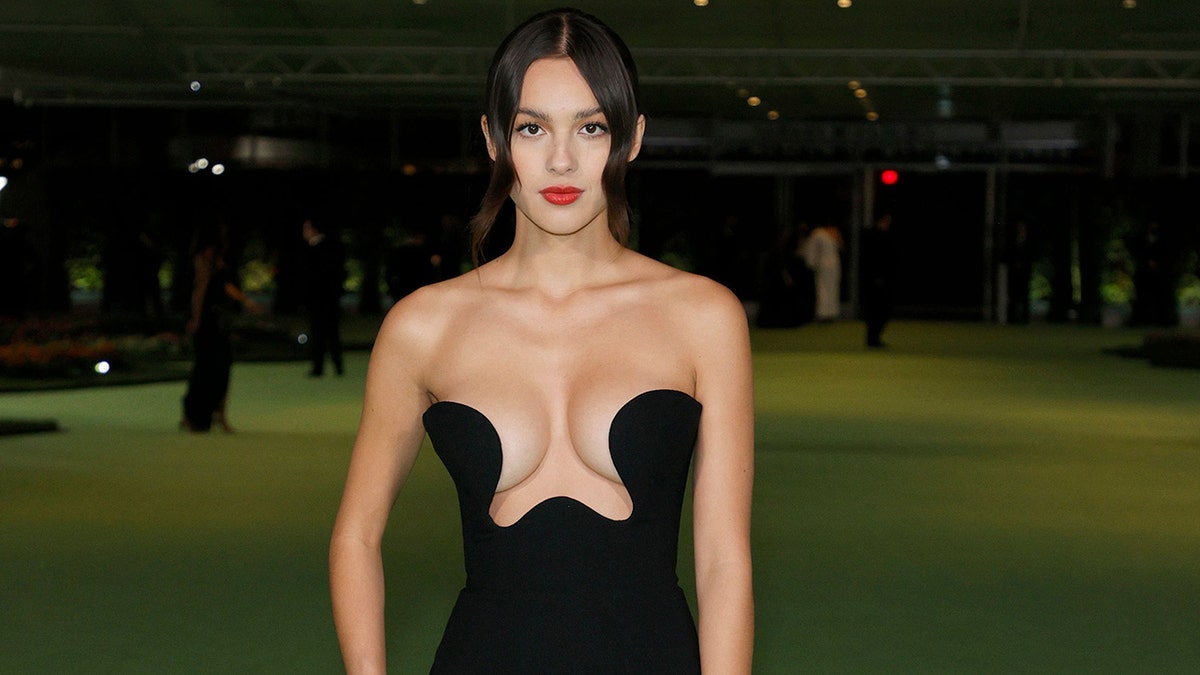 Olivia Rodrigo left little to the imagination in a very risque gown she wore to the gala in Los Angeles.

The 18-year-old singer attended the opening of the Academy Museum of Motion Pictures Opening Gala on Saturday night and stole the spotlight in a strapless black Saint Laurent dress by Anthony Vaccarello.

The sleek dress featured a thigh-high slit and a plunging, sculptural neckline that highlighted her cleavage.

Rodrigo kept her hair and makeup simple by wearing just a low bun and a bright red lip.

The musician is having quite the year. She released her first album “Sour” to rave reviews and thus far it’s the No. 2-selling album of 2021.

She also performed on “Saturday Night Live” and attended the Met Gala earlier this month. Next year, she plans to go out on tour to promote her music. 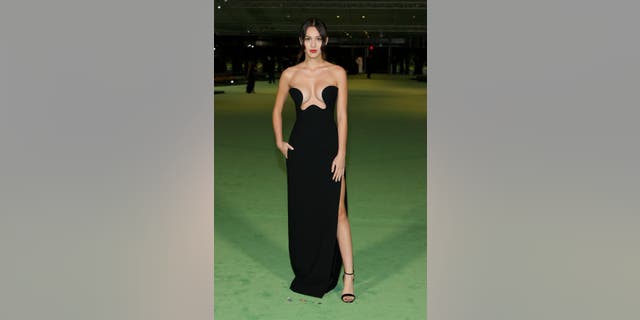 The “Good 4 U” singer recently told Vogue Singapore how fame has changed her life.

“It can be really tough on your mental health, though,” Rodrigo added. “I’m grateful for the people who like me for me, and keep me separated from all the noise and tabloids or what people are saying about me on social media. That’s always been a top priority.”

“It’s funny how recognition changes everything and also changes nothing in your life,” she continued. “The problems I was having a year ago are still the problems I’m having now, and things that brought me joy a year ago are still the things that bring me joy now. It’s just another aspect of life that you need to learn how to deal with, but it doesn’t change who you are as a person.”

Rodrigo admitted she’s still learning that some people in her life are happy for her success and some people aren’t.

“Sometimes when you have a lot of success really quickly, it can scare people and make people feel different. That was an interesting thing to learn. I’m figuring it all out,” she explained.

Rodrigo, who started out on Disney Channel, said her parents have really helped keep her life balance.

“My parents take all this craziness in the best way,” Rodrigo said. “They always say, ‘We are so proud of you and all these achievements are incredible, but we would be equally proud of you if you were in school in your hometown.’ They’re the best and that’s a really important attitude to have.”