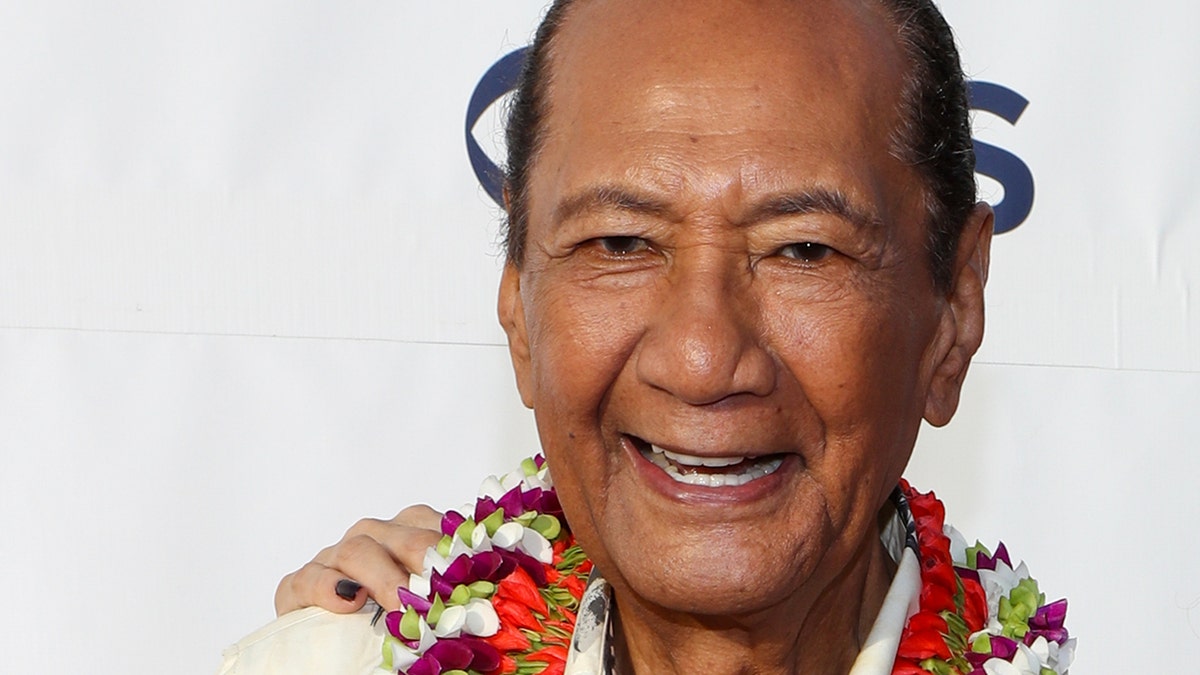 His death was confirmed by family members, who said he had been hospitalized recently after suffering a stroke, the Honolulu Star-Advertiser reported.

Harrington also appeared in the CBS reboot of “Hawaii Five-0,” playing the recurring role of surf shop owner and bus driver Mamo Kahike from 2011 to 2018.

Born Tausau Ta’a on Dec. 12, 1935, in American Samoa, Harrington was raised by his grandmother until he was 3, when his mother, Lela Suapaia, had him join her in Honolulu, Hawaii.

Suapaia later married mainland-born Roy Harrington, who had come to Hawaii while serving in the US Army. Al bonded with his stepfather and officially changed his surname to Harrington.

Harrington joined the cast of “Hawaii Five-0” in 1972, replacing original cast member Gilbert “Zulu” Kauhi (Kono) as the Polynesian member of the “Five-0” team. Harrington’s three years on the show earned him an international cult following. 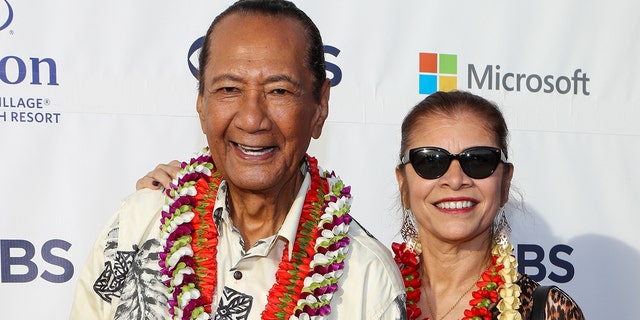 Al Harrington (L) and his wife attend the Sunset On The Beach event celebrating the 10th season of ‘Hawaii Five-0’ and season 2 of ‘Magnum P.I.’ at Queen’s Surf Beach on September 19, 2019 in Waikiki, Hawaii. (
(Darryl Oumi)

When Harrington left the show in 1975, he launched a second-act career as a Waikiki showroom headliner and recording artist known affectionately as “The South Pacific Man.” He retired from the stage in 1992, and spent the next 13 years living on the mainland doing film work in Utah and California.

Among his many other projects were the Tom Hanks classic “Forrest Gump,” a string of episodic TV guest spots in projects ranging from “Charlie’s Angels,” “The Jeffersons,” “Magnum P.I.” and “Scrubs.”

He returned to live in Hawaii in 2008 and was awarded the Hawai’i Academy of Recording Arts Lifetime Achievement Award in 2018.

Harrington is survived by his wife, Rosa, sons Alema and Tau, daughters Summer and Cassi Harrington Palmer, and several grandchildren.