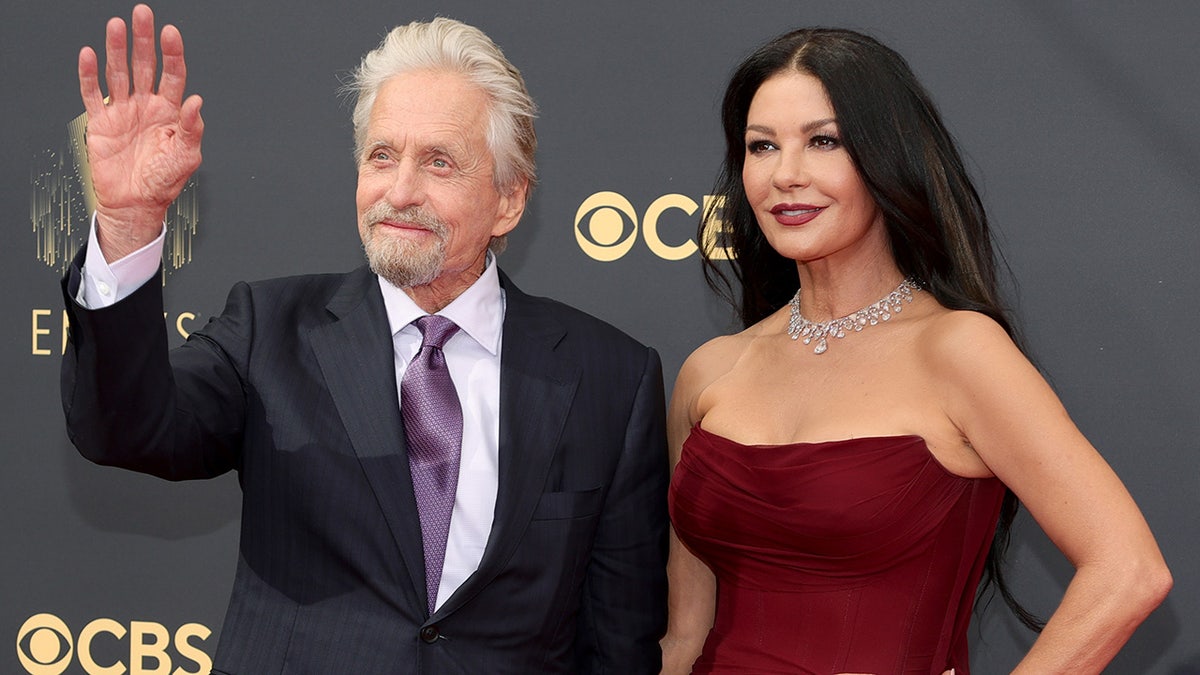 Michael Douglas and Catherine Zeta-Jones are enjoying a night out on the town.

The lauded actors hit the red carpet at the 2021 Emmy Awards on Sunday night, where Douglas, 76, is up for an award for starring in Netflix‘s “The Kominsky Method.”

For the evening, Zeta-Jones, 51, wore a strapless maroon gown with a train and a high leg slit. She completed her ensemble with dark red heels and a dazzling silver necklace.

For his part, Douglas wore a dapper suit with a lavender tie. 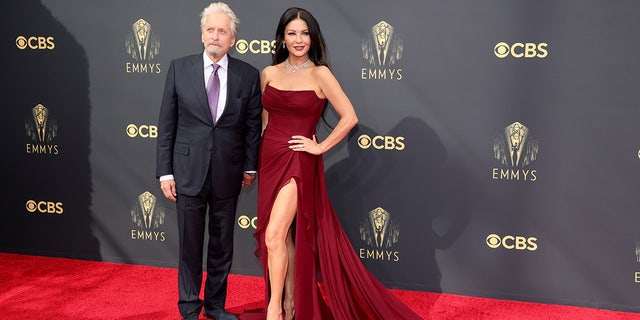 The actor is up for outstanding lead actor in a comedy series for playing Sandy Kominsky, an aging acting teacher who works closely with his daughter and his best friend to manage the antics of his studio. Douglas is also nominated for producing the show.

Zeta-Jones gushed over her hubby while on the red carpet, admitting that she still gets excited to see him at award shows.

“I always like to see my husband nominated on the red carpet,” she said during E! News’ red carpet pre-show, per People magazine. 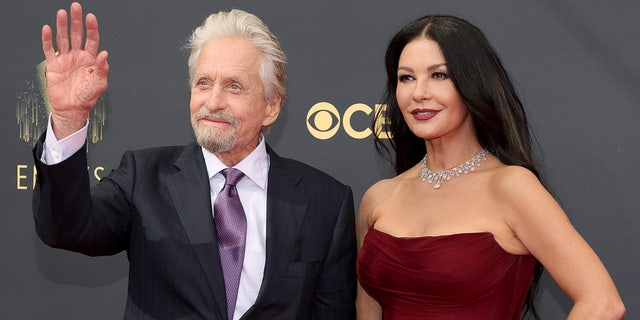 Michael Douglas is nominated for two Emmys for his work on Netflix’s ‘The Kominsky Method.’
(Photo by Rich Fury/Getty Images)

“I’m just about to start shooting in Romania,” she said on the red carpet of the upcoming gig, per Entertainment Tonight. “I’m so excited to be working with the great Tim Burton, and the makeup and costume designer who I’ve worked with before, and with Luis Guzmán, playing Gomez, who I worked with on ‘Traffic.’”

She added: “It’s going to be a really great camaraderie. I’m really looking forward to it.”