‘Dune’ actress Alicia Witt on making music, escaping the child star curse: ‘I was really blessed for it’ 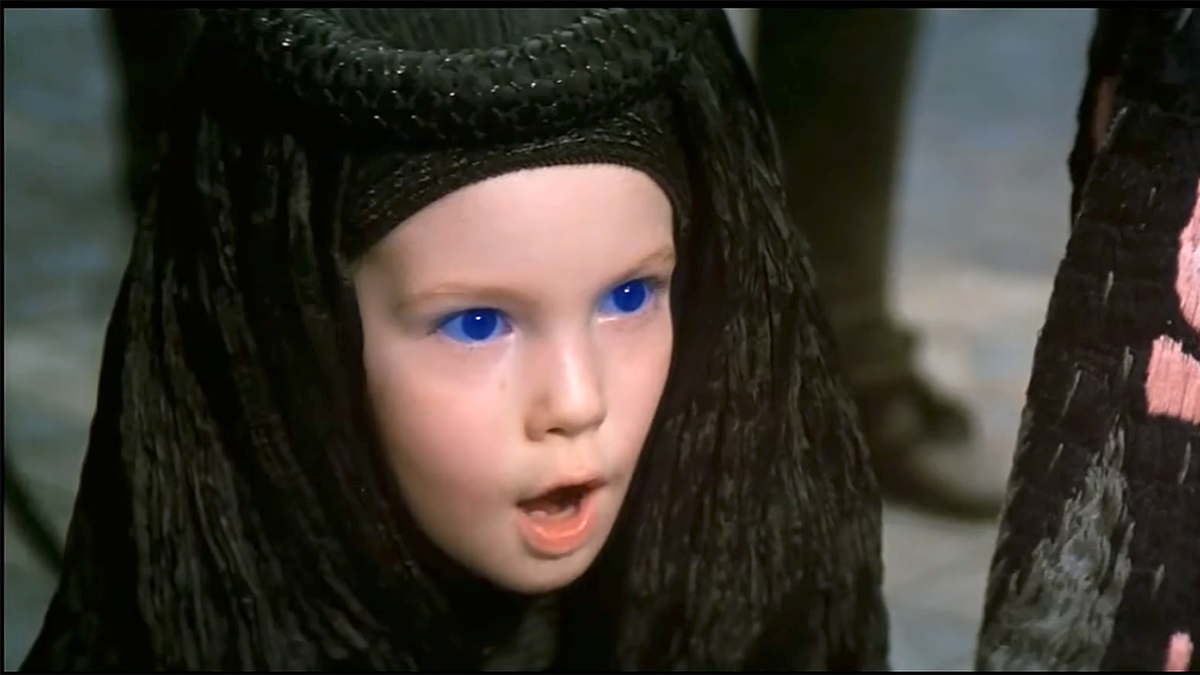 The former child star, who at age seven charmed her way into taking on David Lynch’s 1984 sci-fi cult classic “Dune,” has always been passionate about music. However, a blossoming acting career has kept her busy over the years. As a teen, she moved to Los Angeles where she appeared in a slew of films, such as “Mr. Holland’s Opus,” “Vanilla Sky,” and “Two Weeks Notice,” among others.” But without skipping a beat, the 46-year-old was compelled to make another move – this time to Nashville. And she’s not looking back. 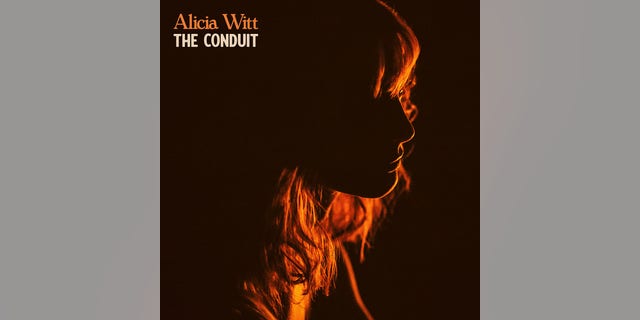 Alicia Witt has released a new album titled ‘The Conduit.’

Most recently, Witt has released a new album titled “The Conduit,” her fifth one where she also serves as a producer. Witt is now gearing up to hit the road with a fall tour. But before then, she spoke to Fox News about escaping the child star curse, befriending Lynch, 75, and making music today.

Fox News: When did you realize that you wanted to pursue music?
Alicia Witt: I have been playing piano since I was seven, which is the same year that I made my first movie. I started just with classical piano, competitions and recitals. Then I played piano to make a living to support myself as I pursued acting. But those were not my original songs. Those were jazz standards and show tunes. I think I always knew that making my music was an absolute priority… It felt like a long time coming. And it’s just become such an important part of my expression. 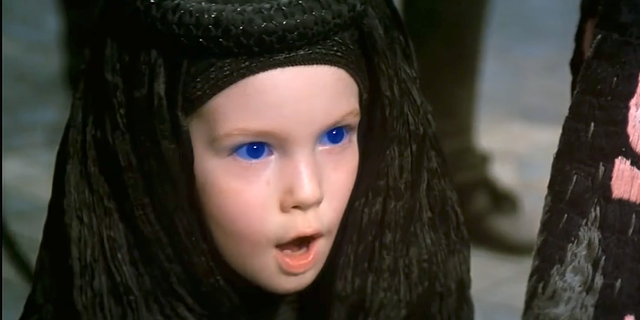 As a child, Alicia Witt made her mark in ‘Dune.’
(‘Dune’ official trailer )

Fox News: Many fans remember you from “Dune.” Looking back, how did you get the role?
Witt: Well, it was the first time I had ever done such a thing like auditioning. I was still living in Worcester, Massachusetts with my family and the phone rang. It was the casting director for “Dune.” She had been having a really hard time casting this role of Alia because Alia is supposed to be born with this insane vocabulary.

She’s an adult in a child’s body for science fiction reasons. And the child was supposed to be around four and five. So they were having a very hard time finding somebody. My parents sent in a VHS tape and before you know it, I was invited to come and audition for her in New York. Then I auditioned for David Lynch. 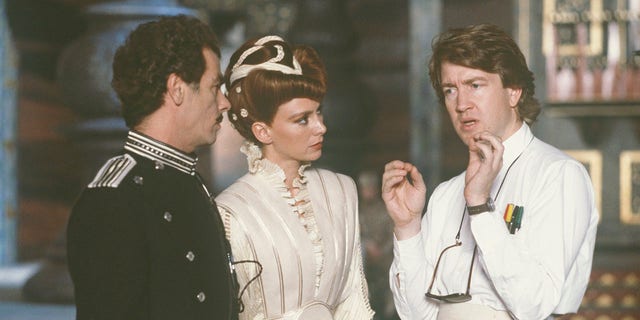 Fox News: What was it like auditioning for David Lynch?
Witt: He gave me some wonderful, easy to follow directions as a seven year old. I remember at one point, he wanted me to seem scared. So he asked me to lean up against a wall and tremble against it without saying anything. Just look out and shake against the wall. That’s the most vivid direction that he gave me.

It caused me to feel the emotion that the character’s supposed to feel. I just remember loving him and feeling like he was family right away. And that was it. Then I got a call about a week later saying I got the part and that we would be spending three and a half months in Mexico City. And I knew from the first moment that I set foot on stage that I wanted to do this for the rest of my life.

Fox News: What was your relationship like with the rest of the cast?
Witt: Everyone was so good to me. So sweet. They all took me under their wing. Every experience I had on that set just reinforced that I wanted to keep doing this. And also, actors were pretty cool *laughs*. They took the time to speak to my parents, my dad in particular. I think that’s one of the reasons why, when I was a teenager, he was so supportive of me moving to LA, which I know must have been scary for him. 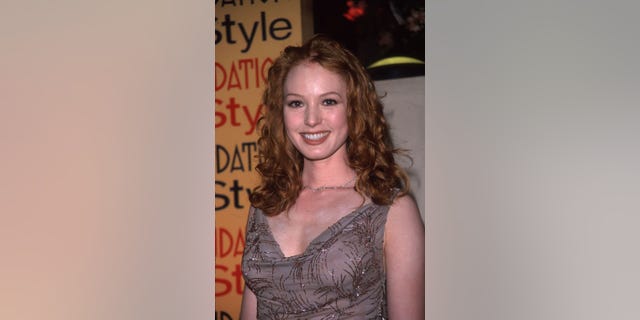 As a teen, Alicia Witt moved to Los Angeles where she led a blossoming acting career over the years.
(Photo by Chris Bergman/Fotos International/Getty Images)

He would sit in a director’s chair next to me and have some great conversations. My dad was left with the impression that actors were so much more than the stories you read in the tabloids. These were people who chose to pursue this for a living and enjoyed being around other people who were just as passionate, well-traveled and thoughtful. He got to meet a lot of actors so he knew what kind of business I was getting into.

Fox News: How did you escape the so-called child star curse we often hear about?
Witt: Well, I didn’t get into the business in earnest until later. “Dune” was the only thing I did as a young child. I didn’t have an agent, I wasn’t auditioning constantly, and I didn’t have to move to LA. I didn’t get any worldwide recognition until much later. And as I got older, I played piano to support myself. So that kept me humbled to say the least.

So I was grateful when work came along… There’s a strange thing that can happen when you’re super young and all of a sudden there’s a lot of money coming in, especially when you grew up without much of it. But that wasn’t my experience at all. It was a slower start for me, but I do feel like I was really blessed for it. 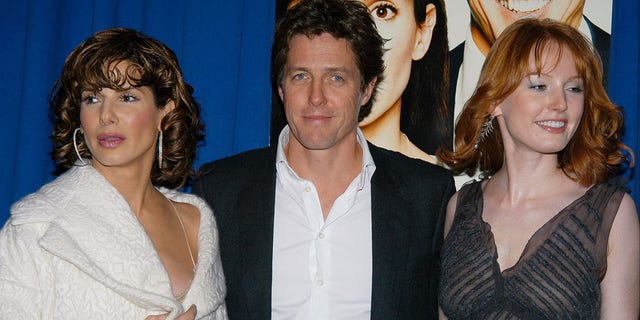 Sandra Bullock, Hugh Grant and Alicia Witt (l. to r.) arrive at the Ziegfeld Theater for the New York premiere of the movie ‘Two Weeks Notice.’ They star in the film and Bullock doubled as producer.
(Photo by Richard Corkery/NY Daily News Archive via Getty Images)

But you know, it wasn’t completely easy. It’s a strange thing to be a teenage girl and be in the business of auditioning and having my appearance scrutinized constantly… [But] ultimately I was able to find a real sense of balance. And I appreciate that the sense of balance now comes from having seen the other side of it, having an imbalanced sense of what it means to be healthy and look good and all those things that I think every woman thinks about. But you think about it more when you’re in front of a camera all the time.

Fox News: What kept you going, especially after being scrutinized as a teen?
Witt: It’s hard. But along the way, I kept working with people who inspired me… We often hear a lot in this business about the big break and how one job can make you and then all of a sudden nothing’s ever the same. I think more often than not, there are incredible opportunities that come your way that can hold good surprises or disappointments. It’s a constant learning curve. For me, acting is so much more than my appearance or gaining popularity. I want to play characters that hopefully inspire people. I hope to make the world a better place in some way.

Fox News: What’s life like for you in Nashville?
Witt: I love it. I made the choice four years ago to move permanently to Nashville. It was the same feeling I felt when I decided to move to LA at 16. But this is the best thing I’ve ever done for me. I came to an understanding that the more time I spent here, the more focus I can put on my music. 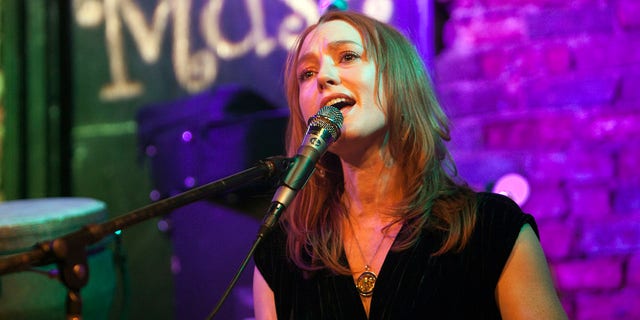 Before, I found myself going back to my beautiful house in LA and missing Nashville. LA didn’t feel like home any longer. Once I came to that realization, I thought, “What if I sold this house and buy a new one in Nashville?” Then it all clicked. It’s a beautiful thing to realize that after all these years, I can live where I feel happy and can continue to do the work that I love.

I’ve been able to sustain my acting career for all these years. But I realized at the same time that my music had to be a priority. Now, I feel like my work as an actress is rejuvenated. Putting my heart and soul into another creative outlet and not so much on the focus of waiting for that proverbial phone to ring has become so much easier. 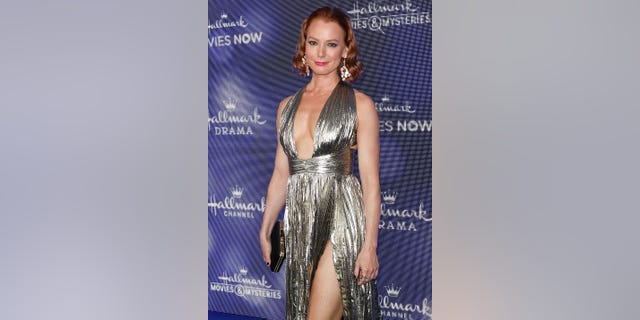 Fox News: It must be liberating to pursue both outlets and not feel like you have to sacrifice one to be successful in the other.
Witt: Definitely. It’s been miraculous the way it’s all worked out. For years, I would book a tour and cross my fingers that the role I’ve been longing for years doesn’t come along at the same time because it would be difficult to make that choice. But without fail, those roles came before or immediately after those tours. And it looks like it’s just happened again. It’s a beautiful affirmation.