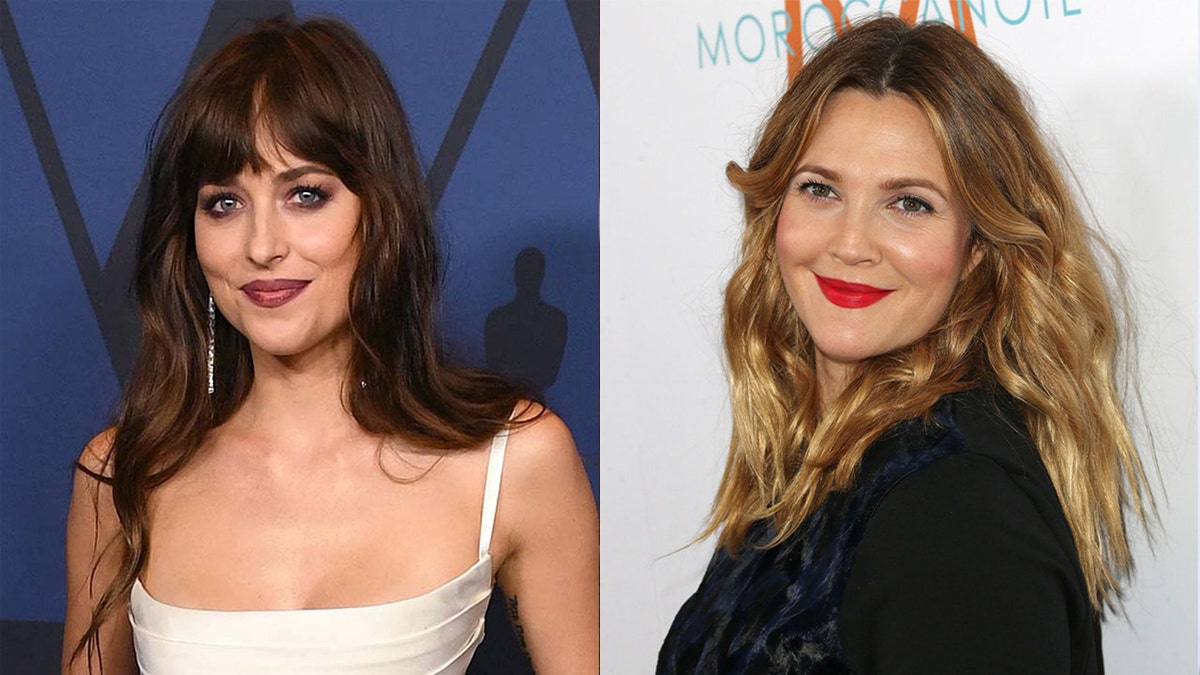 Dakota Johnson received stout praise from Drew Barrymore for the way she handled a viral 2019 appearance on “The Ellen DeGeneres Show.”

The “Fifty Shades” actress, 32, joined Thursday’s telecast of “The Drew Barrymore Show” and was asked about her now-infamous spat with DeGeneres, who vehemently claimed she wasn’t invited to Johnson’s 30th birthday.

During the “Drew’s News” segment, Barrymore, 46, asked Johnson about some of the famous people she has the pleasure of calling neighbors – to which, Johnson mentioned she lives next door to Jimmy Kimmel.

While Johnson said the late-night host and his wife are “great neighbors,” she joked that “they have a lot of parties and they don’t invite me.”

“Is this for real?” Barrymore asked before appearing to reference Johnson’s back-and-forth with DeGeneres. “Because people have gotten in trouble for claiming not being invited to your parties.”

DeGeneres was steadfast in her claims that she hadn’t received a birthday party invitation from Johnson – although she still wanted to know how well the shindig went down.

DAKOTA JOHNSON OPENS UP ABOUT STRUGGLE WITH DEPRESSION SINCE SHE WAS 14: ‘I HAVE A LOT OF COMPLEXITIES’

DeGeneres replied, “Of course I like you. You knew I liked you! You’ve been on the show many times, and don’t I show like?”

Barrymore raved about the way Johnson staved off DeGeneres’ guilt attempt and held her own. “That was amazing, by the way,” she said. “Like, amazing.”