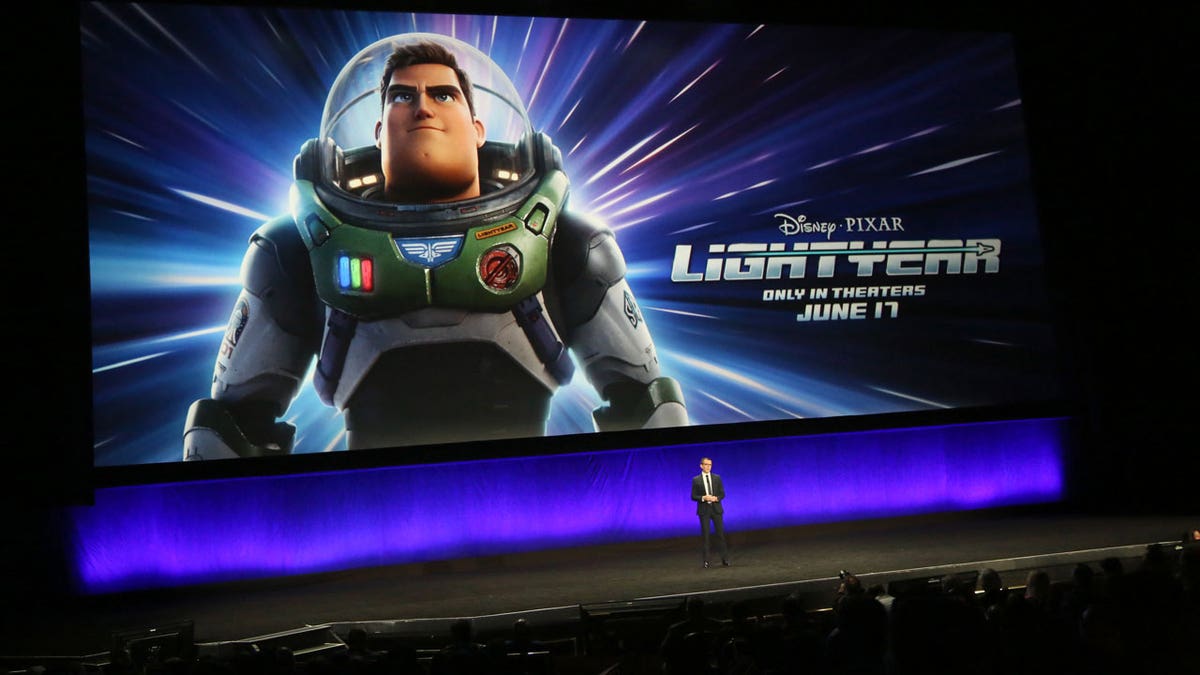 A first look at Disney and Pixar’s “Lightyear” on Wednesday confirmed a same-sex kiss had been restored following recent controversy.

The kiss occurred in the first 30 minutes of the movie, which was shown to an audience Wednesday at CinemaCon, according to USAToday.

The kiss was reportedly removed and then reinstated after backlash over the lack of response from Disney over Florida’s “Don’t Say Gay” bill. The bill bars instruction on sexual orientation and gender identity in kindergarten through the third grade. 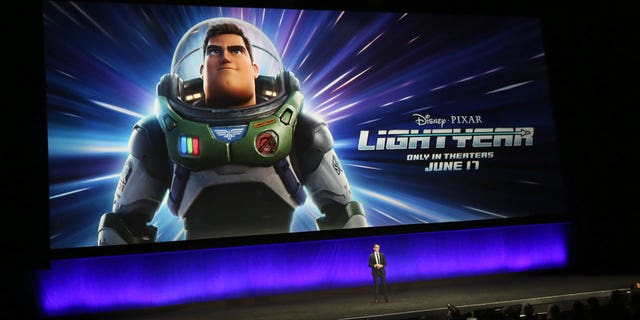 A first look at Disney Pixar’s "Lightyear" confirmed that a same-sex kiss scene had been restored to the film following controversy over Disney’s lack of response to Florida’s "Don’t Say Gay" bill.

The moment occurs between the character Alisha Hawthorne (Uzo Aduba) and her partner in the animated film.

The “Lightyear” character isn’t the first LGBTQ-oriented character in a Pixar film.

The most prominent character is a cyclops police officer named Specter featured in the animated film “Onward.” At one point in the film the character says, “It’s not easy being a new parent – my girlfriend’s daughter got me pulling my hair out, okay?” 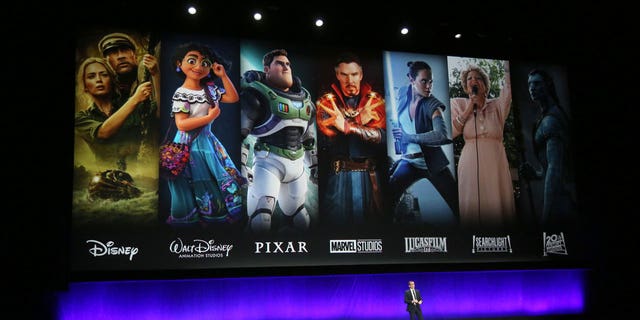 The move comes after a letter from Pixar employees accused Disney executives of demanding cuts from "nearly every moment of overtly gay affection," according to a letter sent to the company by the employees.
(Getty Images)

The restoration of the same-sex kiss comes after employees at Pixar accused Disney of censoring same-sex affection in Pixar films.

Disney executives have wanted to cut “nearly every moment of overtly gay affection… regardless of when there is protest from both the creative teams and executive leadership at Pixar,” according to a letter from the employees sent to Disney and obtained by Variety.

“We at Pixar have personally witnessed beautiful stories, full of diverse characters, come back from Disney corporate reviews shaved down to crumbs of what they once were,” the letter read. 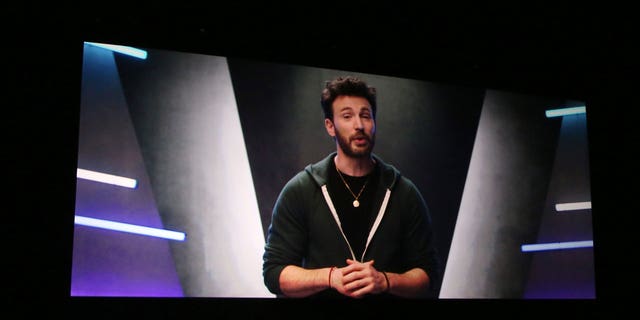 Chris Evans stars as Buzz Lightyear in the new film.

“Even if creating LGBTQIA+ content was the answer to fixing the discriminatory legislation in the world, we are being barred from creating it.”

Lauryn Overhultz is an entertainment writer for Fox News Digital.

Share
Facebook
Twitter
Pinterest
WhatsApp
Previous articleDoes ‘hair of the dog’ actually work after drinking alcohol? What experts say about the hangover ‘cure’
Next articleRep. McClintock rips Biden admin for ‘flooding’ US with migrants: How does this benefit Americans?
RELATED ARTICLES
entertainment