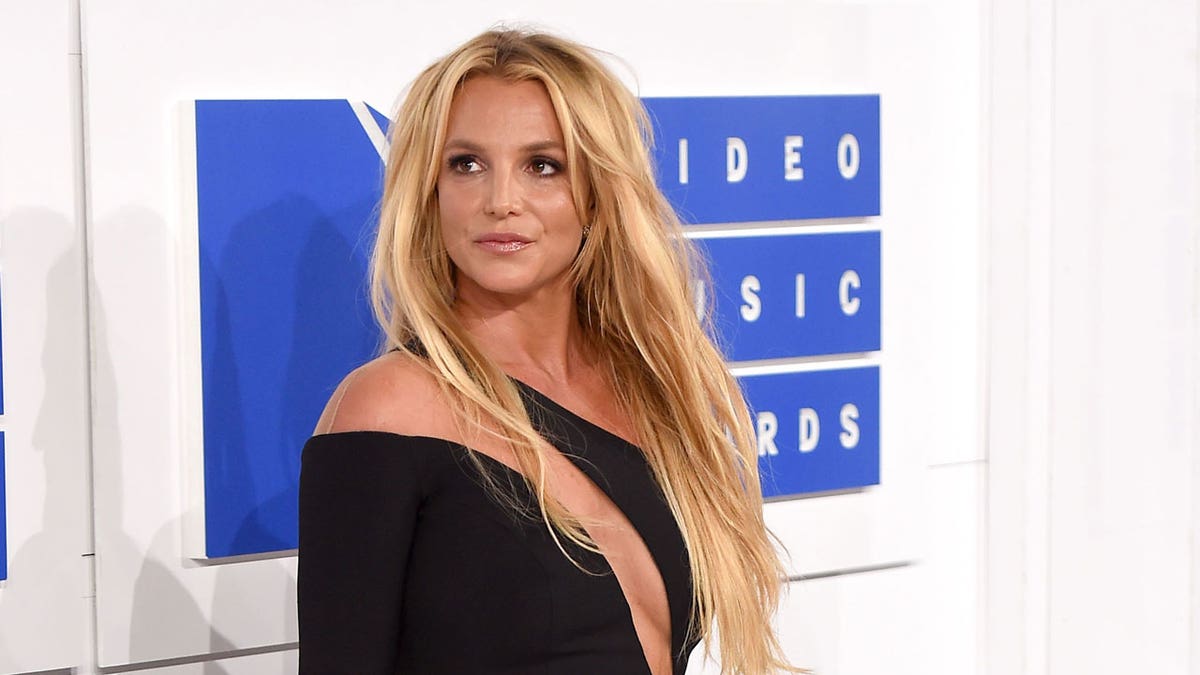 Britney Spears is speaking out.

Earlier this year, interest in the 39-year-old pop star’s conservatorship case skyrocketed with the release of the New York Times’ documentary “Framing Britney Spears,” which examined her life, career and court battle.

It’s unclear which of the two projects Spears is referring to, but on Monday, the star said the “last documentary” left her scratching her head “a couple of times.” Previously, Spears had said the unnamed documentary was simply “not true” in a since-deleted post.

“It’s really crazy guys … I watched a little bit of the last documentary and I must say I scratched my head a couple of times,” Spears herself wrote on Instagram on Monday without specifying which project and what parts of the project she was referring to.

Spears also shared the message alongside a brief video clip of her standing outside with a breeze blowing through her hair.

“I really try to disassociate myself from the drama!!!” she added.

Britney Spears reacted to the documentary ‘Controlling Britney Spears’ and said that ‘a lot’ of its contents was ‘not true.’
(Photo by Nicholas Hunt/FilmMagic)

The “Toxic” singer then shared a few thoughts on the unnamed documentary that seemed to be sarcastic based on the various emojis she paired them with like shrugging women and faces with eyes rolled upwards.

“Number one … that’s the past!!! Number two … can the dialogue get any classier???” she wrote. “Number three … wow they used the most beautiful footage of me in the world!!!”

According to TMZ, citing sources, Spears was reportedly referring to the CNN special.

She also gave a sarcastic nod to the “effort” put in by the filmmakers before addressing “The Rose Project.” According to Distractify, Spears has been cryptic when previously discussing the project but has confirmed that her repeating outfits and using roses in the captions of her Instagram posts are, in fact, intentional moves on her part.

“Wow … since it’s such a kind world I will say The Rose Project did stick and I will tell you why … do you think things happen for a reason or by chance???” the star continued in her post on Monday.

“The Rose Project – MY ROSE PROJECT – made me a believer !!!” The day I first posted The Rose Project a random red rose beaded bracelet showed up at my door and I never even ordered it !!! Nobody in the world knew about it except for me !!! I will never forget that day,” she said. 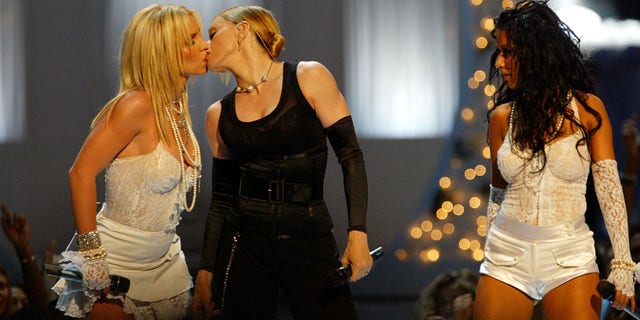 In her post, Spears referenced her 2003 MTV Video Music Awards performance which saw her kiss Madonna on stage.
(Photo by Kevin Kane/WireImage)

Spears said that she still has “the original rose,” which she said “kissed” Madonna and “has social anxiety.”

Spears and Madonna shared a smooch on stage during the MTV Video Music Awards while performing with Christina Aguilera in 2003 – years before the conservatorship was put into place. Spears opened the performance dressed as a bride and holding a bouquet of flowers.

The star completed her caption with one more note to fans hungry for information about her life: “Pssss wearing WHITE for NEW BEGINNINGS.”

Last week, Spears formally asked the court to put an end to her 13-year conservatorship once and for all. A hearing on Spears’ conservatorship is scheduled for Sept. 29.

Reps for CNN and Spears did not immediately respond to Fox News’ request for comment.