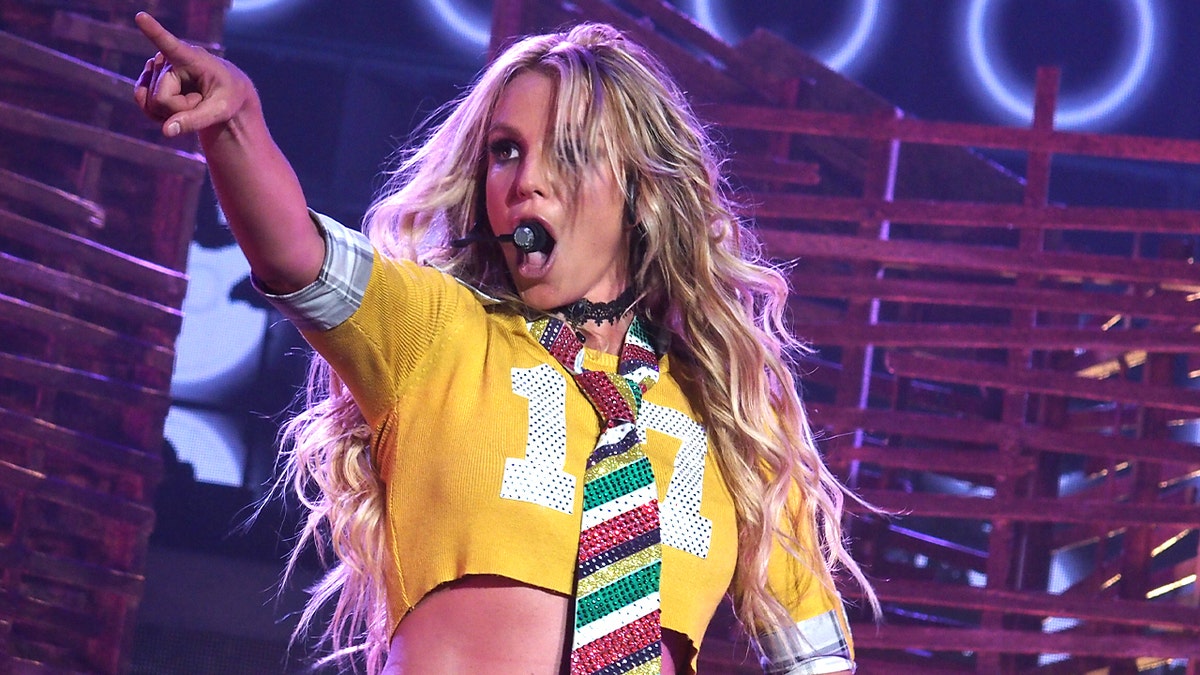 A former member of Britney Spears‘ longtime security team claims the pop star’s bedroom was bugged with an audio recording device that monitored her personal conversations at home.

The “New York Times Presents: Controlling Britney Spears” documentary aired on Friday on FX and Hulu. The documentary, directed by Samantha Stark and produced by Liz Day, is a follow-up to “Framing Britney Spears” which aired earlier this year. It involves bombshell claims about the control Britney’s team had over her day-to-day life under the 13-year conservatorship that she is desperately fighting to get out of.

For the first time, Alex Vlasov, a former employee of Black Box Security – the longtime security company for Britney – comes forward with allegations that the company allegedly carried out illegal and unethical practices to follow her every move. Vlasov claims the company planted an “audio recording device” in the “Toxic” singer’s bedroom that recorded her “conversations with her boyfriend and kids.”

“Ethically it was just one big mess,” Vlasov claimed.

The documentary claims the device recorded “180 hours of audio” from Britney’s bedroom. What’s more, Vlasov claimed that he was one day approached with a request from Yemini to wipe a USB drive consisting of the recordings.

‘Controlling Britney Spears’ includes interviews from the singer’s former team, including a former member of her security team who alleges an audio recording device picked up on her conversations at home with loved ones.
(J. Merritt/Getty Images for GLAAD)

“They seemed very nervous, that nobody could ever know about this and that’s why I need to delete everything on it so there’s no record,” Vlasov claimed.

Not wanting to be “complicit” of any potential crimes made by Black Box, Vlasov said he kept a copy.

“I don’t think it was a coincidence that days before she was meant to meet with a court investigator,” he added.

MADONNA DETAILS RECENT PHONE CALL SHE HAD WITH BRITNEY SPEARS

The documentary also consisted of allegations that Robin Greenhill of Tri Star Sports & Entertainment, who worked closely with Britney’s father Jamie Spears, wanted to mirror the singer’s phone with an iPad hooked up to her iCloud account to track her text messages with friends.

Greenhill allegedly asked the security team to encrypt Britney’s messages and send them to her father. He added that it appeared Britney couldn’t have someone in the privacy of her own home without her team knowing. He described the restrictions placed on the pop star “like a minor who needs their parents’ consent.”

Additionally, Vlasov alleges security team members were instructed to hand Britney pre-packaged envelopes with her medications inside. Vlasov claimed his bosses informed him that this responsibility was coming directly from the company’s “client.” The client, he says, was Jamie.

“It really reminded me of somebody that was in prison and security was put in a position to be the prison guards, essentially,” he claimed.

Vlasov’s testimony in the documentary also included an email thread he was forwarded from his boss which showed Britney’s former conservatorship lawyer, Samuel Ingham III, requesting that no one other than Britney could access her calls, texts and voicemails. A lawyer for Jamie responded saying Jamie would have no access.

To this day, Vlasov said he’s unaware if the court overseeing Britney’s conservatorship case is aware of her communications being monitored and her conversations at home being recorded. Once Vlasov began questioning Black Box’s practices, he alleges that Yemini took out his gun and placed it on his desk in front of Vlasov.

“So you don’t like how I run my business?” Vlasov claimed Yemini asked him. Yemini has denied the incident happened.

Yemini also declined to answer questions about his firm’s work with Britney, citing client confidentiality. In a statement, his lawyer said, “Mr. Yemini and Black Box have always conducted themselves within professional, ethical and legal bounds, and they are particularly proud of their work in keeping Ms. Spears safe for many years.”

Meanwhile, a lawyer for said allegations against Greenhill and founder Lou Taylor were false. “People with no personal knowledge of the facts, and for whatever reasons, have decided to make up false stories about Ms. Spears and her various representatives,” an attorney said.

Jamie Spears did not respond to requests pertaining to the documentary. In a statement, his lawyer said, “His actions were done with the knowledge and consent of Britney, her court-appointed attorney and/or the court. Jamie’s record as conservator – and the court’s approval of his actions – speak for themselves. Jamie loves Britney unwaveringly and wants only the best for her. He will never stop loving or supporting his daughter.”

Britney did not participate in an interview for the documentary. Her current lawyer, Mathew Rosengart, however, confirmed that he will be “aggressively” investigating the allegations made in it.

“Intercepting or monitoring Britney’s communications, especially sacrosanct attorney-client communications, represents a shameful and shocking violation of her privacy rights and civil liberties. Placing a listening device in Britney’s bedroom would be particularly disgraceful. We intend to fully and aggressively investigate these matters.”

In early September, Jamie  This week, Rosengart filed his own documents proposing the decade-long plus agreement to control Spears’ life and financials come to an end this fall and without the need for the singer to have to undergo mental health or medical evaluations.

Britney’s next hearing in the legal battle against her dad is set to take place on Sept. 29.