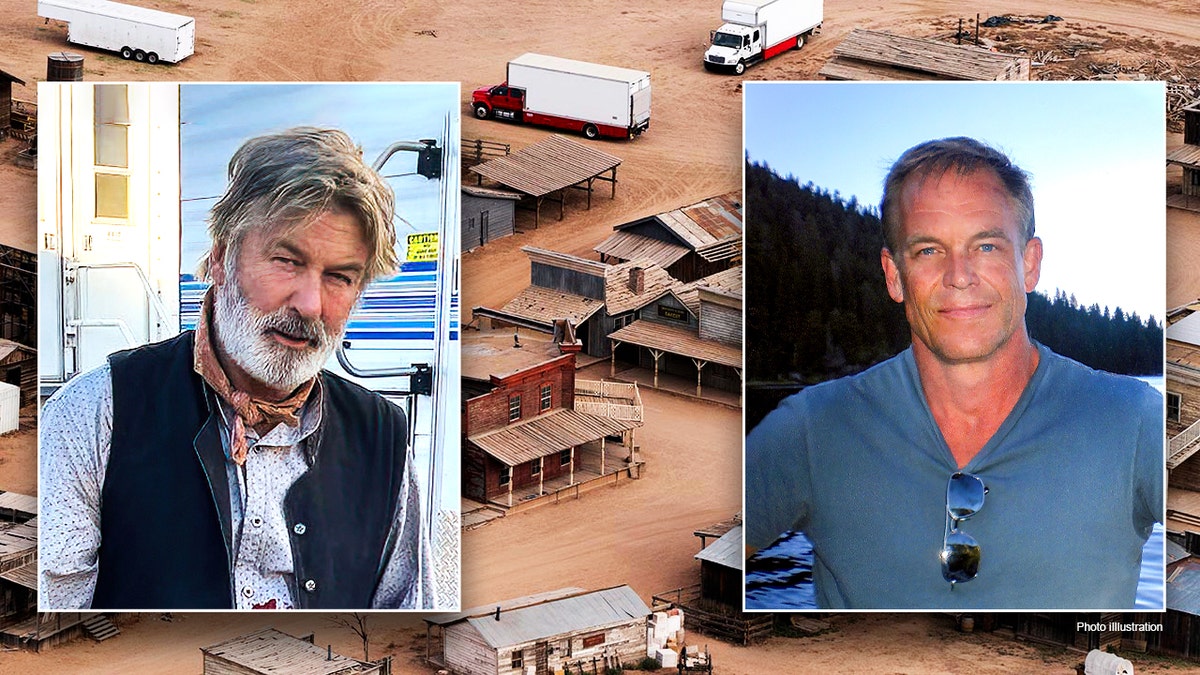 The assistant director on the movie “Rust” admitted to a safety lapse, according to a new search warrant obtained by Fox News.

David Halls was one of the very few people including Alec Baldwin who handled the firearm prior to the accidental discharge that killed cinematographer Halyna Hutchins and wounded director Joel Souza.

During an interview with detectives, Halls noted: “I check the barrel for obstructions, most of the time there’s no live fire, she (Hannah) opens the hatch and spins the drum, and I say cold gun on set”

“Cold gun” is a term used on sets to alert cast and crew that a firearm has no live rounds loaded in it.

Alec Baldwin was handed the firearm by assistant director Dave Halls, who believed there was no ammunition loaded.
(IMDb/Getty Images)

Halls said in an affidavit that when armorer Hannah Gutierrez Reed showed him the gun before continuing rehearsal after a lunch break, he could only remember seeing three rounds. He advised he should have checked all of them, but didn’t, and couldn’t recall if Hannah spun the drum.

After it was fired, Halls picked up the gun from a pew in the church set and took it to the armorer. Gutierrez Reed was told to open the gun so he could see what was inside. Halls said there were five rounds in the gun, at least four of which had “dummy” casings, as indicated by a hole on the side. There was one without the hole. He advised this round did not have the “cap” on it and was just the casing. David advised the incident was not a deliberate act, according to the affidavit.

Gutierrez Reed, meanwhile, said she checked the “dummies” and ensured they were not “hot rounds” prior to the cast and crew breaking for lunch. During lunch, the firearms she initially brought to set were taken back and secured in a safe on a “prop truck” nearby. However, at that time she claims ammo was left out on a cart on the set and not secure. Ammo was also inside the prop truck at the time.

The Bonanza Creek Film Ranch in Santa Fe, New Mexico is shown Friday, Oct. 22, 2021.  Actor Alec Baldwin fired a prop gun on the set of a Western being filmed at the ranch on Thursday, Oct. 21, killing the cinematographer, officials said. The director of the movie was wounded, and authorities were investigating.
(AP Photo/Andres Leighton)

After lunch, crew member Sarah Zachary pulled the firearms out of the safe inside the truck and handed them to her. She advised there are only a few people that have access and the combination to the safe. During the course of filming, Hannah says she handed the gun to Baldwin a few times and also handed it to Halls.

Perhaps most importantly, she stated to detectives that no live ammo is ever kept on set, calling into question how a live round not only made its way to the set, but was discharged killing one and wounding another.

Cinematographer Halyna Hutchins was killed on the New Mexico set of ‘Rust’ when a projectile was accidentally fired from a gun.
(AP/Getty Images)

According to a report from TheWrap, some of the guns were used by the crew in their off time for leisure shooting. While that would explain how live rounds were mixed up with the dummy rounds, Santa Fe County Sheriff Adan Mendoza could not confirm that the guns were used for target practice by the crew when he spoke at a press conference on Wednesday. However, he stated that the rumors were being looked into.