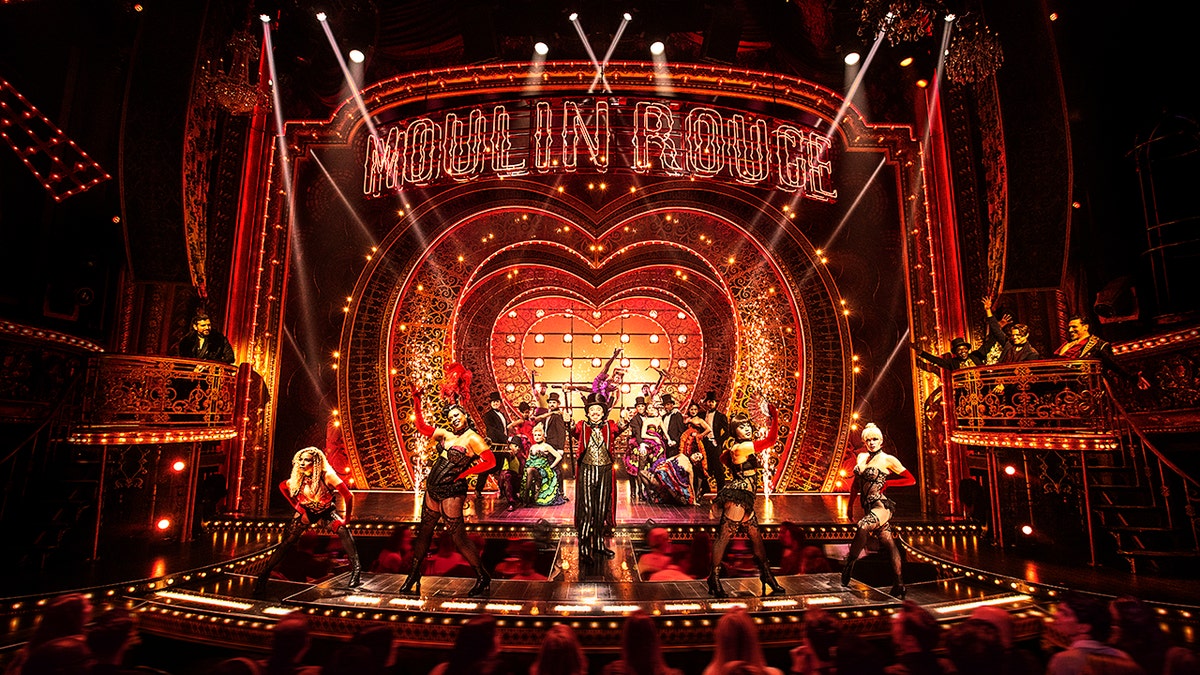 “Moulin Rouge! The Musical,” a jukebox adaptation of Baz Luhrmann’s hyperactive 2001 movie, won the best new musical crown at the Tony Awards on a Sunday night when Broadway looked back to honor shows shuttered by COVID-19, mourn its fallen and also look forward to welcoming audiences again.

The show about the goings-on in a turn-of-the-century Parisian nightclub, updated with tunes like “Single Ladies” and “Firework” alongside the big hit “Lady Marmalade,” won 10 Tonys. The record is 12, won by “The Producers.”

Producer Carmen Pavlovic struck a philosophical note in her acceptance speech, sharing the award with all the shows that struggled in the past 18-month shutdown.

“The Inheritance” by Matthew Lopez was named the best new play and won three other awards, and Charles Fuller’s “A Soldier’s Play” won best play revival and an acting award.

Lopez’s two-part, seven-hour epic uses “Howards End” as a starting point for a play that looks at gay life in the early 21st century. It also yielded wins for Andrew Burnap as best actor in a play, Stephen Daldry as best director, and Lois Smith as best performance by an actress in a featured role in a play.

Thomas Kirdahy, a producer, dedicated the award to his late husband, the playwright Terrence McNally. Lopez, the first Latino writer to win in the category, urged more plays to be produced from the Latin community. “We have so many stories inside us aching to come out. Let us tell you our stories,” he said. 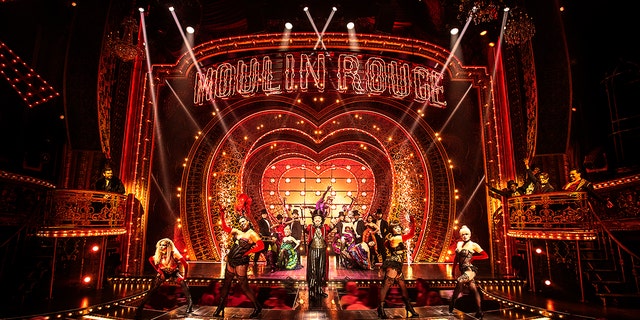 The pandemic-delayed telecast kicked off with an energetic performance of “You Can’t Stop the Beat” from original Broadway cast members of “Hairspray!” Ali Stroker sang “What I Did for Love” from “A Chorus Line.” Jennifer Holliday also took the stage to deliver an unforgettable rendition of “And I’m Telling You I’m Not Going” from the musical “Dreamgirls.”

The singers performed for a masked and appreciative audience at a packed Winter Garden Theatre. Host Audra McDonald got a standing ovation when she took the stage. “You can’t stop the beat. The heart of New York City!” she said.

In a surprise to no one, Aaron Tveit won the award for best leading actor in a musical for “Moulin Rouge! The Musical.” That’s because he was the only person nominated in the category. He thanked a long list of people, including his parents, brother, agents, manager and the cast and crew. “We are so privileged to get to do this,” he said, tearing up. “Because what we do changes peoples’ lives.”

Burstein, who won for featured actor in a musical and had not won six previous times, thanked the Broadway community for supporting him after the death last year of his wife, Rebecca Luker. “You were there for us, whether you just sent a note or sent your love, sent your prayers — sent bagels — it meant the world to us, and it’s something I’ll never forget.” 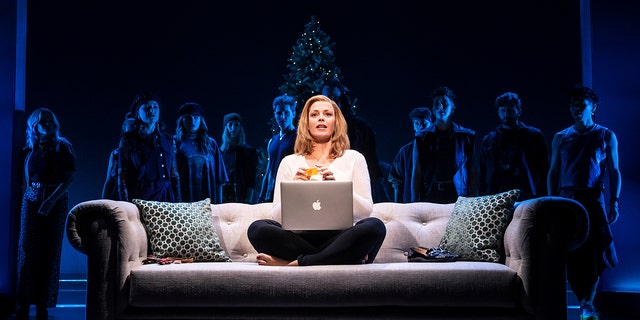 This image released by Vivacity Media Group shows Elizabeth Stanley in a scene from the musical "Jagged Little Pill."

David Alan Grier won featured actor in a play for his role in “A Soldier’s Play,” which dissects entrenched Black-white racism as well as internal divisions in the Black military community during World War II. “To my other nominees: Tough bananas, I won,” he said. On stage, the director, Kenny Leon recited the names Breonna Taylor and George Floyd, killed by police. “We will never, ever forget you.”

Adrienne Warren won the Tony for best leading actress in a musical for her electric turn as Tina Turner in “Tina — The Tina Turner Musical.” Warren was considered the front-runner thanks to becoming a one-woman fireball of energy and exhilaration. She dedicated the win to three family members she lost while playing Turner — and thanked Turner herself.

BROADWAY TO REOPEN IN SEPTEMBER, TICKETS TO GO ON SALE MAY 6

Mary-Louise Parker won her second best lead actress Tony Award, winning for playing a Yale professor who treasures great literature but has made no room in her life for someone to share that love with in “The Sound Inside.” She thanked her dog, whom she was walking in the rain when she bumped into Mandy Greenfield from the Williamstown Theatre Festival, who told her about the play.

Burnap made his Broadway debut in “The Inheritance.” He thanked his mom, and the University of Rhode Island and joked that he felt grateful because “I got to act for seven hours.”

The sobering musical “Jagged Little Pill,” which plumbs Alanis Morissette’s 1995 breakthrough album to tell a story of an American family spiraling out of control, came into the night with a leading 15 Tony nominations. It left with wins for best book, and Lauren Patten won the award for best featured actress in a musical.

“A Christmas Carol” cleaned up with five technical awards: scenic design of a play, costumes, lighting, sound design and score. But no one from the production was on hand to accept any of the awards.

“Slave Play,” Jeremy O. Harris’ ground-breaking, bracing work that mixes race, sex, taboo desires and class, earned a dozen nominations, making it the most nominated play in Tony history. But it won nothing.

Sunday’s show was expanded from its typical three hours to four, with McDonald handing out Tonys for the first two hours and Leslie Odom Jr. hosting a “Broadway’s Back!” celebration for the second half with performances from the three top musicals.

The live special also included David Byrne and the cast of “American Utopia” playing “Burning Down the House” to a standing and clapping crowd. Byrne told them they might not remember how to dance after so long but they were welcome to try.

John Legend and the cast of “Ain’t Too Proud” performed “My Girl” and “Ain’t Too Proud to Beg” and Josh Groban and Odom Jr. sang “Beautiful City” from “Godspell,” dedicating it to educators. And Ben Platt and Anika Noni Rose sang “Move On” from “Sunday in the Park with George.” Idina Menzel and Kristin Chenoweth reunited for the “Wicked” song “For Good.”

Members of Broadway’s royalty — Norm Lewis, Kelli O’Hara and Brian Stokes Mitchell — mourned the list of those who have died, which included icons like McNally, Harold Prince and Larry Kramer.

This season’s nominations were pulled from just 18 eligible plays and musicals from the 2019-2020 season, a fraction of the 34 shows the previous season. During most years, there are 26 competitive categories. This year there are 25 with several depleted ones.

The last Tony Awards ceremony was held in 2019. The virus forced Broadway theaters to abruptly close on March 12, 2020, knocking out all shows and scrambling the spring season. Several have restarted, including the so-called big three of “Wicked,” “Hamilton” and “The Lion King.”