Test drive: The 2022 Honda Civic Hatchback is a throwback The Honda Civic Hatchback has been around for half a century and not much has changed over the years. 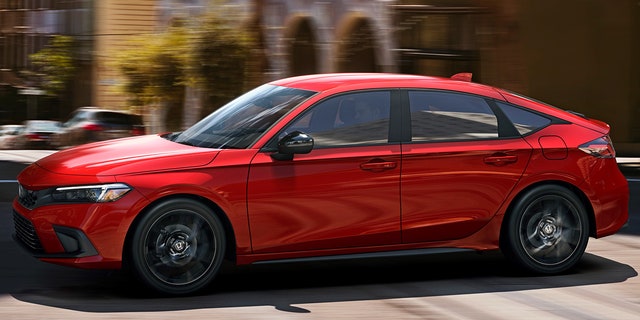 The 2022 Honda Civic Hatchback is all new.
(Honda)

OK, a lot has changed, but the eleventh generation Civic does share a few traits with its ancestor that almost seem quaint.

It isn’t a hybrid or electric. Instead, the Civic hatchback is powered by a four-cylinder engine and still comes with a manual transmission in the Sport and top of the line Sport Touring trims. 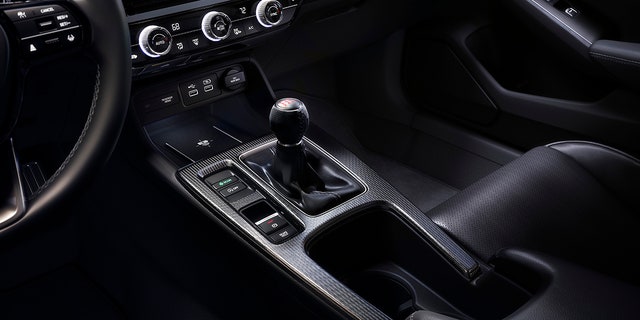 The 2022 Honda Civic Hatchback is offered with a six-speed manual transmission in Sport and Sport Touring trim.
(Hona)

The base engine in the entry level $24,365 LX and Sport is a 158 hp 2.0-liter while the EX-L and Sport Touring a 180 hp 1.5-liter. A continuously variable automatic transmission is available and improves the combined fuel economy rating on the $31,260 Sport Touring that I tested from 31 mpg to 33 mpg, at the expense of do-it-yourself fun.

The new Civic hatch is only offered as a four-door and slightly shorter in length than the one it replaces, but has a longer wheelbase and the most rear legroom the model has ever offered. It’s technically a compact, but measures up against some midsize cars. 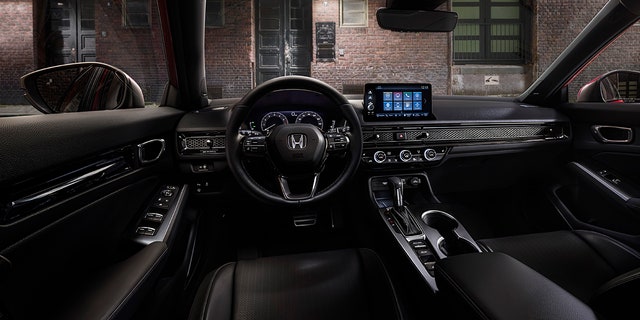 The 2022 Honda Civic Hatchback’s interior is inspired by the original’s.
(Honda)

The design of the dash has a throwback 1970s vibe that’s somewhat inspired by the original Civic’s and trimmed with a metal grate that hides the air vents. Three knobs and physical for the climate control system are a welcome departure from the clunky touchpad systems used in many cars today, but there is a touchscreen infotainment system with a physical volume knob and new interface that’s far better than Honda’s past efforts. Apple CarPlay and Android Auto smartphone integration is included, but only the Sport Touring gets the wirelessly connected version. 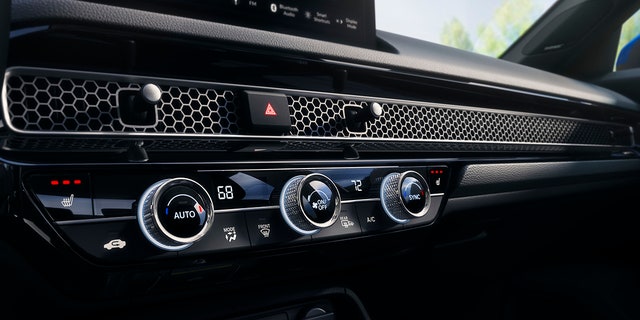 The Honda Sensing suite of electronic driver aids including automatic emergency braking, lane-centering and adaptive cruise control is standard on all trims, but only the turbos have blind spot monitoring systems. One nice feature is that you can use the very effective lane-centering and cruise control independently. Some other cars require the latter to make the former work.

The Sport Touring isn’t a rocket, but its lively and the manual transmission is a joy to use. You won’t find a better stick at any price and the clutch is light and engages smoothly. 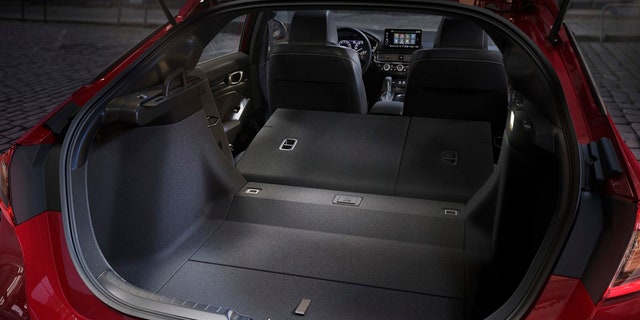 The Honda Civic Hatchback’s cargo area has over 24 cubic feet of space.
(Honda)

The ride quality is premium and near perfect even if the road isn’t. It’ll gobble up pockmarked pavement, but feels like a slot car when the surface is smooth. The Civic hatch glides down the road when you’re cruising a long and in the curves reminds you what driving is all about. After a few miles, you’ll start to reconsider the whole SUV thing. The Civic still has it.

And not just compared to those, it’s the class of the dwindling field of mainstream compact hatchbacks, which aren’t even offered by any American brands anymore. Coincidentally, the Civic hatch is being built in the U.S.A. for the first time in its history.