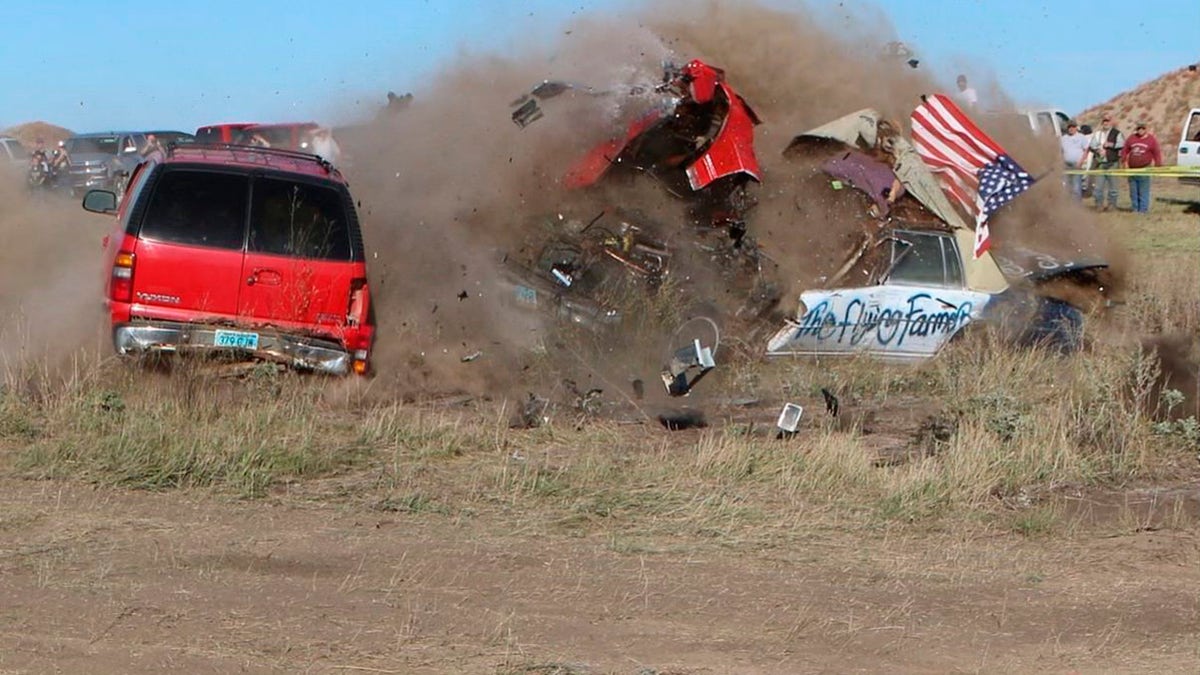 A North Dakota daredevil known as the “The Flying Farmer” will undergo surgery on Monday after crashing his car during a jump on Saturday. 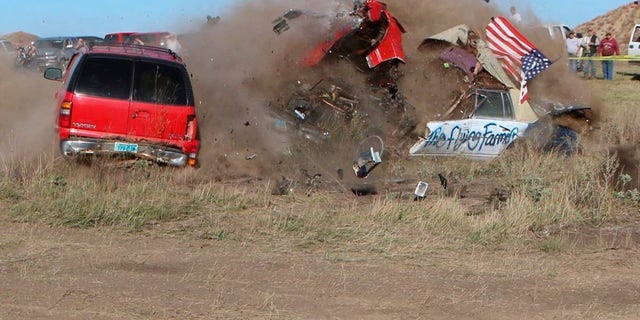 John Smith, known as the Flying Farmer, crashed his Chevrolet Caprice while attempting a jump in Makoti, N.D.
(AP)

John Smith, 57, corkscrewed his Chevrolet Caprice as it drove off a ramp in a gravel pit in Makoti in front of a crowd of around 300 spectators.

According to the Bismarck Tribune, Smith suffered “a huge slash” in his arm and has been in intensive care since the accident.

Smith was competing against his son, Brian, 34, to see who could jump their car the farthest.

The younger Smith successfully completed a 90-foot-jump before his father crashed and emergency crews used the Jaws of Life to extricate him from the vehicle.

Smith’s antics are known statewide and he has performed over 100 jumps since the 1990s, but Saturday’s was his first since 2016, when he jumped a burning trailer.