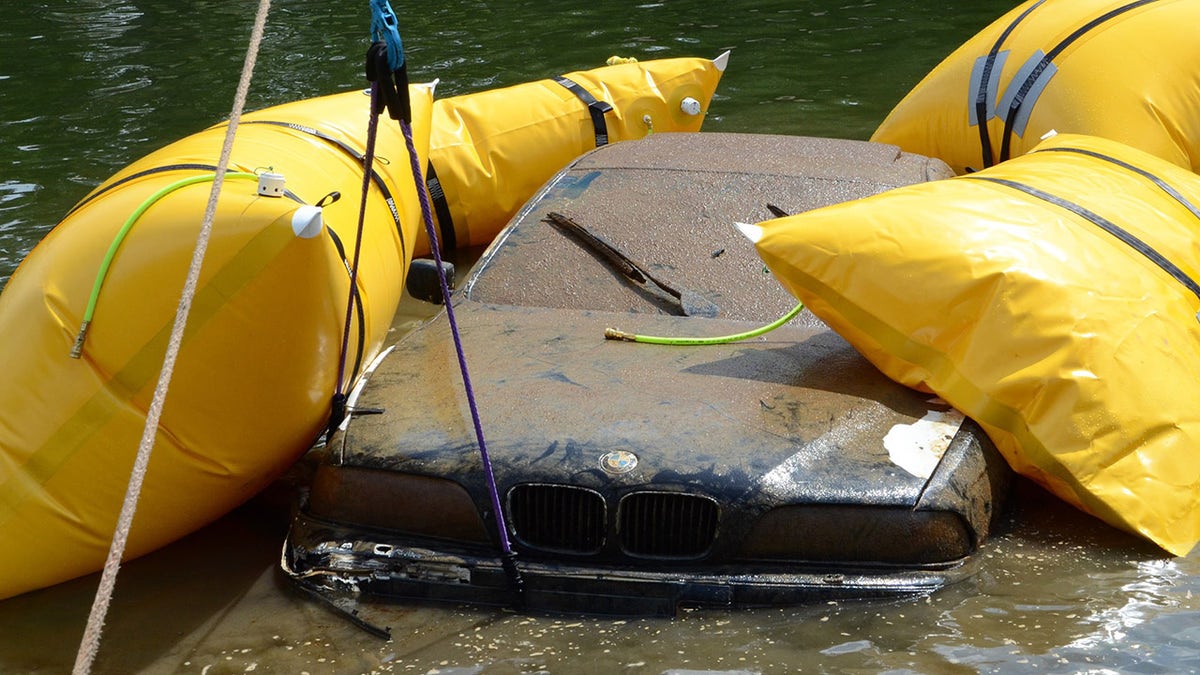 It was the catch of the day, but not dinner. 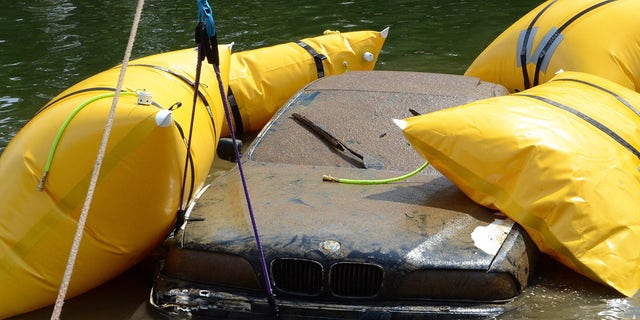 A North Carolina fisherman spotted something odd and very large on his sonar as he was cruising along Lake Wylie outside Charlotte last month and reported it to the local police. 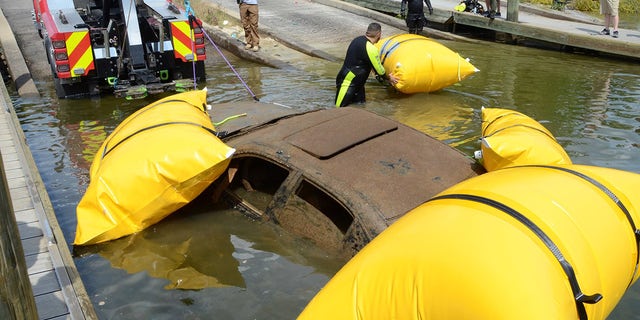 A further investigation by the York County Sheriff’s Office determined there was a car sitting 20 feet down and about 50 feet from the shoreline in the Allison Creek section of the lake. 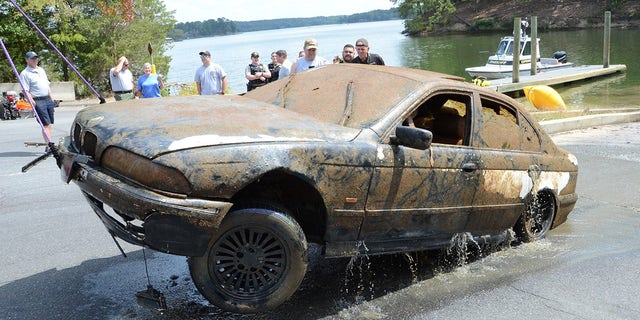 On Thursday, the department’s dive team assisted in a multi-departmental operation to recover the vehicle, which turned out to be a BMW 5-Series that was reported stolen from Charlotte in 2017.

HOW TO SPOT A FLOOD-DAMAGED CAR

Giant float bags were used to bring the sedan to the surface from where it was towed onto the Ebenezer boat ramp.

A York County Sheriff’s Office spokesman told Fox News Autos its unusual for them to find cars that far out in the lake.