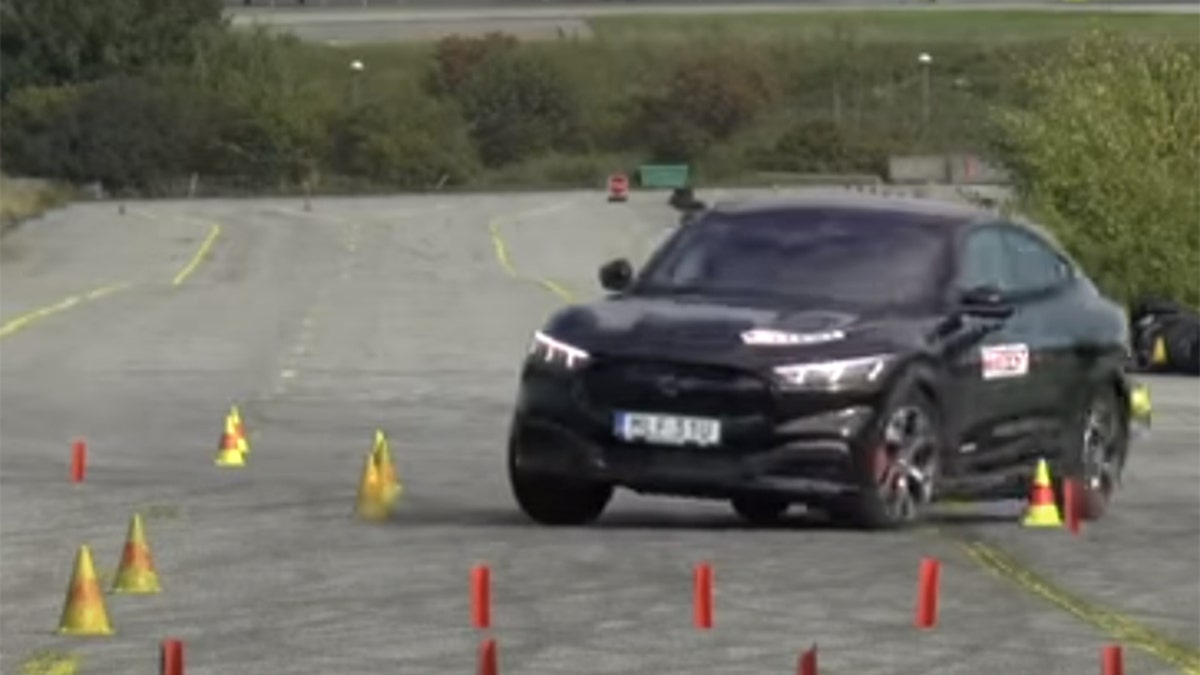 Who knew mustangs were a natural enemy of moose?

The Ford Mustang Mach-E fared poorly during a recent “moose test” in Sweden, which simulates a vehicle’s ability to make quick evasive maneuvers if something steps in front of it on the road.

The evaluation was conducted by the Teknikens Värld news outlet using a Mustang Mach-E AWD Long Range and found that the vehicle was unable to negotiate the left-right turn at the benchmark speed of 72 kph, or 44.7 mph, without losing some control and leaving the designated path. The testers chalked the issue up to the tuning of the Mach-E’s stability control system and thought its steering was too slow and its suspension too soft.

The maximum speed that the Mach-E could get through the course cleanly at was 42.3 mph, while a Hyundai Ioniq 5 had no trouble at the 44.7 mph speed.

A Tesla Model Y that was also tested set the fastest speed of 46.6 mph. Reporter Linus Projtz described the Tesla was “really good” and the Mach-E “really bad.”

The moose test is notoriously tricky and has tripped up many popular models over the years, including the Toyota Rav4 Prime and Porsche Macan.

The Mach-E did recently impress during a different track test in the U.S., where the Michigan State Police gave it a passing grade during its annual pursuit vehicle evaluations.

Ford doesn’t currently offer a police version of the Mach-E, but retail versions have been converted into patrol cars.

As far as safety is concerned, the Mach-E scored a second-best Top Safety Pick designation from IIHS, falling short of the Top Safety Pick+ only due to the performance of its headlights on some trims.