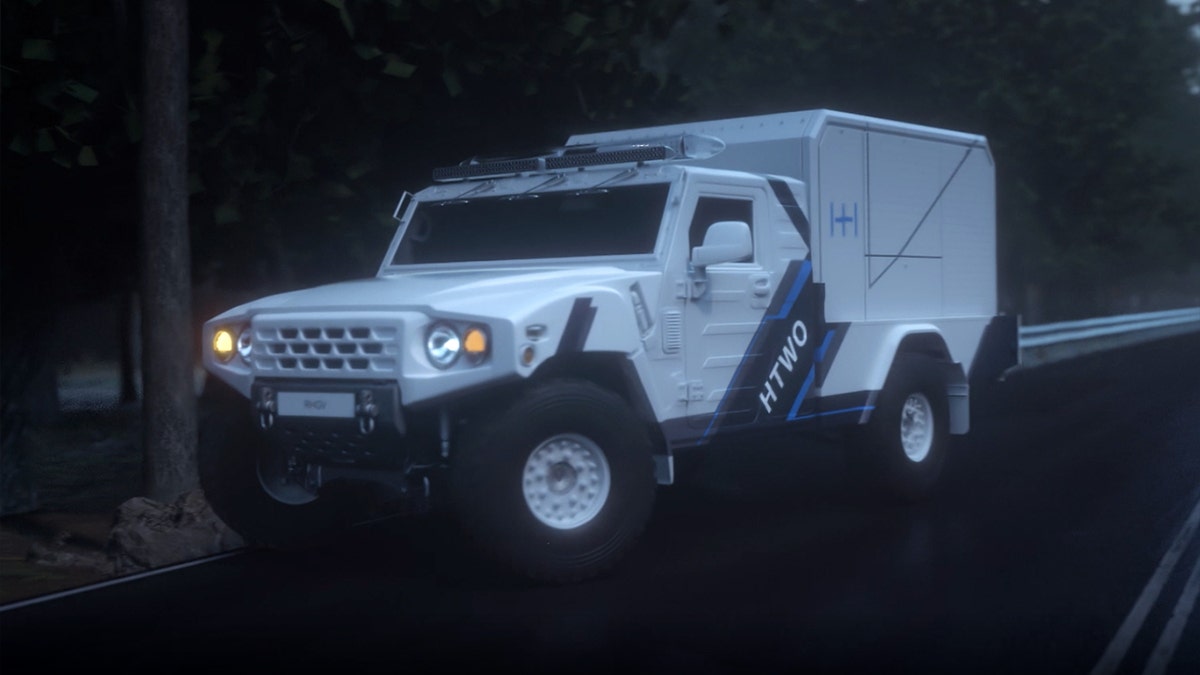 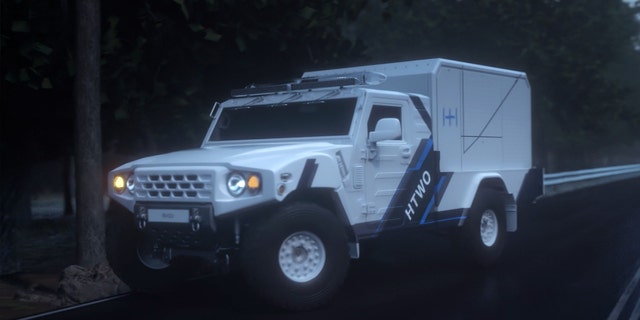 The vehicle is based on Kia’s upcoming ATV military SUV, which features functional styling that makes it resemble the original Humvee.

The RHGV (Rescue Hydrogen Generator Vehicle) uses technology being developed for a range of vehicles that includes autonomous semis and a high performance sports car and will provide 220V and 380V charging capability. 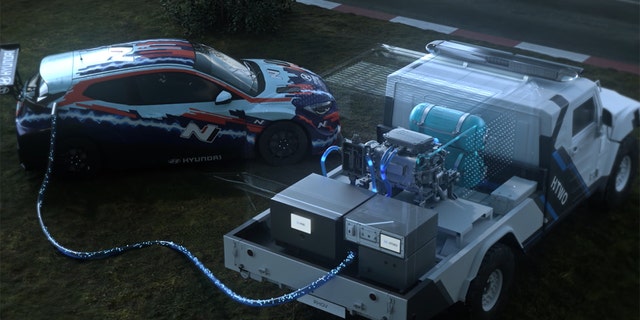 The automaker proposes that it can be used to charge homes during an electrical outage, bring power to science stations in the wilderness and recharge electric vehicles that have run out of charge on the road. 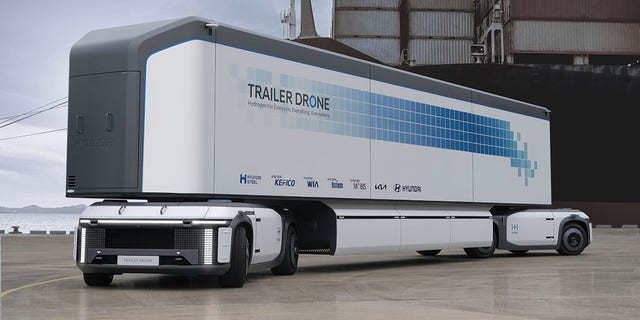 With some irony, and unlike the upcoming battery-powered Hummer EV, the ATV is powered by an internal combustion engine and an exhaust pipe can be seen in the computer rendering of its capabilities.

Along with commercial and military and versions of the ATV, Kia previously said it will launch a leisure version in some markets that would compete against vehicles like the Jeep Wrangler and Ford Bronco.